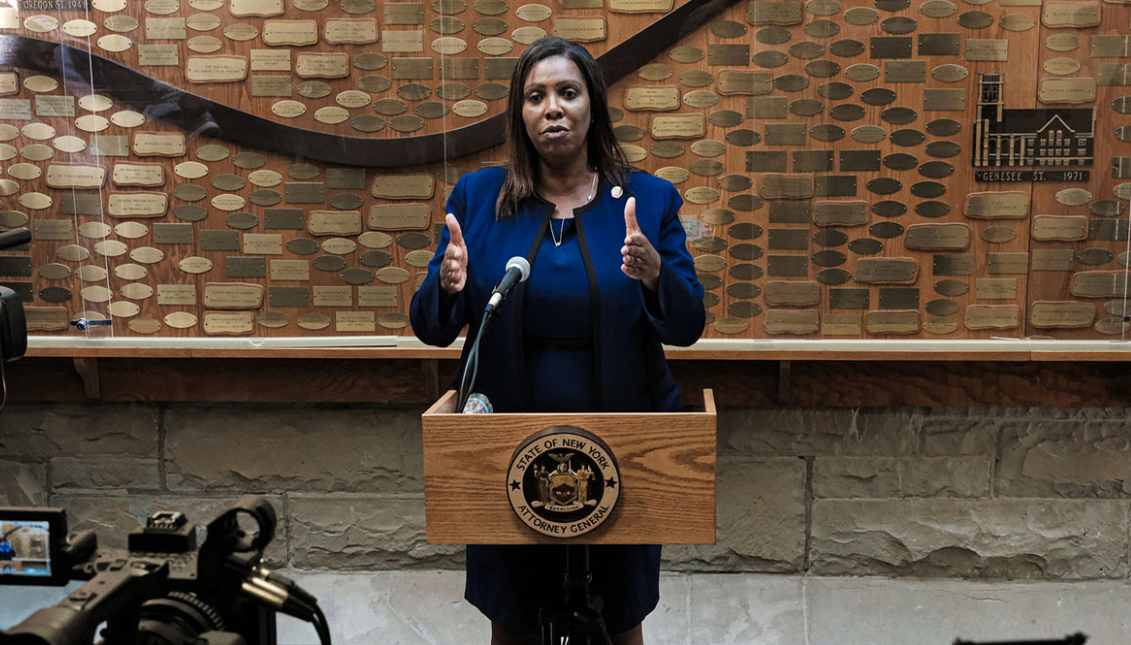 The 41-year-old Black man died after being restrained by Rochester police in March 2020.

New York’s Attorney General, Letitia James has announced that no officers will be charged for the death of Daniel Prude, a 41-year-old Black man who died after being restrained by Rochester police last March.

James said that her office presented the “strongest possible case” to the grand jury, but the panel still decided not to indict any officers.

"While I know that the Prude family, the Rochester community, and communities across the country will rightfully be devastated and disappointed, we have to respect this decision," James said.

Protesters marched in Rochester, NY after police escaped charges for killing #DanielPrude. Officers pinned Prude to the ground in a spit hood, with a knee on his back.

The 7 officers still have their jobs and are on leave.

A protester called it "another Tamir Rice situation." pic.twitter.com/P9f63Qn51a

According to his family members, Prude was visiting Rochester from Chicago, and was in the midst of a mental health emergency when they called police for help. Police initially reported Prude’s death as a drug overdose and it went mostly unnoticed.

But six months later, disturbing body camera footage was released, largely in part due to pressure from Prude’s family. The footage proved not only that his death was not the result of an overdose, but that Prude was met with police brutality despite his clearly unstable mental condition.

The video shows Prude naked on a snowy street, wearing a “spit hood” over his head. One officer was seen pressing Prude’s head into the ground with his hands, while Prude was prone and handcuffed.

An officer is heard saying that Prude vomited, and eventually he became unconscious.

Prude died a week later, and a medical examiner stated that his death was a homicide caused by “complications of asphyxia in the setting of physical restraint.”

Seven officers were suspended over Prude’s death, but their lawyers argue that they were simply following their training that night, using a restraining technique known as “segmenting.” They also claimed that Prude’s use of PCP, which caused irrational behavior, was the true reason for his death.

I probably shouldn’t post this, but people brought up Daniel Prude’s mental health crisis being drug induced, as if that excuses the cops killing him.

I’ve experienced drug induced psychosis. A friend got me to an ER. Nothing excuses the continued reliance on murderous police.

Prude was under the influence of PCP, which led to him experiencing symptoms of excited delirium syndrome. He was evaluated at a hospital for his odd behavior earlier that day, but wasn’t admitted.

When Prude bolted from the house, his family called 911, hoping that the police could de-escalate the situation and bring him home safely. But as the video shows, Prude did not find any semblance of safety or assistance.

James called for the state to review the techniques that officers used against Prude, like “segmenting,” and the use of the “spit hood.” James said that although there’s no evidence to suggest that the spit hood contributed to Prude’s death, it still “added to his stress and agitation.”

Daniel Prude was in the throes of a mental health crisis, and what he needed was compassion, care, and help from trained professionals.

Serious reform is needed in the Rochester Police Department and our criminal justice system as a whole.

James worked with an expert on police-practices who concluded that the use of “segmenting” was reasonable, but it got dangerously out of hand.

The expert said that keeping Prude on his stomach for three minutes, including a minute after he vomited, was “unnecessary, unreasonable and against accepted police practice.”

James also called for law enforcement agencies to be trained in de-escalation strategies as well as training in how to recognize symptoms of excited delirium syndrome.

Lovely Warren, the mayor of Rochester, fired police chief La’Ron Singletary over his handling of the Prude case. Warren called the grand jury decision “hard for many of us to understand.”

“There are no words that can comfort a family who has lost their loved one in this tragic way,” she said. “Our actions going forward will ensure that Daniel Prude’s death was not in vain.”