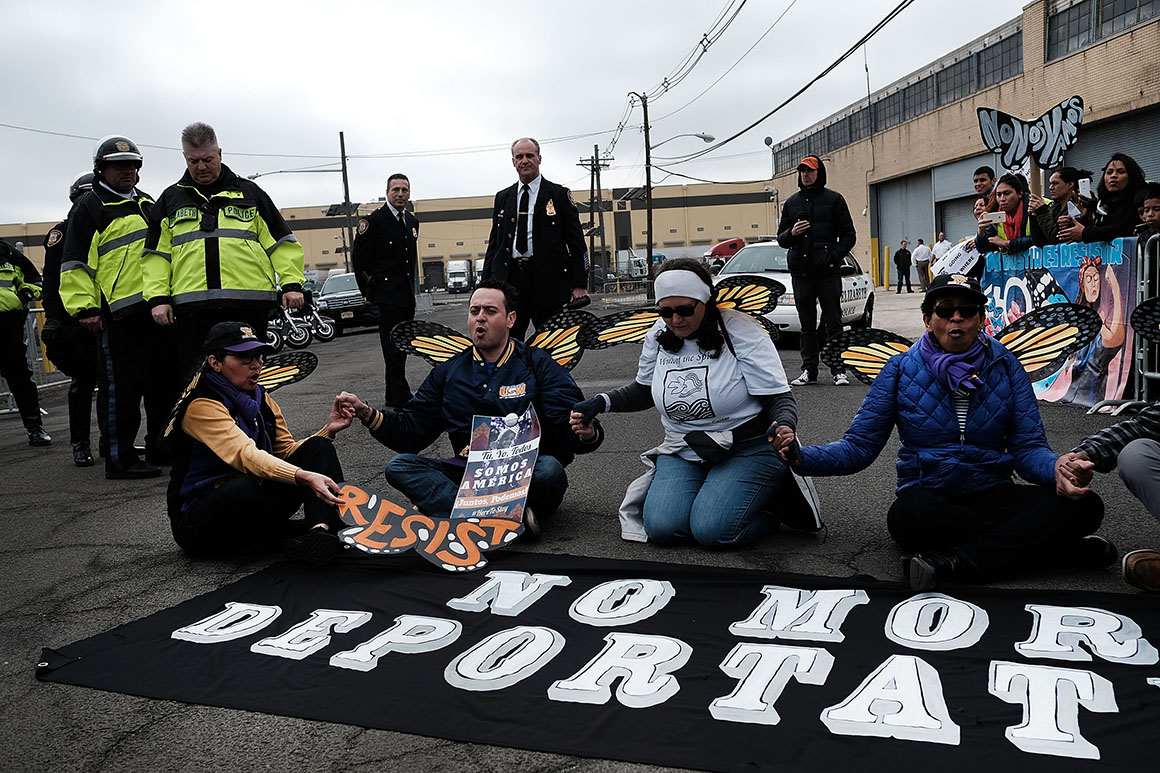 Activists are celebrating the legislation as a result of "powerful, organized resistance." Photo: Spencer Platt/Getty Images

New Jersey jails can no longer work with ICE, per new law

Governor Phil Murphy signed the bill on Friday, Aug. 20, putting the state alongside only a handful nationwide to enact similar legislation.

The new law, Assembly Bill No. 5207 (A5207), prohibits local and private jails or detention centers from “entering into, renewing, or extending immigration detention agreements” with U.S. Immigration and Customs Enforcement, otherwise known as ICE.

New Jersey is now the fifth U.S. state to limit or ban these contracts.

TY to all our partners and supporters who helped get one step closer to #NJforALL pic.twitter.com/fsqXwLJDrd

A5207 does not impact current ICE contracts, only future ones. Currently, Bergen and Hudson counties still have contracts with the agency, and a privately-owned jail in Elizabeth recently extended its agreement with ICE until 2023.

It appears as though this extension could have been avoided, but the bill sat on Murphy’s desk for 10 days while the governor vacationed with his family in Italy.

New Jersey officially bans local agencies and private facilities from signing new or renewed contracts with ICE to detain immigrants. But last week, while the bill sat on @GovMurphy's desk... ICE extended its contract with a private detention center in Elizabeth through 2023

However, under the new law, Elizabeth Contract Detention Facility will not be able to renew the contract with ICE, nor will it be permitted to detain any more migrants.

Murphy quietly signed the bill a day after returning home from his trip, and did not release any statement on his reason for signing.

Under these contracts, detainees wait at the local facilities for court hearings as they potentially await the dreaded possibility of deportation.

According to the legislation, the state's detention centers and correctional facilities "have a history of poor conditions, including inadequate medical and mental health care, use of isolated confinement, and incidents of violence and retaliation against people in detention."

NBC News reached out to a spokesman for ICE in Newark, but he declined to comment on the new law.

The agreements have earned millions of dollars in revenue for local governments, who have charged ICE as much as $120 a day per detainee.

Just in 2018, ICE paid Essex County among the highest rates for beds in the nation — $124 per detainee per night. The county accumulated nearly $35 million from the agency that year, which saw the ICE detainee population soar to almost 800.

Democratic leaders of Bergen, Hudson, and Essex counties have repeatedly defended the contracts.

Despite their steadfast determination to continue detaining immigrants for profit, progressive advocates and human rights groups have long stood against the existence of these centers, which are historically ripe for abuse and civil rights violations.

The momentum grew even stronger as the number of detainees rose under a crackdown on immigration during the Trump-era. Protests have often included hunger strikes by detainees.

In late June, as reported by The Guardian, about 39 detainees held at Newark Jail conducted a hunger strike, shortly before being transferred to Essex County Correctional Center.

Strikers among those transferred from Newark jail as activists say move puts them at risk of being force-fed or deported: https://t.co/KHagrMJp6C #DefundICE

Among their concerns, the main issue was that their video tablets were confiscated, meaning that they could not communicate with attorneys and family members about their potential move.

Abolish ICE NY-NJ, a coalition of organizations seeking to shut down prisons and immigration detention centers, told The Guardian that it was an act of “powerful, organized resistance.”

“The people have shown time and time again that they are willing to put their bodies on the line for freedom. These transfers put them at risk for being force-fed, and in some cases, deported,” the coalition said.

Amy Torres, executive director of the New Jersey Alliance for Immigrant Justice, said that the new law has been “a long time coming, not just for immigrants in New Jersey, but for every family separated by detention.”

“Our state now joins the handful of others who are spearheading the fight to end ICE detention nationwide,” Torres said in a statement.

In a statement, the American Civil Liberties Union (ACLU) said that for too long, New Jersey has enabled and profited from ICE’s “cruel detention system that tears apart families and communities.”