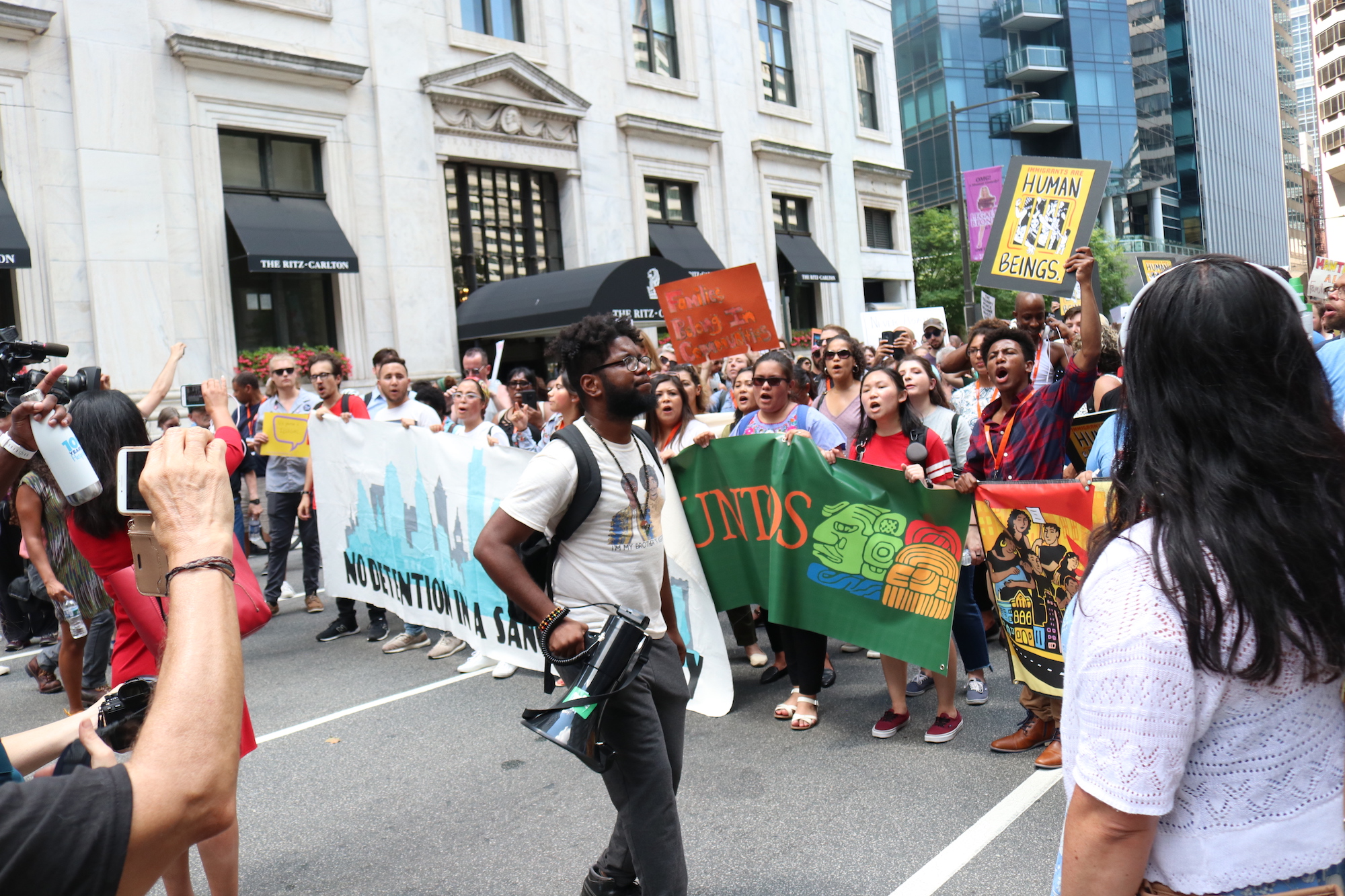 Ant Smith of Philly for R.E.A.L. Justice leads the march in a chant on July 12, 2019. Photo: Nigel Thompson/AL DÍA News.

‘Break the cages, fund the people’ was the rallying cry for protesters on Friday outside the Pennsylvania Convention Center at 12th and Arch streets.

Attendees of Netroots Nation — the nation’s largest gathering of progressive activists — hit the streets in the midday heat to join local organizers for a march against white supremacy.

“Lights for Liberty” is the national protest movement that spawned in response to the imprisonment of migrants at the border and in detention centers across the country.

Philadelphia’s version on Friday expanded to include other issues such as mass incarceration and police brutality and was aptly called the “Netroots Nation Action Jawn”.

It comes in light of Philadelphia’s battle with private company, VisionQuest, over the opening of a youth detention facility for Central American teen migrants in North Philadelphia, and the announcement this week from the Trump administration that ICE raids would begin this Sunday in as many as 10 U.S. cities.

It’s yet to be seen how cities will respond to the threat, but the demonstration on Friday showed activists responding with unity and strength.

“I am here to stand up for injustice that has been going on in our country and to represent all the black and brown people that have been mistreated and done wrong in this country,” said protester Kamar Bennett

The march was MCed by Miguel Andrade of Juntos and YahNé Ndgo of Black Lives Matter Philly and the Black Alliance for Peace.

Chants heard included calls to abolish ICE, to shut down the Berks County Residential Center — which contains a large population of migrant families — and others directed at the police.

Many protesters echoed the words of Rep. Alexandria Ocasio-Cortez, who compared the detention centers to the concentration camps of Nazi Germany in a tweet earlier this month.

“We are here to demand to abolish ICE, and the shutdown of all the concentration camps this country is currently operating,” said protester Jessie Pintor.

She and her husband also brought their daughter to the march to teach her the realities of the country.

“We feel like it’s important that she’s here with us so she knows what’s going on and to send a message: we as a family, don’t tolerate this,” said Pintor.

There were 700 planned "Lights for Liberty" protests across the country on Friday. 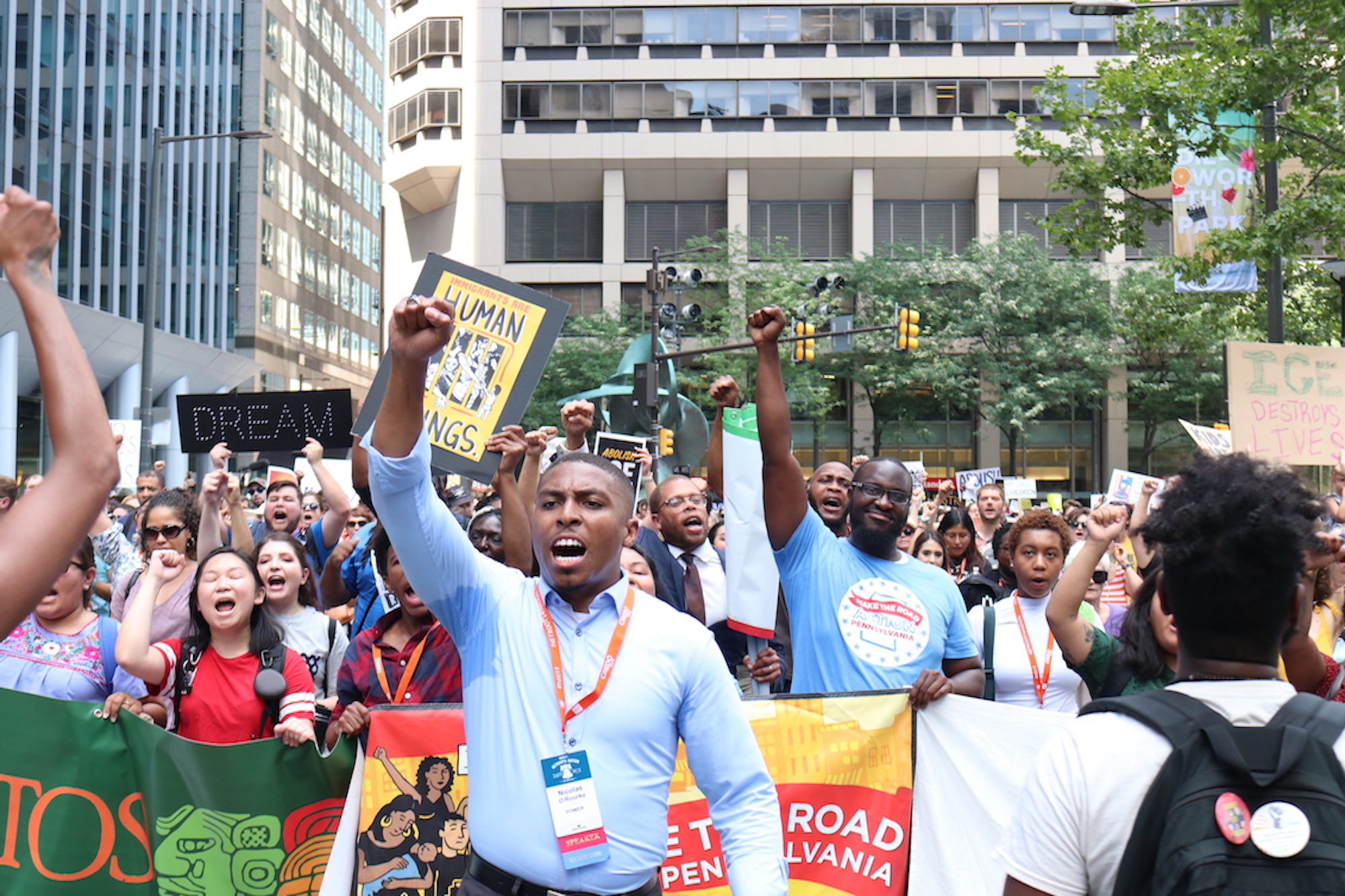 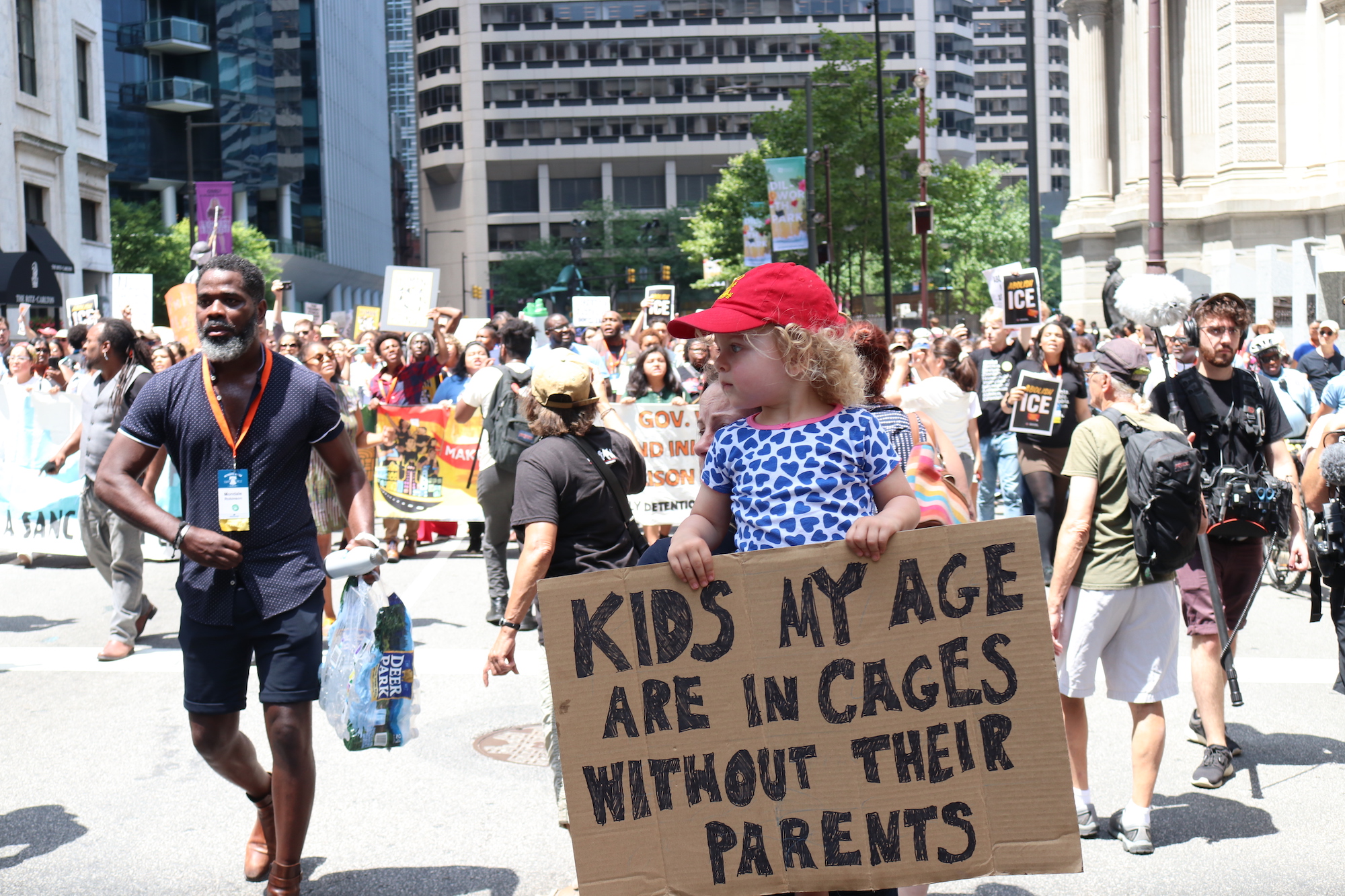