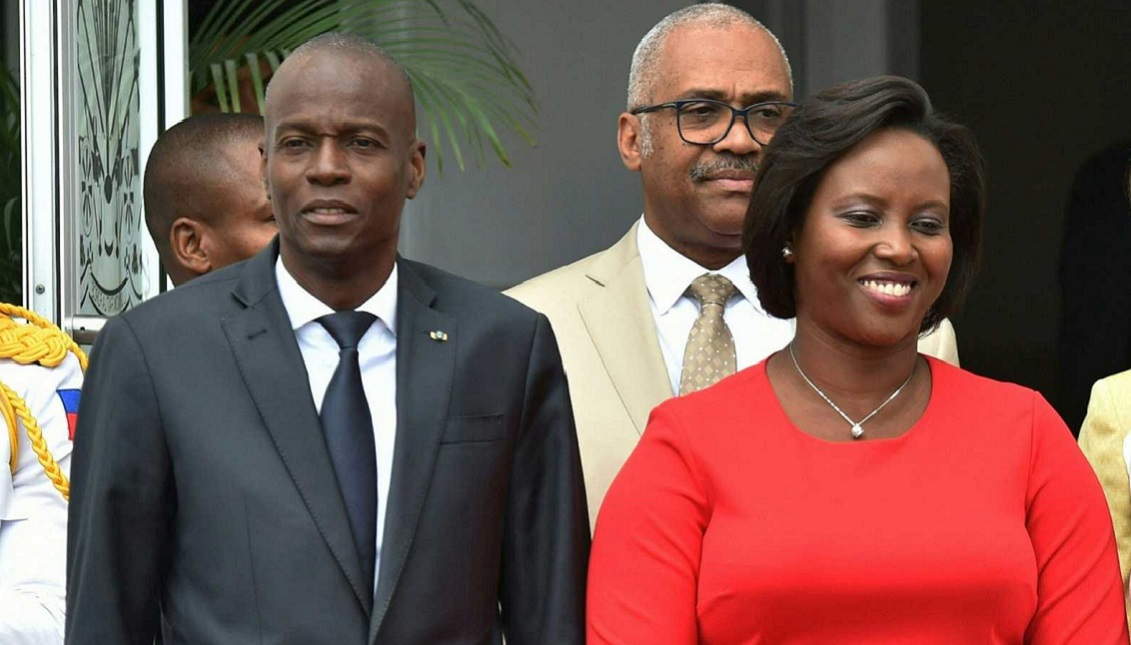 President Jovenel Moïse called his security chief, Dimitri Hérard, in the early morning of July 7 to ask him for help. The squad of Colombian mercenaries had already taken over his residence. It was his last communication before he was killed. Photo:…

The potential drug trafficking connection to the murder of Haiti's president

President Jovenel Moïse's security chief has been on the list of prime suspects. Now, details of Dimitri Hérard's links to the drug trafficking have been…

The political motivation as the main cause of the assassination of Jovenel Moïse, president of Haiti, on July 7, continues to lose strength for investigators.

In an extensive report published by The New York Times, it revealed the suspicions of the U.S. Drug Enforcement Administration (DEA) about the drug trafficking business of Dimitri Hérard, who oversaw Moïse's personal security.

As is recalled, a mercenaries’ command, mostly comprised of Colombian ex-military, raided the president's residence without major opposition from those who guaranteed his security. Once inside the building, Moïse was tortured and murdered. Hérard is under arrest in connection with the events.

Martine Moïse, widow of the assassinated and wounded president, has called for an investigation of her husband's security detail because they allowed the mercenaries to raid their property. It was initially known that at 1:44 a.m. on July 7, her husband made his last call when the armed command was in control of his residence.

"I need your help now," he told his interlocutor, who turned out to be Hérard. He did nothing to prevent the president from being assassinated.

In its article, the Times states that Hérald has been tracked for years after the disappearance of large quantities of cocaine and heroin in local anti-drug trafficking operations. A group of judges and a relative from a former Haitian president are also allegedly involved.

It is also recalled that Haiti has become a stop-over point for drug trafficking to the United States, with the complicity of government officials. Keith McNichols, former DEA agent, who was involved in the investigation of the loss of a large drug shipment in April 2015, is even mentioned.

"Corruption goes to the highest levels," he told the Times. He assures that "justice is elusive."

In a specific incident six years ago, according to witnesses, Hérard and Charles Saint-Rémy, brother-in-law of former President Michel Martelly, who governed between May 2011 and February 2016, were involved.

This information is new and serves to search for the true motivations of the president´s assassination.

The political motivation began to fade when details of the days prior to the assassination became known. Even the economic factor was raised, based on interests in multi-million dollar contracts in the electric sector, in which the Colombian businessman Arcángel Pretel, a security expert who is also known as Gabriel Pérez, and partner of the Venezuelan Antonio Intriago in Florida´s company CTU, sought for the mercenaries and served as host in several meetings in Florida, would have interest.

The details of the conspiracy were revealed at the time by the Investigative Unit of the Colombian television news Noticias Caracol.

"He is credited with having influenced the Haitian leaders involved in the coup, among them the captured doctor Christian Sanon," read a newspaper article that quoted retired captain German Rivera, a Colombian captured in Port-au-Prince.

"Gabriel was in some meetings in Washington, with the FBI and the Justice Department in the United States, talking about those projects here. That's what he said, but he sent me photos in the offices before entering. At the UN, he met with the Ambassador of Haiti, with the Ambassador of the Dominican Republic. He sent me some photos, but I don't know," he said.

According to Noticias Caracol, Arcángel was linked to the Justice Department as an informant in a drug trafficking case involving the FARC. Apparently, Arcángel's role consisted of lying about his good relations to obtain a million-dollar contracts in some energy plant projects on the island, for which security support would be required.

The last thing known about Pérez was that on the night of the crime, he communicated with some Colombian mercenaries to assure them that they were safe from Haitian justice — a promise he did not keep.