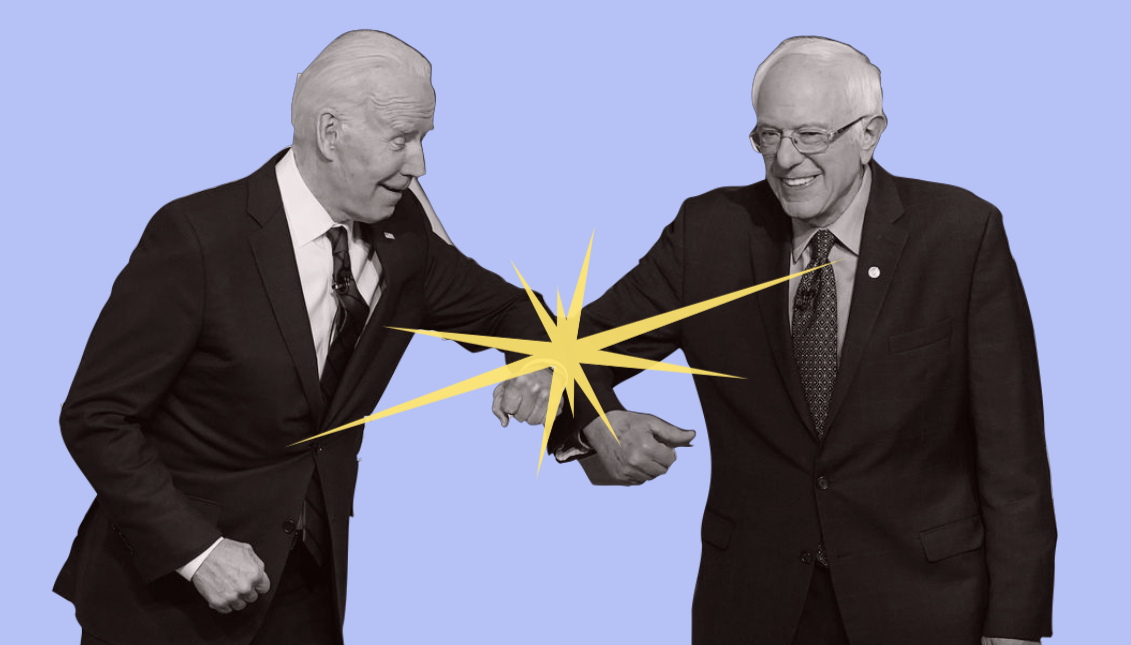 The ad is among a dozen new ads aimed at the Latino vote, and prominently notes Biden has Sanders’ endorsement.

“Since the day he announced for president, Donald Trump has been at war with the Latino community, calling us rapists and criminals, attacking DREAMers, separating mothers from their children,” the ad narrator says.

“Trump’s allowed the coronavirus to spread, devastating our community, where we’re dying at a higher rate than other Americans,” the ad continues.

It targets Latino voters and attacks President Donald Trump in regards to the COVID-19 pandemic. It also features a heavy dose of Bernie Sanders influence, featuring an image of him and Biden bumping elbows at a debate during the COVID-19 crisis.

Nuestro PAC and America’s Progressive Promise, run by Sanders’ former presidential campaign aides, are behind the ad, which has been released in both English and Spanish. The seven-figure TV and digital buy, according to The Hill, will be featured in swing-states like Arizona, Michigan and North Carolina.

Trump won all three of these states in 2016, and Democrats are on a mission to flip them.

The goal of the campaign is to appeal particularly to young Latino voters, youth in general, and Sanders backers in supporting presumptive Democratic presidential nominee Joe Biden.

The partnership comes after a coalition of Democrats presented Biden with a progressive policy roadmap titled,”Biden-Sanders Unity Task Force Recommendations,” largely focused on the climate crisis and environmental justice

“While Joe Biden and I, and our supporters, have strong disagreements about some of the most important issues facing our country, we also understand that we must come together in order to defeat Donald Trump, the most dangerous president in modern American History,” Sanders wrote on Twitter regarding the recommendations.

While @JoeBiden and I, and our supporters, have strong disagreements about some of the most important issues facing our country, we also understand that we must come together in order to defeat Donald Trump, the most dangerous president in modern American history. 1/3 https://t.co/0sO3oGkBmr

The 110- page document by the Unity Task Force includes key issues including criminal justice reform, building a more just economy, and responding to the recession caused by the COVID-19 pandemic and the Trump administration's lack of response towards Black Americans, Latinos, Native Americans, and women who have disproportionately suffered.

“I look forward to working with Vice President Biden to help him win this campaign and to move this country forward toward economic, racial, social, and environmental justice.” Sanders continued.

Sanders is correct in saying the Democratic party contains strong disagreements throughout the spectrum, but he knows the wrong way to move forward is by further dividing the party.