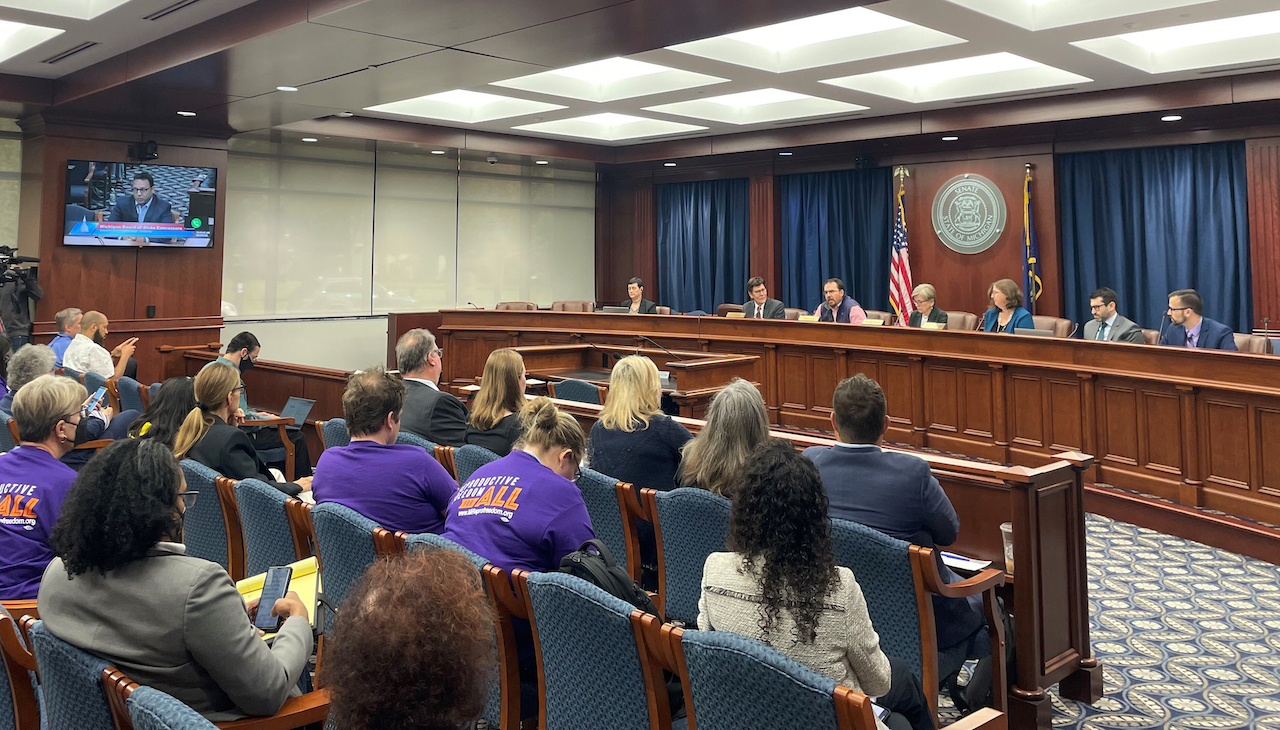 MI voters will be able to decide about abortion in November. Photo: Joey Cappelletti/Report for America via AP

The state Supreme Court passed a 5-2 ruling before the ballot was to be finalized on Friday, Sept. 9.

Following the end of Roe v. Wade this Summer, the Supreme Court left abortion in the hands of individual states to decide its fate. In certain states across the country, abortion bans have taken place while others are fighting to protect it. This past Thursday, Sept. 8, Michigan took a step towards the latter, and for protecting women's rights overall.

Michigan joined four other states, Kentucky, California, Montana, and Vermont in being the states where voters will decide the future of abortion access in their respective states. On Thursday, Sept. 8, the Michigan Supreme Court ordered that a measure previously discussed meant to enshrine abortion access and protections in the state constitution go on the ballot for voters in November.

The court passed the ruling 5-2 a day before the state ballot was to be finalized.

In her concurring opinion, Chief Justice Mary McCormack, who voted in favor of having it on the ballot, spoke on its prior rejection, calling it “a sad marker of the time.”

The state Supreme Court announced Thursday that voters will have the choice to add abortion protections to the state consititution in November. This reverses a state board decision that previously voted to not allow it on the ballot over issues relating to typography and word spacing. Supporters of the new proposal say it can possibly block Michigan’s long-standing 1931 Abortion law, which bans the procedure completely with the exception of situations where the mother’s life is in danger.

The proposal entitled, Reproductive Freedom for All according to their website, “will affirm that every person has the fundamental right to reproductive freedom, which involves the right to make and carry out decisions without political interference about all matters relating to pregnancy, including birth control, abortion, prenatal care, and childbirth.”

Darci McConnell, communication director for the Reproductive Freedom for All campaign, said the Michigan ruling could spur victories elsewhere.

“We are energized and motivated now more than ever to restore the protections that were lost under Roe… This affirms that more than 730,000 voters read, signed, and understood the petitions,” he said. “Claims from the opposition are simply designed to distract from our effort to keep the abortion rights we had under Roe for nearly 50 years.”

A record number of over 750,000 people signed the petition to put the measure on the Nov. 8 ballot.

This is a good sign for Democrats who have seen a boost of late over abortion in certain states known to historically be conservative, such as Kansas, where voters decided against the ban or limit of the procedure on the state’s constitution. With states now in charge of the future of the procedure, Democrats hope the backlash towards the Supreme Court in relation to Roe v. Wade will play in their favor.

“I think we saw in Kansas that the ballot measure certainly increased turnout and changed the turnout equation significantly to make it more favorable to folks who favor abortion rights,” Jessica Post, president of the Democratic Legislative Campaign Committee said in a statement. “And so these Republican candidates have finally kind of gotten what they wanted and what they’ve been working for forever, and they’re ready to face a giant electoral backlash.”