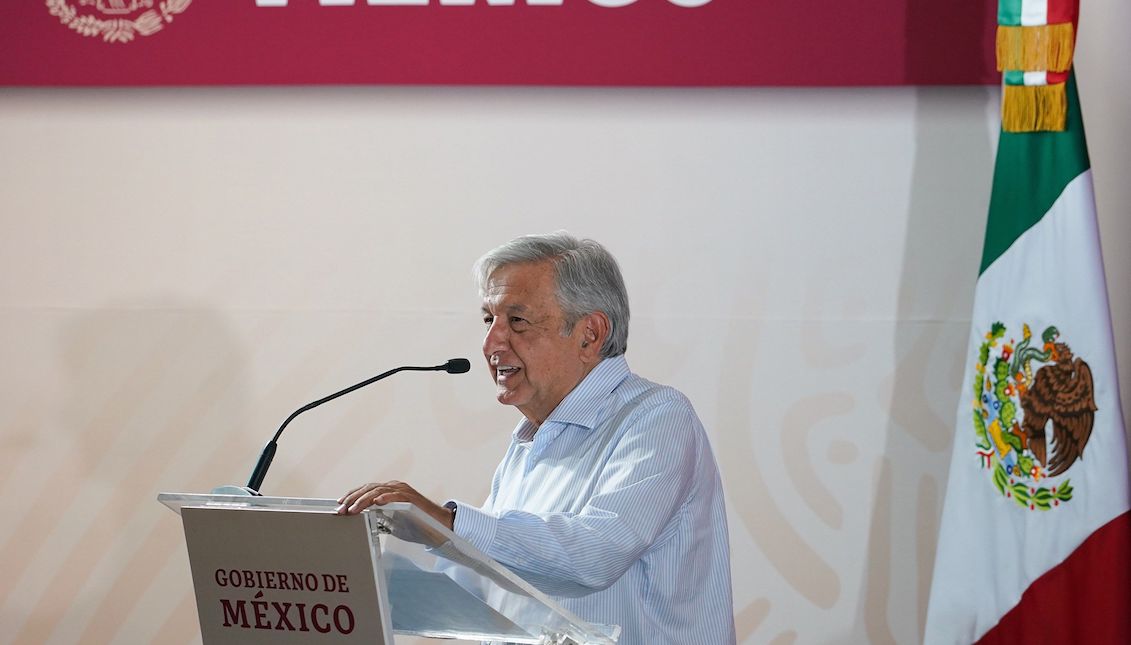 Mexico agrees to receive undocumented immigrants with asylum applications in the United States, but not before setting conditions in cases of unaccompanied…

Andrés Manuel López Obrador assumed the presidency of Mexico in the midst of a critical situation along his country's border with the United States.

What President Donald Trump has called a "national emergency" is the product of his insistence on denying entry to any undocumented immigrant into the country, and has been framed in his struggle to get Congress to approve a wall "or barrier" on the border.

The Trump administration has also demanded that Mexico receive back the immigrants that had passed through the ports of entry into U.S. territory seeking asylum.

In doing so, the administration quoted Section 235 of the Immigration and Nationality Act (INA), which provides for the ability of an Attorney General to "return" any alien who arrives "from a foreign territory contiguous to the United States" while awaiting the resolution of their immigration procedure.

Over the past week, the government announced the return of the first group of people to Mexico. The newspaper La Opinión reported that Mexico "refused to take responsibility for these people, although it will accept their arrival in the country."

According to Mexican Foreign Ministry Spokesman Roberto Velasco, "the members of the group would be people from different countries of Central America," and would have begun their process to obtain asylum in the U.S. after having entered "through Mexican territory."

Similarly, Velasco said that immigrants "have a humanitarian visa" issued by the Mexican government that allows "multiple entries and exits from the territory."

Due to the particular circumstances of these immigrants, the López Obrador government has decided to "take responsibility for the legal situation" of the group "for humanitarian reasons," and in a "temporary" manner, ensuring that "it refuses to return any foreigner to their country of origin where his life is in danger.”

However, López Obrador also laid down conditions surrounding the arrival of immigrants according to specific circumstances.

Velasco added that the return process “must be made in compliance with the formalities established by Mexican law," and Mexico will refuse to accept "unaccompanied minors or people with health problems."

"In the case of families, the issue will be treated separately given the complexity involved in their reception," he said.

Likewise, the Mexican government will not be responsible for the "physical" relocation of asylum seekers once the application has been completed, which would imply that "it will not accept the return of foreign persons who have appealed the refusal to their request of asylum."