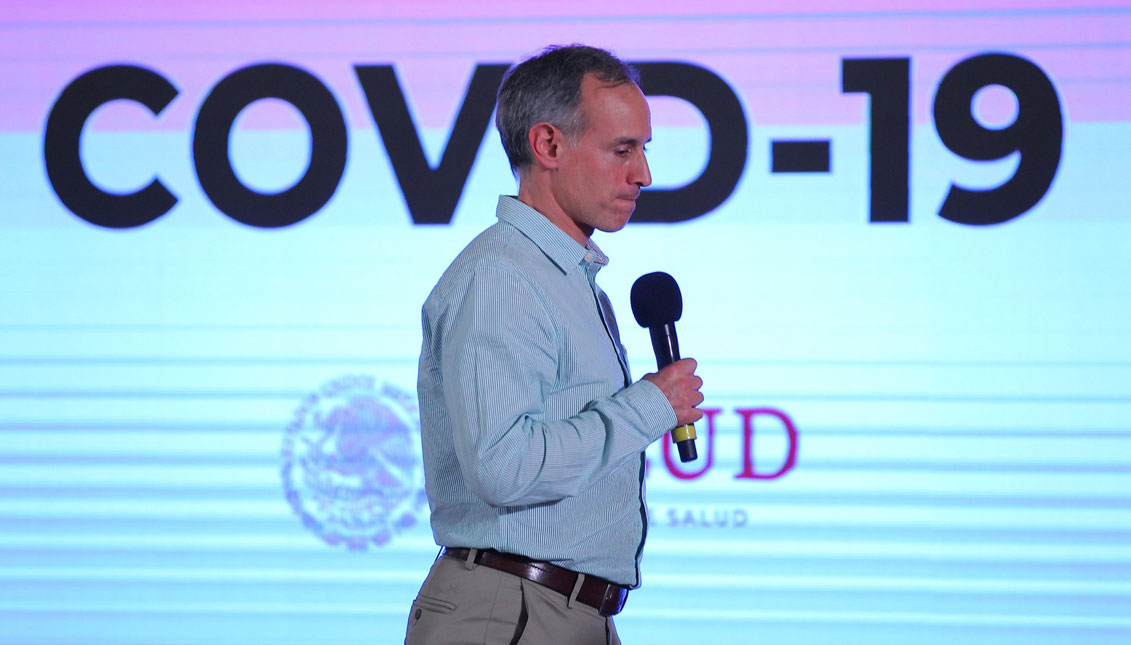 Finally, the Mexican government has declared a health emergency and is asking its citizens to keep a "co-responsible home shelter" until April 30.

On the night of March 30, the Mexican federal government held a press conference in which the Undersecretary of Health, Hugo López-Gatell, presented the measures that the federal government had taken to contain the COVID-19 epidemic. Afterwards, Foreign Minister Marcelo Ebrand read the presidential decree declaring a health emergency.

Among the activities exempted from the suspension are all those related to the provision of medical services, public security and justice, legislative activities, activities essential to the economy (such as food and energy production and distribution) and the delivery of government social programs.

A measure that, while helping to regulate the number of interactions people may have, remains quite modest compared to the measures taken by other countries. But, above all, it implies a radical change of position considering that two weeks before the Mexican authorities allowed the Vive Latino festival to take place, where some 40,000 people were exposed to the risk of contracting the virus.

3.         The request to all the population in Mexico to comply with the co-responsible home shelter and voluntarily limiting their mobility, staying at home as long as possible.

The undersecretary of health was very emphatic on the need to comply with this measure, so much so that he repeated several times to the citizens the prayer "Stay at home". However, it was also clear that this is not a quarantine or a curfew.

This measure applies even to those engaged in the essential activities that the federal government exempted from the suspension.

5.         After April 30, the Secretaries of Health, Labor and Economy will issue the instructions for a gradual return to the entire population.

This measure is perhaps one of the most appropriate that the federal government has contemplated in the declaration of emergency. Inasmuch as the spread of the virus among the population is as inevitable as the need to reactivate the economy and other aspects of society, the gradual return of the population to their functions may help to mitigate the economic impact while still having relative control over the population's exposure to contagion.

6.         The postponement, until further notice, of all types of census and in-person surveys.

7.         The indication that all measures are implemented in accordance with human rights.

For weeks, the President, Andrés Manuel López Obrador, has expressed himself in front of the COVID-19 with a speech, apparently, much more humanitarian than several of his counterparts in the continent. While it is true that many right-wing governments around the world are taking advantage of the economic and health crisis to increase their exercise of power, laxity in indications such as "voluntarily limiting mobility" can give rise to all kinds of interpretations by the population, as well as transmitting an image of lack of control in the face of the crisis.