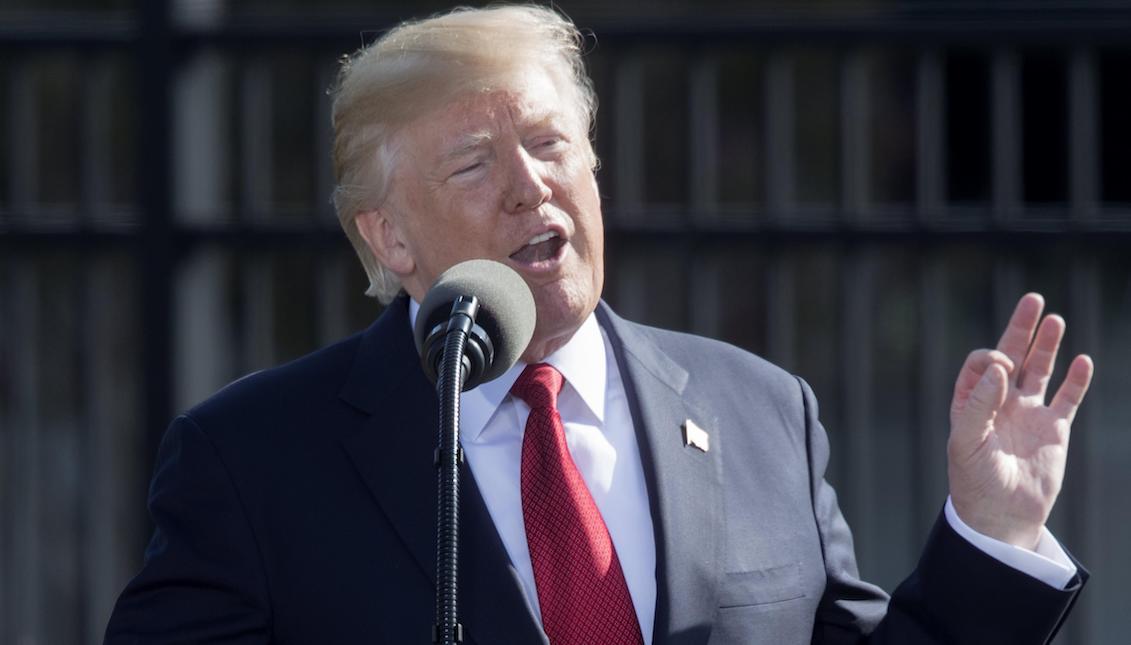 The United States suffered the largest terrorist attack in its history with nearly 3,000 dead 16 years ago. The Twin Towers of New York are reduced to rubble after the impact of two airplanes, kidnapped by an al-Qaeda command. The Pentagon was hit by…

Trump pays tribute to victims of 9/11

President Donald Trump pays tribute to the victims of the terrorist attacks of September 11, 2001, amid a state of emergency due to the impact of two natural…

"Today our entire nation grieves with you and with every family of those 2,977 innocent souls who were murdered by terrorists 16 years ago," President Trump said Monday in a speech from the Pentagon, site of one of the attacks of September 11, 2001.

The commemoration took place at sites affected by the terrorist attack: in New York began at 8:46 am with a moment of silence that spread throughout the city, remembering the time when the first plane hit the north tower of the World Trade Center that fateful Tuesday. At 9:37 a.m., the President made a similar gesture from the Pentagon, marking the exact moment when American Airlines Flight 77 struck the building.

"These are horrible, horrible enemies; enemies like we've never seen before," the president said during his speech at the Pentagon. "But we are making sure that they never again have a safe haven to launch these attacks against our country."

This was the promise of President Trump: to persecute terrorists, who will not get "sanctuary far from our reach", nor will they hide in "this vast land."

During his speech, the president made no mention of his travel ban against citizens from Muslim-majority countries, but chose to recall the way in which the country has changed since the attacks.

On that day, not only did the world change, but we all changed,” said Trump. “Our eyes were opened to the depths of the evil we face. But in that hour of darkness, we also came together with renewed purpose. Our differences never looked so small, our common bonds never felt so strong.”

Although, as The Independent rightly recalls, that day, the then New York tycoon was only concerned to see that his building at 40 Wall Street was now the tallest in downtown Manhattan.

During his presidential campaign, Donald Trump appropriated terrorist sensitivity and assured that if it had been under his rule, "those people who brought down the World Trade Center, would not have been here to do it," and that he would be " smarter" than his predecessor in dealing with terrorism. What the president seems to forget is that 15 of the 19 hijackers of the 9/11 aircraft were Saudi citizens, a country omitted from his list of banned countries in his supposed fight against terrorism, and the first nation to be officially visited during his first trip as president, where he signed a billion-worth arms sale agreement.

Contrary to what he predicted during his presidential campaign - and having the same time that George Bush had in office at the events of 11S - Donald Trump does not seem to be prepared for many things, much less to address security issues. The whole country looks keenly at his response to the natural catastrophes that have plagued the territory, while the president remembers the failures of previous administrations.