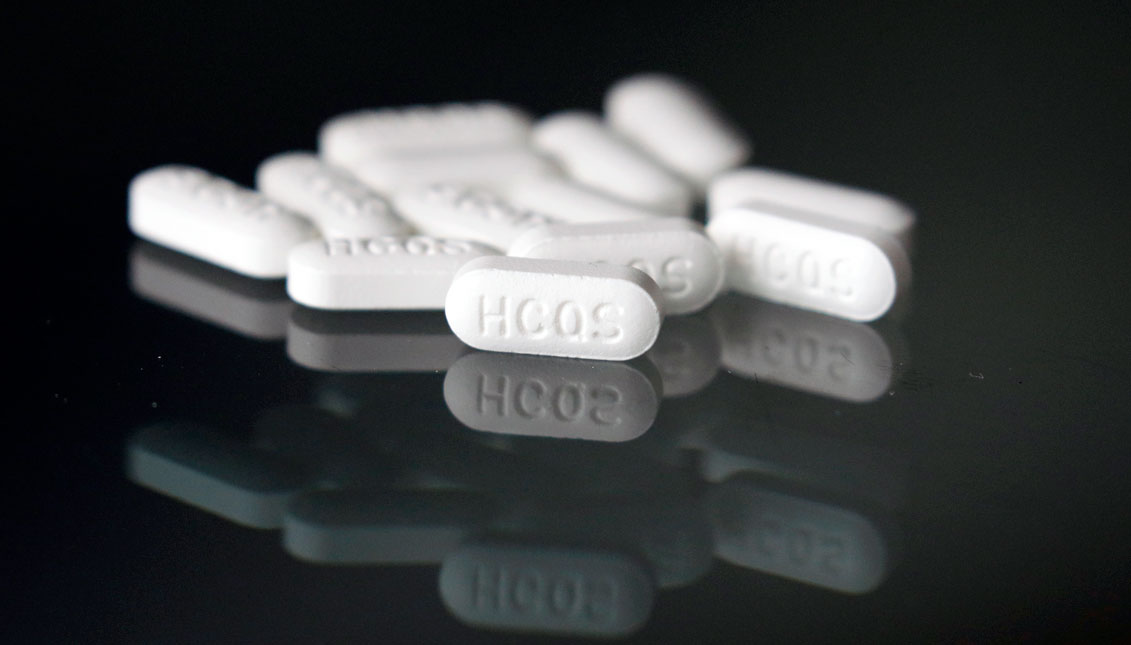 What is Hydroxychloroquine and why does Trump want to promote it?

The U.S. president has been insisting for weeks that the anti-malarial drug is the magic formula against COVID-19.

Donald Trump announced last Monday that he was taking Hydroxychloroquine as a preventive medication against the Coronavirus, repeating his months-long campaign for the antimalarial treatment that has been contraindicated by specialists during the pandemic.

Coinciding with an outbreak of the virus in the White House, the President reportedly told his doctor that he wanted to begin treatment, according to the Washington Post.

"After numerous discussions he and I had for and against the use of hydroxychloroquine, we concluded the potential benefit from treatment outweighed the relative risks," wrote White House physician Sean P. Conley, who added that Trump continues to test negative for the virus.

Trump decorated his speech with "anecdotal testimony" as evidence that it works as a treatment or prevention for the virus.

"I think it's good. I've heard a lot of good stories. And if it's not good, I'll tell you right. I'm not going to get hurt by it," he told reporters at the White House, noting it has long been approved to treat malaria, rheumatoid arthritis, and lupus. "It's been around for 40 years."

Hydroxychloroquine, as we know it today, belongs to the family of drugs called "antimalarials" (AM).

With the evolution of the pharmaceutical industry, more effective drugs have come on the market, now called DMARDs and known by their trade names as Plaquenil (the one the President is supposedly taking), Aralen, and Atabrine.

The first effective treatment using antimalarial quinine dates from 1834 in cases of cutaneous lupus –a disease caused by autoimmune phenomena.

However, there are records of treatment for malaria using the so-called "Jesuit Dust" in the New World from 1638, a drug produced from the bark of a tree.

Two centuries later, the active substance was identified as quinine.

Despite its success during the first decades of the 20th century, Hydroxychloroquine (HCQ) was synthesized in the mid-1940s and proved effective in the treatment of systemic (in organs) lupus and rheumatoid arthritis.

How does it work?

Although hydroxychloroquine treatment has been the subject of much speculation, scientific research has determined that it works by killing the organisms that cause malaria while simultaneously decreasing the activity of the immune system.

Its presentation in tablet form for oral consumption is used as a preventive measure against malaria. It is taken in two or up to four doses, always under the supervision of a doctor.

In the case of other diseases, treatment is usually daily, also under professional supervision.

Does it work against Coronavirus?

The short answer is no.

According to recent studies conducted by the Hubei Province Department of Science and Technology's COVID-19 Pneumonia Epidemiology Center, chloroquine (CQ) "shows antagonism against COVID-19 in vitro", however, "evidence on its effects on patients is limited".

The research carried out between 4 and 28 February 2020 subjected 62 patients suffering from Coronavirus to additional HCQ treatment, of which two patients presented adverse reactions.

A joint investigation by the Divisions of General Medicine and Pulmonary and Infectious Diseases at the Mailman School of Public Health, the Vagelos College of Physicians and Surgeons, Columbia University, and New York-Presbyterial Hospital-Columbia University Irving Medical Center warned against administering Hydroxychloroquine because of the lack of "strong evidence" of its effectiveness.

In their study of 1446 consecutive patients, 811 received Hydroxychloroquine and, after 48 hours, had slightly better conditions than patients who did not receive the treatment.

Their conclusion, however, was that "there was no significant association between hydroxychloroquine use and intubation or death."

These kinds of results have divided the medical community between those who support the view that it is better to have half a choice than none at all, and those who caution against drawing strong conclusions, the occurrence of severe side effects and the risk of a lack of treatment for patients with arthritis or other diseases that Hydroxychloroquine does help alleviate.

Why is the President advertising it?

Despite warnings from advisors such as Dr. Antohony S. Fauci, the government's leading infectious disease specialist, President Trump has insisted during the pandemic on encouraging the use of Hydroxychloroquine, without solid evidence to support his recommendation.

"Here we go, you ready? Here's my evidence. I get a lot of positive calls about it," Trump said Monday. "The only negative I've heard was the study where they gave it — was it the VA with, you know, people that aren't big Trump fans gave it."

The President was referring to research released in late April, where the medical records of 268 male patients at Veterans Affairs hospitals across the country showed a high mortality rate in patients treated with Hydroxychloroquine alone or in combination with antibiotics.

Although many have raised the possibility that the President is campaigning for the drug for his own economic purposes, the chances are slim.

"If hydroxychloroquine becomes an accepted treatment, several pharmaceutical companies stand to profit, including shareholders and senior executives with connections to the president," the New York Times explained. "Mr. Trump himself has a small personal financial interest in Sanofi, the French drugmaker that makes Plaquenil, the brand-name version of hydroxychloroquine."

It seems then that this is just a desperate move by the President to make the country believe that he does, in fact, have a tangible solution to the worst public health emergency the country has ever faced.