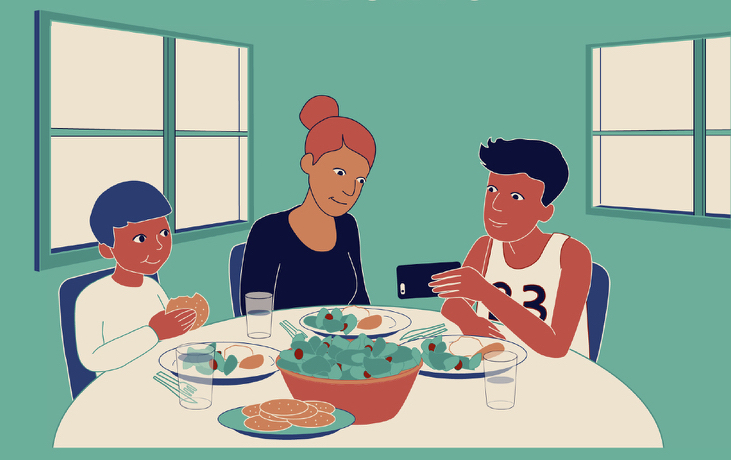 The “My Neighbor’s Rights” Campaign, launched by Esperanza and Esperanza Immigration Legal Services, is a bilingual multimedia approach to equipping…

If I can’t pick up my kids from school, who will? What will happen to my kids if I am taken away? Where can I go if I feel that nowhere is safe? How can I protect my family? How can we prepare for the worst?

Imagine being bombarded with these thoughts, constantly; never sure of what could happen in a public space or who could come knocking on the door in the privacy of your home. For roughly eleven million immigrants, being in an incessant, cautionary state of fight or flight is the only way to go-about daily life in this country undocumented. When stress and fear are the norm, desperation can lead immigrants to be easily wooed by sources and settings that claim to be reliable and safe, but really are seeking to exploit the demand for protection and legal services.

Churches (and other houses of worship) have historically been places where the documented and undocumented alike can congregate in refuge; a sensitive location where citizenship status can remain in anonymity and class is irrelevant, and where access to affordable resources abound.

Esperanza, located in North Philadelphia and with a long ongoing tradition of being connection to national faith-based organizations, and its subsidiary nonprofit Esperanza Immigration Legal Services, are taking advantage of the ways that Churches disseminate information to their parishioners and the powers that be of the World Wide Web in their newest initiative, “My Neighbor’s Rights”.

“Post-Election and Post-Inauguration of Donald Trump”, Mary Clark (the Executive Director of Esperanza Immigration Legal Services) explains, “began to receive an influx of emails and phone calls from schools, churches, and grassroots groups expressing a rise of anxiety in the immigrant community. The uptick in arrests orchestrated by ICE and the increasingly hostile political climate has only caused immigrants to show up less and less to events catered to them. We realized that we needed to approach these vulnerable persons in a more confidential way. With this campaign, we’re making sure that Churches- which ICE is discouraged to raid -are hosting informational workshops, and that watching our videos on YouTube from home can make a huge impact.”

Though Esperanza is closely linked with the Church, Josue Duarte (the Vice President of Marketing and Media) contends that “My Neighbor’s Rights” is a simple, secular concept, which aims to make sure that every type of immigrant and citizen- documented or undocumented, a Churchgoer or not, politically Left or Right -has the tools available to make knowledgeable choices for themselves and for their families. “If you have the opportunity to share this information with somebody who needs it, that is your ethical responsibility”, Duarte avows.

Furthermore, Esperanza Legal Immigration Services opens its doors to all and is anti-discriminatory, offering aid and assistance to LGBTQ immigrants, Trans* and non-binary immigrants, Spanish-speaking immigrants, areligious or non-Christian immigrants, and non-Latino immigrants. The “My Neighbor’s Rights” campaign extends to them as well.

This past month, 107 people were arrested over a four-day period in Philadelphia by U.S. Immigration and Customs Enforcement, as a part of “Operation Safe City”, which targets sanctuary cities. In total, over 500 people around the country were taken by ICE officers, with various case examples evidencing that folks with no record whatsoever were detained, or were a part of an ongoing investigation that had not been lawfully closed. Oliver and Duarte both contend that the Trump Administration’s frenetic and often random decisionmaking or he-say she-say (and sometimes, he-tweet she-tweet) in regards to immigration policy has immigrants more concerned and addled than ever. “My Neighbor’s Rights” hopes to reorient and direct these people- our brothers and sisters, our neighbors -towards the best advice and the best counsel that they can receive.

Esperanza is an organization about HOPE, it’s in our name, and most of all, we want to instill hope for the ones who don’t have it. This hope is achieved by providing an opportunity and putting it in front of everybody who needs it, whether it be through education, through economic development, or through faith. We are working on transforming and amplifying the ways that we can spread our message of hope and the good work that we do. - Josue Duarte

The first phase of the campaign kicks off this October 15th 2017 in a slew of Hispanic-serving congregations nationwide. Sign-ups are available here.