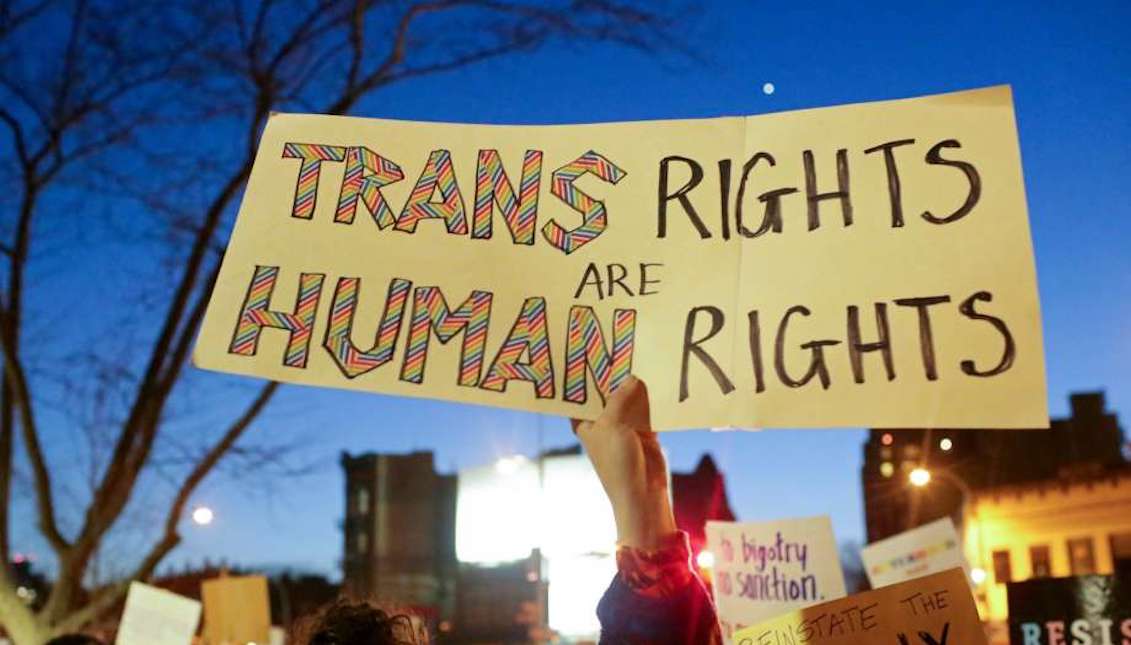 After the New York Times reported over the weekend the intention of the Trump administration to reduce the gender definitions contemplated by federal law,…

The force of the law is in the word, and the Trump administration knows it, to the point of retaking traditional strategies in politics to reinforce its conservative and retarding ideologies.

Last Sunday the New York Times reported that the Trump administration is considering "narrowly defining gender as a biological immutable condition determined by genitalia at birth," with the firm intention of "reversing the recognition and protections of transgender people under federal civil rights law."

In a measure designed by the Department of Health and Human Services (DHS), the government intends to "establish a legal definition of sex under title IX," a legal section that prevents educational or financial assistance discrimination based on gender.

What is Title IX?

It is an educational amendment dating from 1972 that prohibits discrimination based on sex within educational programs and activities that receive financial assistance from the federal government. It was modified during the Obama administration to also cover discriminations based on assigned sex, gender identity, and transgender status. In this way, and through what is known as the "Dear Colleague Letter," the government of Barack Obama established measures to prevent widespread discrimination against members of the LGBTQ community.

What has the Trump government done so far?

From its first days in the office, the Trump administration has decided to grant schools the decision to allow transgender students to use bathrooms that match their gender identity or not. The government has also tried to prohibit transgender people from serving in the armed forces, arguing that they would imply higher spending on medical care.

What would a Transgender Bill of Rights do?
July 18th, 2022
Bradbury-Sullivan LGBT Community Center has appointed an interim executive director
April 13th, 2022
The story of a transgender Wayúu Indigenous woman
March 25th, 2022
What is the new proposal about?

According to the New York Times, DHS has established that "key government agencies need to adopt an explicit and uniform definition of gender as determined on a biological basis that is clear, grounded in science, objective and administrable.” This new definition would define sex only in terms of male or female, "unchangeable and determined by the genitals that a person is born with,” and any dispute about the sex of a person should be clarified "using genetic testing.”

What would this imply?

In this way, 1.4 million transgender Americans would lose federal recognition and, therefore, financial assistance and much of their rights. In fact, the possibility that a person can access hormone therapy and sex reassignment surgery, as well as the choice of facilities that best meet the needs of their chosen gender, could be abolished.

Although the DHS has argued during the last few months that it is a problem of "terminology" implemented by the Obama administration and that the word "sex" should never have included gender identity or even homosexuality when legislating on protections of the LGBTQ community - the modification of civil rights laws remains at the government's disposal.

According to Vox, one of the reasons why this type of measure is possible is because "under federal and most states’ laws, discrimination against LGBTQ people, based on sexual orientation and gender identity, is not explicitly prohibited.”

However, the final decision could be fought at minor courts, and could even reach the Supreme Court in the best of scenarios, since it’s an attack against citizen rights and could lead to the normalization of hate crimes and widespread discrimination nationwide.