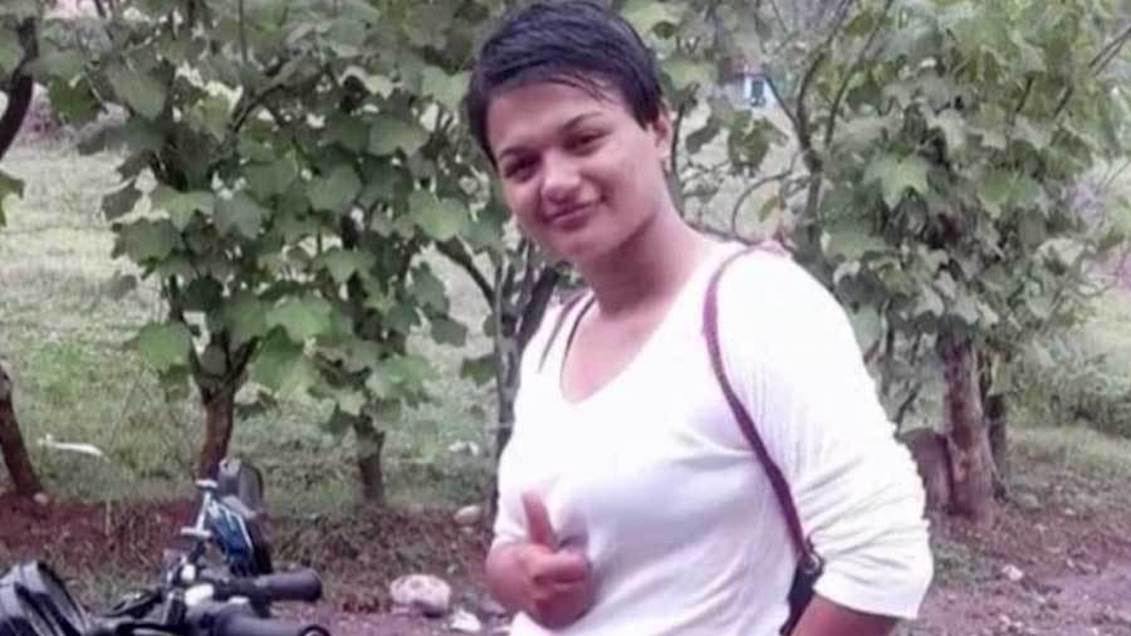 Laura Monterrosa, an undocumented immigrant from El Salvador, was detained by the Immigration and Customs Enforcement Office and allegedly subjected to sexual abuse and psychological terror in a detention center in Texas. Photo: https://alminutonews.com

The Salvadoran immigrant who reported sexual abuse in a detention center in Texas has been released after a three-month campaign in her favor.

This is another unnoticed story of the chain of suffering immigrants are subjected to when trying to rebuild their lives in the United States.

Laura Monterrosa, a 23-year-old Salvadoran immigrant, was arrested in May 2017 after trying to enter the country without documents, fleeing the daily aggression against LGBTQ people that happens in her country. After 10 months in prison, and under threat of deportation, she decided to speak and make public her sexual harassment situation inside the facilities of the T. Don Hutto Detention Center in Taylor, Texas.

According to Univisión, Monterrosa wrote a letter of complaint detailing her situation and asking the Williamson County Sheriff's Office to "take the reins of the investigation."

The pro-immigrant activist group Grassroots Leadership made the letter public, and assumed the legal defense and the struggle for the liberation of the young Salvadoran woman.

In her letter, Monterrosa explained that one of the guards "was looking for any moment to take advantage of me and try to touch my breasts or my legs," specifying that the situation of "torture and threatening relationship" had begun during the month of June.

A new office to provide oversight for U.S. detention centers
February 2nd, 2023
Texas appoints 'czar' to promote the construction of a wall on the border with Mexico
January 31st, 2023
Rep. Monica De La Cruz shows off Selena fandom with portrait of the late singer in her office
January 5th, 2023

According to the Grassroots Leadership, the then prisoner was interrogated by officials "about the sexual assault and her mental health, and threatened to put her in solitary confinement in medical isolation."

In addition, and as the Monterrosa letter continues, these practices are common among detention center officials, and residents "are generally threatened with being transferred to another detention center or deported immediately if they speak."

Thanks to her letter and the struggle of the activist groups, her case came to the FBI during the month of December and an investigation was opened, but as the immigrant explained to Mundo Hispánico (in Spanish), she suffered retaliation after speaking: "At the beginning when they took my complaint, I felt like they were taking me not as a victim, but as a criminal," she said, assuring that the pressure reached such a point that she tried to take her own life.

The struggle of Grassroots Leadership and the Mexican American Legal and Educational Defense Fund (MALDEF) managed to introduce an appeal for her release before the judge who issued her removal sentence, and finally she was able to leave the confinement last weekend, although she’s still under a deferred action that temporarily stops her deportation.

"(The Liberation of Monterrosa) demonstrates the power of the community," Bethany Carson of Grassroots Leadership told Univision. "But we also know that there are more than 500 women locked up in Hutto every night. Our hearts are full knowing that Laura will not spend more time in Hutto, but we will not stop fighting until all the injustices in Hutto are addressed and their facilities are closed once and for all."

The Federal Government has agreed to grant Monterrosa sessions of psychiatric treatment to deal with her diagnosis of post-traumatic stress and major depressive disorder.