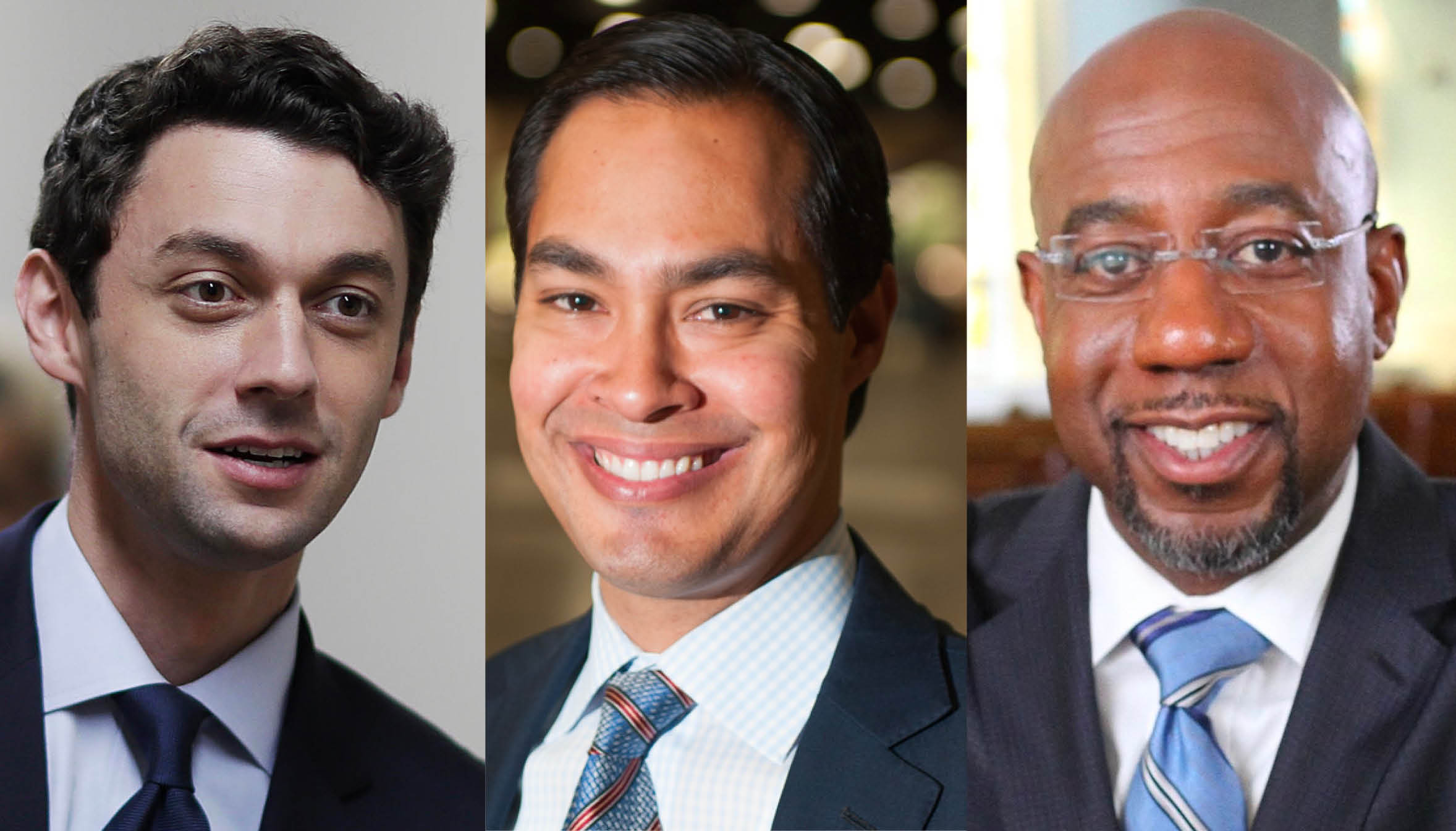 A mobilizing force, Julián Castro is seeking to amplify the electoral opportunities in Georgia — the final frontier in the fight for a Democratic Senate.

After a tense General Election, the Democratic party found itself with an opportunity to flip the Senate, but chances are slim.

Now all eyes are on Georgia, where two Senate runoff races will determine what party controls the Senate.

But Democratic challengers Rev. Raphael Warnock and Jon Ossoff may not be the underdogs they appear at first glance, especially after their party’s presidential nominee won Georgia for the first time in nearly 30 years.

And now, former 2020 Presidential candidate Julián Castro has thrown himself onto the campaign trail for both candidates as the races come down to the wire.

Castro has demonstrated himself to be a mobilizing force over the course of his bid for the presidency, holding dozens upon dozens of events and town halls for both Biden and other down-ballot candidates across the nation.

The former San Antonio Mayor joined the campaign trail for candidates Ossoff and Warnock this week, as Democrats look to strengthen their presence in the state before the crucial election at the top of January.

“If Mitch McConnell is given the keys to the Senate again, nothing is going to get done for the people of Georgia,” Castro said to a small crowd of organizers in Atlanta on Dec. 7.

Both parties are looking to increase the percentage of Georgia’s non-white voting populations, who could widen the gap of victory on both sides.

While Ossoff has demonstrated an affinity for connecting with younger voters on novel platforms like TikTok, Castro’s status as one of the most prominent Latino politicians in the country brings a lot to the campaign trail.

Thanks Secretary @JulianCastro for helping me get out the word that early voting in Georgia starts in just 6 days. pic.twitter.com/2D7MXpLkWp

Georgia Latinos favored Biden with about 62% of the vote according to Washington Post exit polls, with men nearly evenly split and Latinas preferring Biden by a margin of 70% to 30%.

But this allegiance in numbers has no guarantee that it will translate effectively into the Senate race. President Trump increased his Latino support in Georgia by about 10% between 2016 and 2020, signaling there is no Latinx allegiance if they are taken for granted.

It will take investment in Latinx grassroots organizers like Mi Familia Vota and understanding of the demographic’s nuances to send a clear message to Georgia’s Latinx electorate — a failure that cost Biden the state of Florida.

In a recent interview with The Americano, Castro shared some thoughts on Ossoff and Warnock’s efforts to connect with Latino voters.

“They are not taking any votes for granted. They are reaching out to the Latino community and making sure they are registered to vote and vote. I am happy to support both candidates,” he said.

While the 2020 election proved that there’s no such thing as a “Latino vote,” and that rather than being a single “Latinx community,” there are several, the candidates’ singular approaches may work in Georgia, as the Latinx demographic isn’t as nuanced (yet) compared to other states.

As the final day passed for Georgians to register to vote in the U.S. Senate runoff, both Senate candidates spent the following days touring the state with Castro hoping to raise awareness of the upcoming start for early voting on Dec. 14 for young voters.

NBC exit polls show 20% of voters aged 18-29 made up the Georgia electorate during the general election— a huge portion of the vote that could potentially grow.

“Young, passionate people have always driven progress in this country—that’s especially true here in Georgia,” Castro wrote in a tweet.

I’m grateful to join @ReverendWarnock and organizers in Atlanta to talk about what’s at stake for young people in this election. pic.twitter.com/VtAgGEMCDd