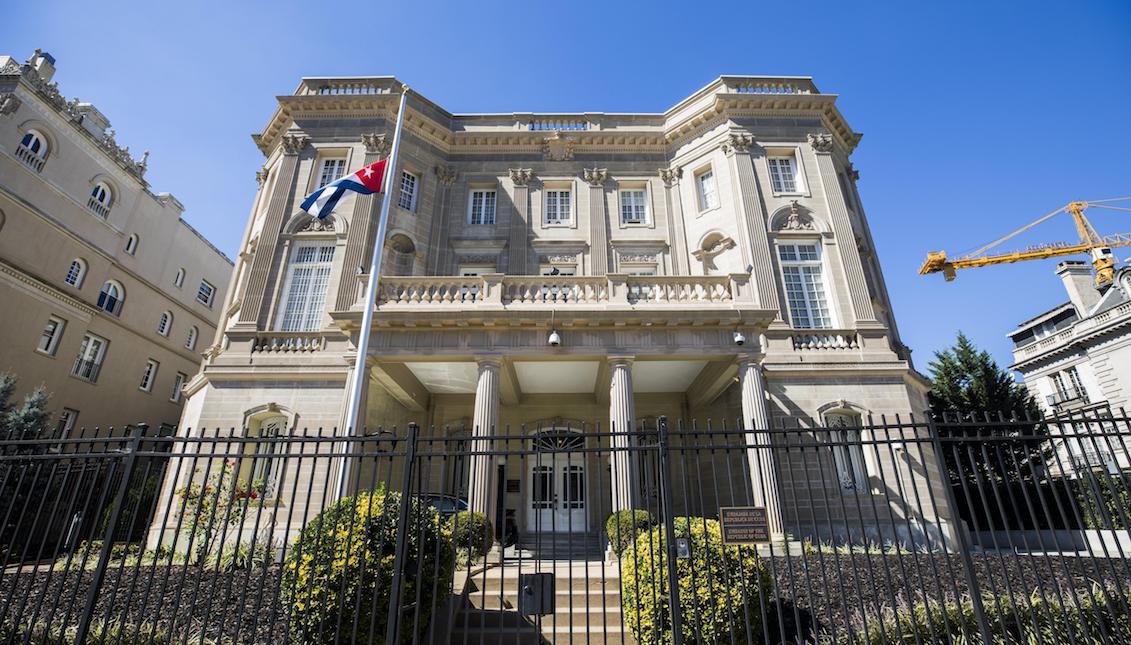 View of the facade of the Cuban embassy in Washington, DC, on Tuesday, October 3, 2017. The United States ordered the departure of 15 Cuban Embassy officials in Washington in response to alleged "acoustic" attacks against at least 22 US diplomats in Cuba…

Tension mounts between Cuba and the US

A "mysterious attack" has hit US officials on the island, opening a new front in weak diplomatic ties between the two countries.

The weak bridge that had been built between the United States and Cuba is about to break.

On Tuesday, the Trump administration ordered the expulsion of 15 Cuban diplomats from its embassy in Washington, after having withdrawn "more than half of its staff at the embassy in Havana" last week.

The argument is the lack of involvement of the Cuban government in the investigation of the strange illnesses that have affected the American personnel inside the island.

According to the New York Times, the symptoms of US diplomats and their families included hearing loss, dizziness, tinnitus, balance and vision problems, headaches, fatigue, cognitive problems and difficulty sleeping.

The Trump administration had been evaluating the presence of these signs since the end of January, when it was determined that all cases were related and could be caused by "some kind of attack, perhaps by a sound device, a toxin or a virus".

In an official statement, Secretary of State Rex W. Tillerson said the United States States was expelling 15 Cuban diplomats “due to Cuba’s failure to take appropriate steps to protect our diplomats in accordance with its obligations under the Vienna Convention.” For Tillerson, the measure "will ensure equity in our respective diplomatic operations."

This decision was communicated to Cuban ambassador Jose Ramon Cabañas on Tuesday, and diplomats have seven days to leave US territory, Reuters reported.

“Until the Government of Cuba can ensure the safety of our diplomats in Cuba, our embassy will be reduced to emergency personnel to minimize the number of diplomats at risk of exposure to harm,” Tillerson said in a statement.

Likewise, the secretary of state assured that “We continue to maintain diplomatic relations with Cuba, and will continue to cooperate with Cuba as we pursue the investigation into these attacks.”

These new measures represent the second thrust to the Obama administration's plan to regain diplomatic relations with the island after President Trump had buried attempts at recovery by reactivating the Cuban embargo under conditions of "free elections" in the past month of June.