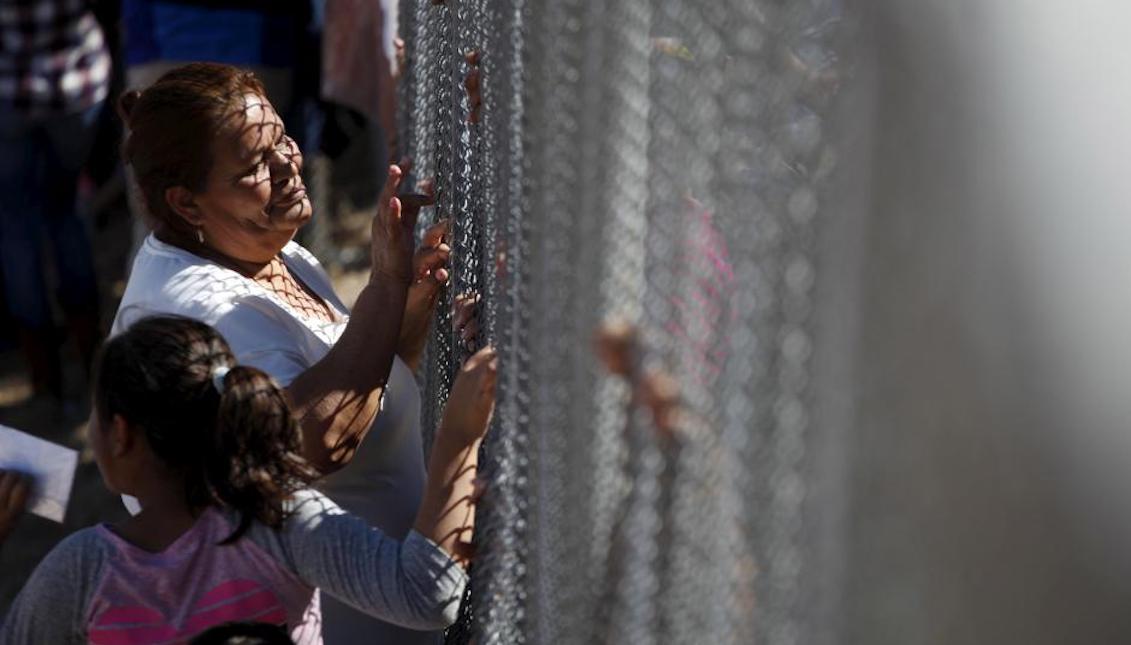 FILE PHOTO: A woman touches a family member through the border fence between Ciudad Juarez and El Paso, United States, after a bi-national Mass in support of migrants in Ciudad Juarez, Mexico, February 15, 2016. REUTERS/Jose Luis Gonzalez.

United Nations: Separating families at the border is illegal

According to the United Nations Office of Human Rights, separating immigrant families upon their entry into U.S. territory is a violation of international law.

The Trump Administration forgets that international rules also apply at home, even when its government thinks it’s immune to the decisions that affect the rest of the world.

This statement has been affirmed by the United Nations Office of Human Rights, which categorically rejected what it described as a practice that “amounts to arbitrary and unlawful interference in family life, and is a serious violation of the rights of the child," Ravina Shamdasani, spokeswoman for the Office of the United Nations High Commissioner for Human Rights, told the press.

The office demanded that the U.S. government "immediately stop" its accelerated policy of separating families who cross the border without documents, insisting that "there is nothing normal about detaining children," USA Today reported.

This new mechanism was launched a month ago when Kirstjen Nielsen, the national security secretary, approved the policy in which anyone who caught crossing the border illegally would be processed immediately, leading to the separation of families traveling together, including separating children from their parents.

This is part of the new "zero tolerance" policy announced by Attorney General Jeff Sessions regarding undocumented immigration across the border with Mexico.

During a conference in Scottsdale, Arizona, on May 7, Sessions said that "if you are smuggling a child, then we will prosecute you and that child will be separated as required by law. If you don’t like that, then don’t smuggle children over our border," POLITICO reported.

"Children encountered at the border can be classified as unaccompanied minors if their parents are prosecuted and detained for criminal charges, which would place them in the custody of the Health and Human Services Department (HHS) until they can be placed with a guardian," the report continued.

But it was this same department that lost track of 1,475 undocumented children placed in the custody of guardians, as evidenced by the statement of HHS official Steven Wagner before a Senate committee on Tuesday, April 24.

According to an Associated Press report, between the months of October and December of 2017, HHS had placed 7,635 undocumented children into the care of adult sponsors but it was found that only 6,075 of these children were still living with their sponsors, 28 had run away, 5 were deported and 52 were living with someone else. The whereabouts of the rest of them, which total 1,475, is unknown.

In view of these facts, the United Nations office has reliably demanded the suspension of the separation policies in the United States, to which the U.S. ambassador in the agency, Nikki R. Haley, responded with profound irritation:

"Once again, the United Nations shows its hypocrisy by calling out the United States while ignores the reprehensible human rights records of several members of its own Human Rights Council," she said. "While the High Commissioner’s Office ignorantly attacks the United States with words, the United States leads the world with its actions, such as providing more humanitarian assistance to global conflicts than any other nation."

Perhaps Haley was referring to the massacre committed by the U.S. military forces in Syria or the government's neglect of the devastation of Puerto Rico after the passage of Hurricane Maria. What is certain is that Trump's government refuses to consider that any attack against the immigrant community is perceived as a violation of the law.