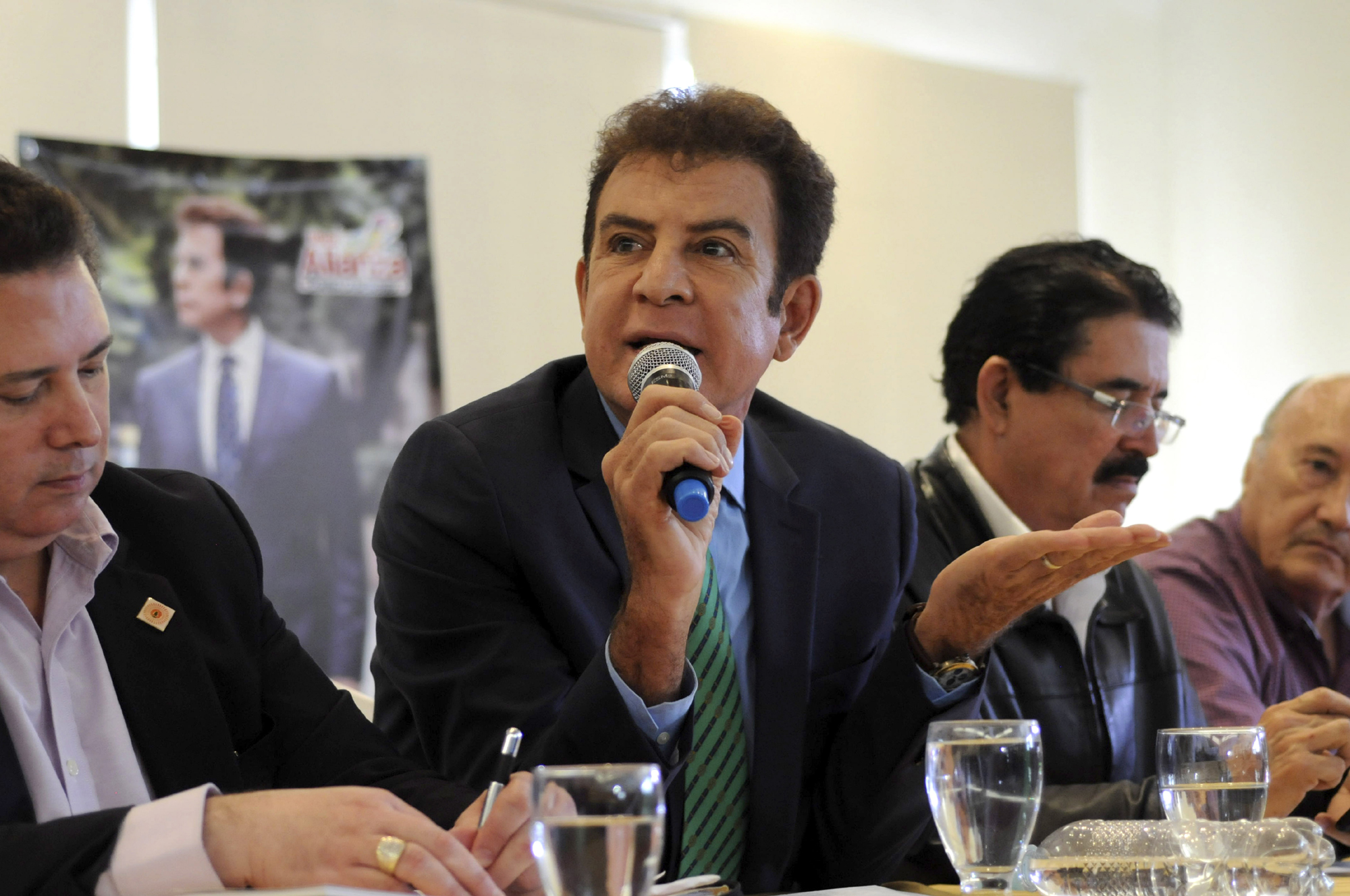 Presidential candidate, with the Alliance of Opposition against the Dictatorship, Salvador Nasralla (C), offers statements to the press in Tegucigalpa, Honduras, 07 December 2017.

The Supreme Electoral Tribunal of Honduras will conduct a special recount of 4,753 ballot boxes before naming the new president.

The Supreme Electoral Tribunal of Honduras said on Thursday that it will carry out a special recount of 4,753 ballot boxes to name the new president following the recent elections.

The incumbent president, Juan Orlando Hernandez, and the main opposition candidate, Salvador Nasralla, claimed victory on Thursday in the elections held on Nov. 26.

"The Supreme Electoral Tribunal and the bench of judges took the decision that the ballot boxes which were not transferred on that night (of the election) and have not undergone a special count, will be inspected and a vote by vote count of these 4,753 boxes will be carried out," SEC chief David Matamoros said at a press conference.

He said that the results from these boxes were not made public on the internet, an issue also raised by the Opposition Alliance Against Dictatorship, the opposition coalition led by Nasralla.

"These were the ballots not made public on Sunday" Matamoros said, adding that earlier recounts were held on Dec. 3 and 4.

The tribunal chief said that the special recount was being carried out so that the people of Honduras have no doubts about the definite results of the elections, in which President Hernandez, the candidate of the National Party of Honduras has been declared the winner in the results that have been contested by the opposition.

According to the Tribunal's declared results, Hernandez received 42.98 percent of the total votes, while Nasralla received 41.38 percent.

Matamoros said that the recount will be public, as transparent as possible and under a lot of observation.

He added that the tribunal had taken note of the recommendations of the Organization of American States (OAS) and the European Union to order the special recount.

The ruling National party of Honduras applauded the decision to hold a recount, while the opposition has accused the SEC of manipulating the votes.

The Supreme Electoral Tribunal has until Dec. 26 to officially declare the president-elect and the new deputies and mayors elected in the Nov. 26 elections.