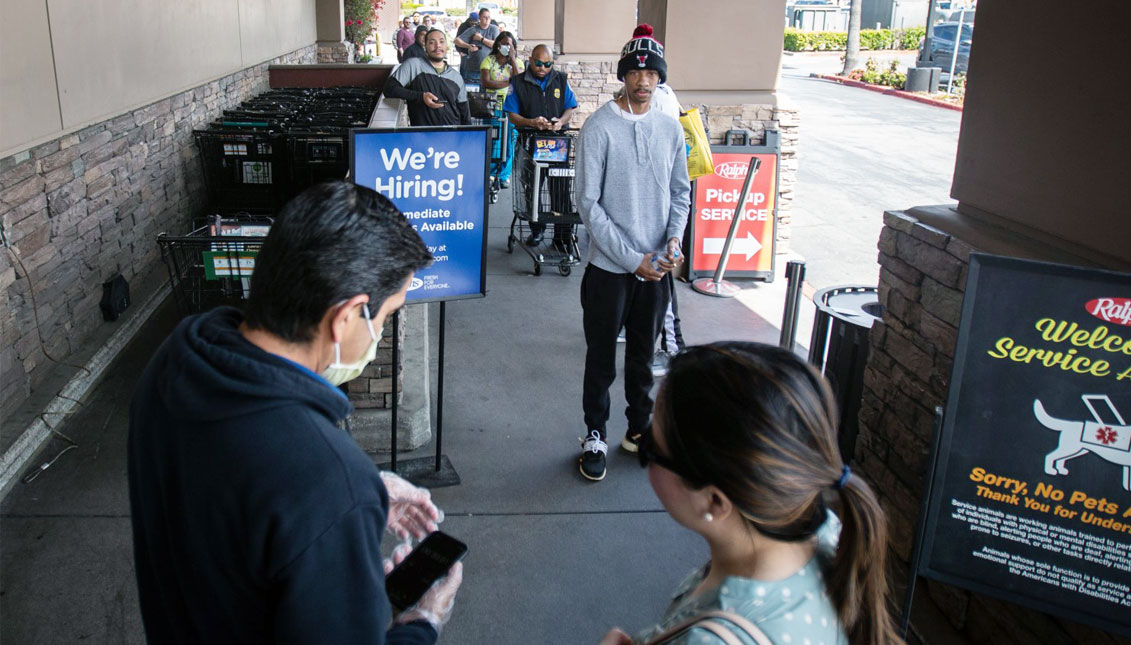 Governor Gavin Newsom announced a measure this week to raise funds to help undocumented immigrants in his state.

While the federal government insists on "opening up" the country without a mass testing protocol to contain the spread of COVID-19, people of color and undocumented immigrants are taking the brunt of the worst public health crisis in decades.

After Congress approved an economic stimulus package to support businesses and citizens, and amidst national failures to distribute the funds, undocumented immigrants remain on the sidelines.

Except in California, where Governor Gavin Newsom has decided not to turn his back on the community that represents 10 percent of the workforce in the nation's largest state economy.

According to KTVU, Newsom announced on Wednesday an extension of hours for the unemployment call center to help the 2.7 million Californians who have applied for economic aid, as well as said the state would create "a fund to help undocumented immigrants.”

"Undocumented immigrants will be eligible to tap into a $125 million relief fund as they navigate through the economic upheaval unleashed by coronavirus outbreak," Newsom announced as a palliative measure to the lack of federal funding for the community.

"We feel a deep sense of gratitude for people that are in fear of deportation but are still addressing the essential needs of tens of millions of Californians," Gov. Gavin Newsom said as he announced the new fund on Wednesday. "And that's why I'm proud as governor to be the very first state to announce a program for direct disaster assistance to those individuals."

The one-time benefit will provide $500 in support per adult, with a cap of $1,000 per household, Newsom's office said. The fund combines $75 million in state donations with $50 million from private philanthropists.

According to CNN, the governor's measure will benefit about 150,000 undocumented immigrants, who "are essential and overrepresented in many sectors keeping the state afloat, such as health care, agriculture and food, manufacturing and logistics, and construction.”

The American Community Survey (ACS) estimated that, by 2018, there were 10.6 million undocumented immigrants in the country, of which some 7.6 million are part of the country's labor force.

Despite being one of the demographic groups that pay the most taxes per year –an estimated $2.5 billion in 2019– undocumented immigrants do not benefit from either unemployment insurance or congressionally approved funds, due in large part to the outright refusal of the Republican Party.

But thanks to private donations from organizations such as the Emerson Collective, the Chan Zuckerberg Initiative, the James Irvine Foundation, the California Endowment and the Blue Shield Foundation, California already has a base of $50 million in aid.

"I'm not here to suggest that $125 million is enough. But I am here to suggest it's a good start, and I'm very proud it's starting here in the state of California," Newsom said.

The state's funds will be dispersed through regional nonprofits who have experience serving undocumented communities and personal information from undocumented workers will not be required, according to CNN affiliate KTLA. It is not clear when those funds would be dispersed.