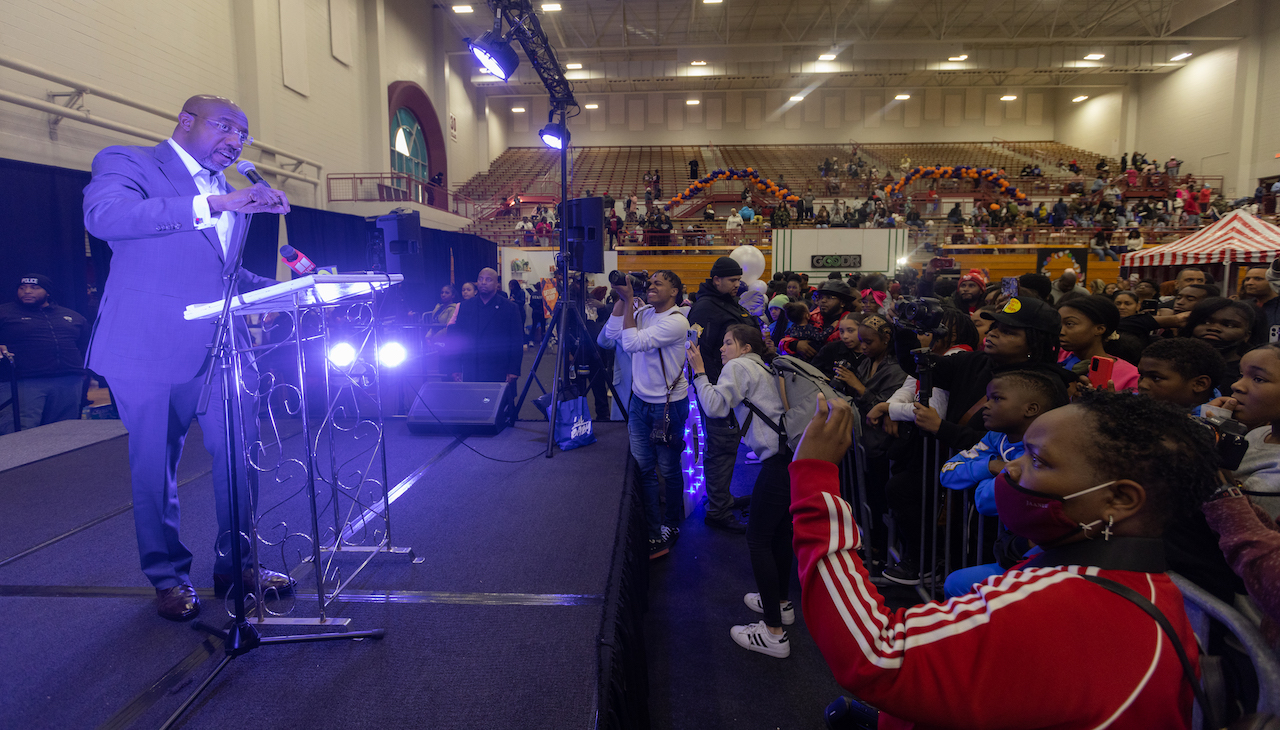 More voting obstacles ahead of Georgia runoff, this time for HBCU students

This upcoming Tuesday, Dec. 6, Democratic Sen. Raphael Warnock will go against Republican challenger Herschel Walker in a Senate runoff after both failed to win more than 50% of the vote in Georgia’s U.S. Senate race on Election Day, Nov. 8.

In the leadup to Tuesday, voting mobilization efforts have ramped up and early voting has been well underway in many Georgia counties. Now, less than 24 hours out from the counting of ballots, reports have come out that voters, particularly for young Black voters, have been blocked from participating.

According to recent reporting from NBC News, historically Black Colleges and University students in Georgia have described voting obstacles that have blocked them from casting their ballots for their candidate over identification card issues.

It is an over-decade-plus state law that does not allow students from private colleges and universities in the Peach State to use their school ID as identification to vote. More specifically, the Georgia voting law in question only allows IDs from state schools, not private schools, as an acceptable form of voter ID.

Seven out of 10 of the state’s HBCUs are private institutions with over 10,000 students enrolled at private HBCUs in the state.

Voting rights experts and advocates have called this specification confusing to voters and for college students and others who historically have faced other types of barriers. As a result, many are forced to vote elsewhere or will decide to not do so at all.

Many of the aforementioned voting rights experts have also argued — and not surprisingly —  that the provision has had a disproportionate impact on student voters of color.

“Students in general often have a more difficult time accessing the ballot box because of all sorts of things. For example, their addresses often change. Voters of color face barriers to the ballot box as well,” said Rahul Garabadu, a senior voting rights attorney at the Georgia American Civil Liberties Union. “So when you take that overlap, you’re making it even harder for a subset of voters for whom it’s already quite difficult to cast a ballot.”

According to Vote Riders, a nonpartisan and nonprofit organization that fights for voters who live in states with strict voter ID laws such as Georgia, there are roughly 157,000 registered voters who currently do not have an ID number recorded with the secretary of state’s office.

Voting rights experts have also pointed out that those who have been impacted by the provision are representative of a small number of the Georgia electorate. However, bearing in mind how close major state races have been in the last two election cycles, they reiterated that any impact the state law has will affect the outcome of any close race.

“Take a look at any recent Georgia election and you’ll see that every vote really matters to the outcome there right now. The margins are exceptionally thin,” said Danielle Lang, the senior director of the voting rights unit at the Campaign Legal Center, a nonpartisan voting watchdog group. “So in a race like this, making sure that access is as broad as possible is essential to make sure the results reflect the desire of Georgia voters.”

The specific Georgia ID law in question is derived from the state’s 2006 voter ID law.

In the case of HBCU students in Georgia, those in private schools are not allowed to use their ID.

The Office of the Georgia Secretary of State — the office in charge of state elections — has been one of the main defenders of the state law in question and wrote a statement to NBC News doing just that.

“Government identification is, by definition, issued by GOVERNMENT agencies. Photo identification for voting is a longstanding legal requirement passed by the Georgia legislature and upheld by the courts, and Georgia offers an ID card at every County Registrar’s office or Department of Driver Services office free of charge,” said Mike Hassinger, a spokesperson for the office.

In the months leading up to the 2022 midterms this past Nov. 8, groups like Vote Riders have traveled around the state educating students who might have confronted that ID state law at polling places. In the time since Election Day and the runoff this Tuesday, the group has been working to make sure that registered voter students at private HBCUs know what specific documents to bring if they plan to vote in person as well as remind them that they can ask for a provisional ballot if any kind of obstacle were to confront them.

“You have a lot of students who came from cities like Philadelphia, or New York and they never needed a driver’s license or had a state ID in their state,” said Sylvester Johnson, an Atlanta-area organizer with the group.

Johnson said he has visited various Atlanta campuses and that the only form of photo ID many he had spoken to was their student ID from their private HBCU.

“These are the kind of students who are affected,” he said.

In recent weeks, Johnson and his team have been going to the seven private HBCU campuses across Georgia to educate and more importantly remind students of what documents and anything else they must bring when they cast their ballot at the polling stations.

Any and all young voters' votes will be wanted and necessary in choosing a winner this time.

Georgia has already set new records for early voting. According to the office of Secretary of State Brad Raffensperger, over 1.85 million Georgians have already voted early.