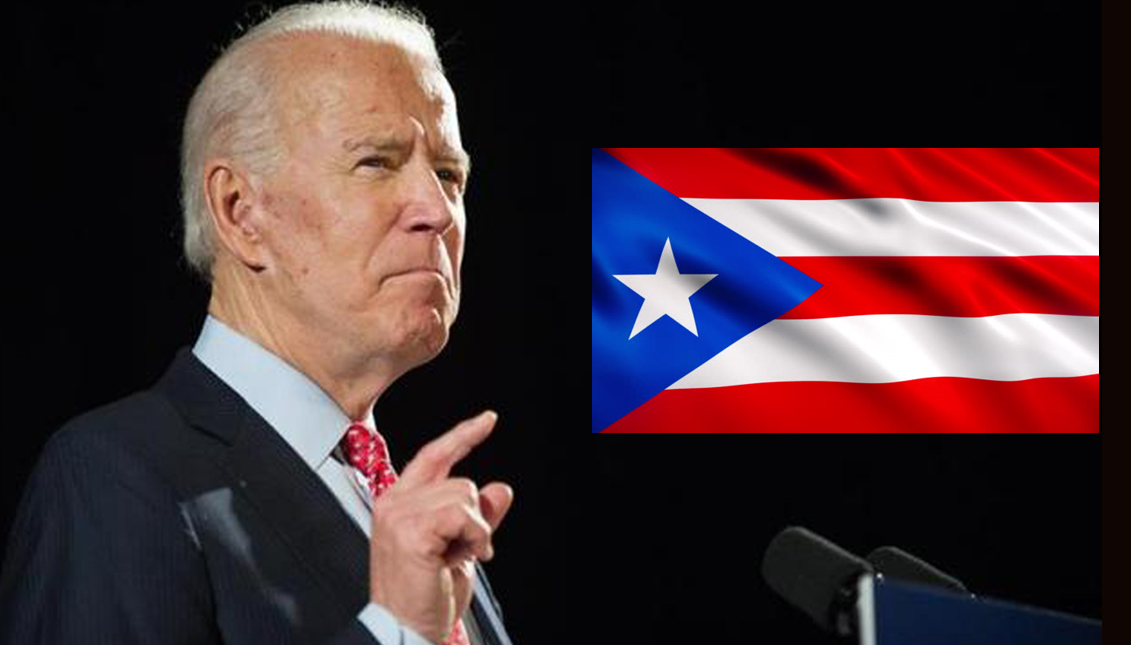 Puerto Rico has been at the forefront of Joe Biden’s Latino outreach strategy. Photo: EFE

The Biden-Harris campaign is not letting up on efforts to appeal to the Puerto Rican Vote.

It’s a tactical — and smart — move on Biden’s part. While Puerto Rican residents can’t vote, the island is experiencing a steady, years-long mass exodus, and it has the potential to make a difference should Puerto Ricans in diaspora demonstrate their voting power.

Unlike island residents, U.S. mainland residents do have the ability to vote in a presidential election, which is why Biden’s campaign has been targeting the millions of Puerto Ricans residing in the U.S. mainland.

The ads feature a variety of Puerto Rican scenery, and island residents urging family and friends living on the mainland to use their voting power to be a voice for those living on the island, reminding viewers of what’s at stake.

“Hazlo por me,” Puerto Ricans in the ad say, a call to mobilize their mainland voting power.

Puerto Rico recently marked the third anniversary since Hurricane Maria made landfall. Since then, Puerto Rico has been forced to endure Hurricane Irma, followed by an onslaught of earthquakes in Jan. 2020 — all with dismal assistance provided by the Trump administration.

In the years since Maria’s landfall, Puerto Rico’s mass exodus has resulted in a population decrease of 4.4% and has been on a steady decline ever since.

In Florida alone, there are roughly 1 million Puerto Rican residents, over which Biden holds a strong lead. But this is according to polls, which just four years ago, the nation proved can be faulty.

In the context of 2020, that’s over a million new potential voters just before a presidential election who feel wronged by the current president and his administration. Puerto Ricans — both on the island and on the mainland, have witnessed as Trump has dismantled and ignored the systems meant to support them as U.S. citizens.

Biden’s new ad closes with the grim reminder, “Con tu voto allá ayudas acá,” meaning, “With your vote there, you help us here.”

Hurricane Maria is responsible for killing at least 2,975 people, and in its aftermath, it exposed both Puerto Rico’s dependence on federal funding amid a disaster and Trump’s own very slow response to aiding the island, which he even made comments about selling.

Federal aid is desperately needed in Puerto Rico. Since the devastation carried-out by several natural disasters, the island has only received a third of the $50 billion granted by Congress in 2018 — aid that is not likely to be distributed under a Trump presidency.

At the height of cynicism, President Donald Trump in mid-Sept. announced long-overdue funding to rebuild Puerto Rico’s energy grid and other top issues for the island, three years after Hurricane Maria hit.

He made the scant, last-minute announcement just days after Biden made history by releasing his own comprehensive “Plan for Recovery, Renewal, and Respect for Puerto Rico,” the Biden-Harris campaign’s policy focused on rebuilding Puerto Rico’s infrastructure and more in light of the island still recovering from recent disasters.

In contrast, Biden has been making more substantial strides to appeal to the Puerto Rican vote.

On Tuesday, Biden was featured on the front page of  El Nuevo Día, Puerto Rico’s largest newspaper, in an interview centered on his campaign’s efforts to reach Puerto Ricans.

In it, Biden echoed the promises made in his recovery plan for Puerto Rico, emphasizing his will to boost the island’s manufacturing capacity to boost the economy, and ending its crippling debt.

“We need to chart a new path to base decisions to restructure our current needs, not on the failed fiscal austerity policies of the past, but to cancel additional debt through legal means, to identify and immediately cancel all debt that was issued illegally,” Biden told El Nuevo Día.

Regardless of whether a Puerto Rican is born on the island or in the United States, they are born American citizens.

Unfortunately due to its status as a U.S. territory,  in under 20 days, it will come down to mainland residents to speak on the island’s behalf.