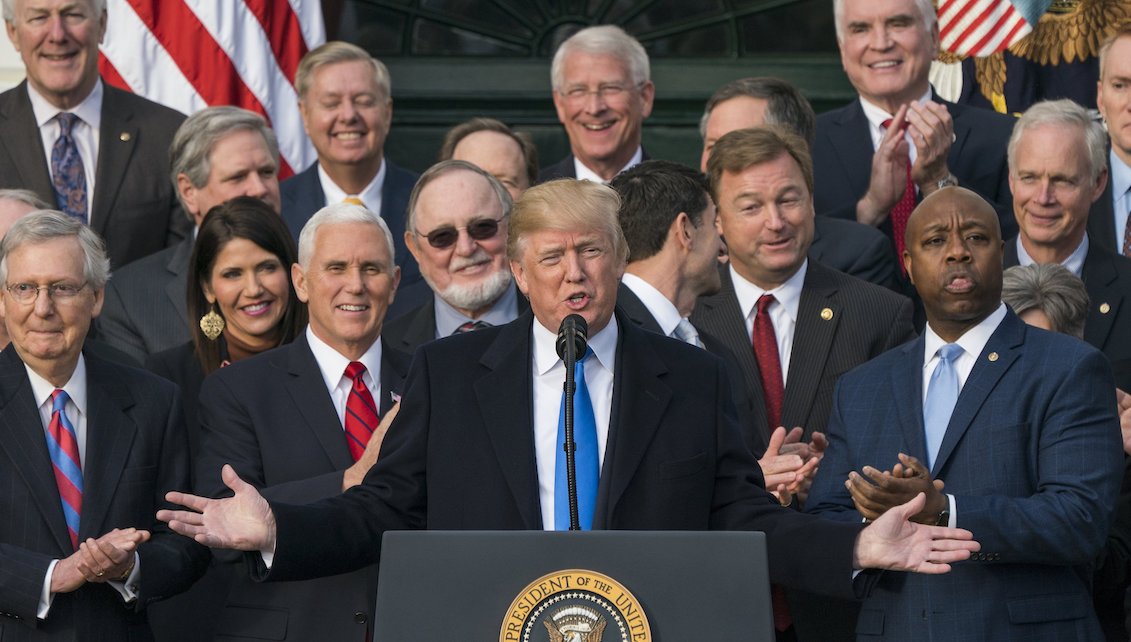 The president of the United States, Donald Trump (c), accompanied by the Republican members of the Senate and the House, offers a press conference on the approval of the fiscal reform on Wednesday, December 20, 2017, in the south wing of the White House,…

What is the fate of Obamacare now?

During the celebration of his only legislative achievement during the year, Trump said what many Americans feared the most: "Obamacare is being repealed."

With the approval of the definitive Tax Reform by the US legislative bodies, Donald Trump has achieved two fundamental things: transforming the Republican Party into his personal courtship of Oompa Loompas and aggravating the situation of the average American population to make life even easier for wealthiest.

For a person who earns more than $ 75,000 a year, solving health problems in the US system is not very complex. But for those who struggle daily to meet basic needs - that is, the immigrant and colored population - it is a matter of survival.

According to the government Census Bureau, by 2015 the populations with the lowest income were precisely the black and Hispanic communities, and the average income of the white middle class (non-Hispanic) was approximately 62,950. This means that, to really see benefits from the Republican Tax Reform you must not only be a non-Hispanic white person, but you must also be part of a specific professional field that allows you to earn more than $ 75,000 per year; perhaps as the owner of a large transnational, a real estate empire or being president of the nation, for example.

But within all the folios and changes that this bill brings, one of the most important - and publicly recognized by the President - has been the Affordable Care Act repeal, through the elimination of its Individual Mandate, which would leave four million Americans without medical coverage, according to the analysis published by the Congressional Budget Office.

These numbers will increase to 13 million by 2027.

The Individual Mandate is a tax that obliged insurers to maintain cost rates regardless of the patient's medical condition, thus implying that healthier individuals paid higher rates and the sicker ones paid less, thus preventing the collapse of the market.

Its termination could mean the withdrawal of several companies from the market, leaving many people without coverage, and Obamacare in general without one of its fundamental pillars, as CNN Money explained.

However, the structure of the Act will continue to stand, including the expansion of Medicaid to cover low-income adults; the protection that covers people with pre-existing medical conditions; subsidies based on annual income for consumers who purchase individual insurance policies, and the mandate for employers who must cover the health of their workers.