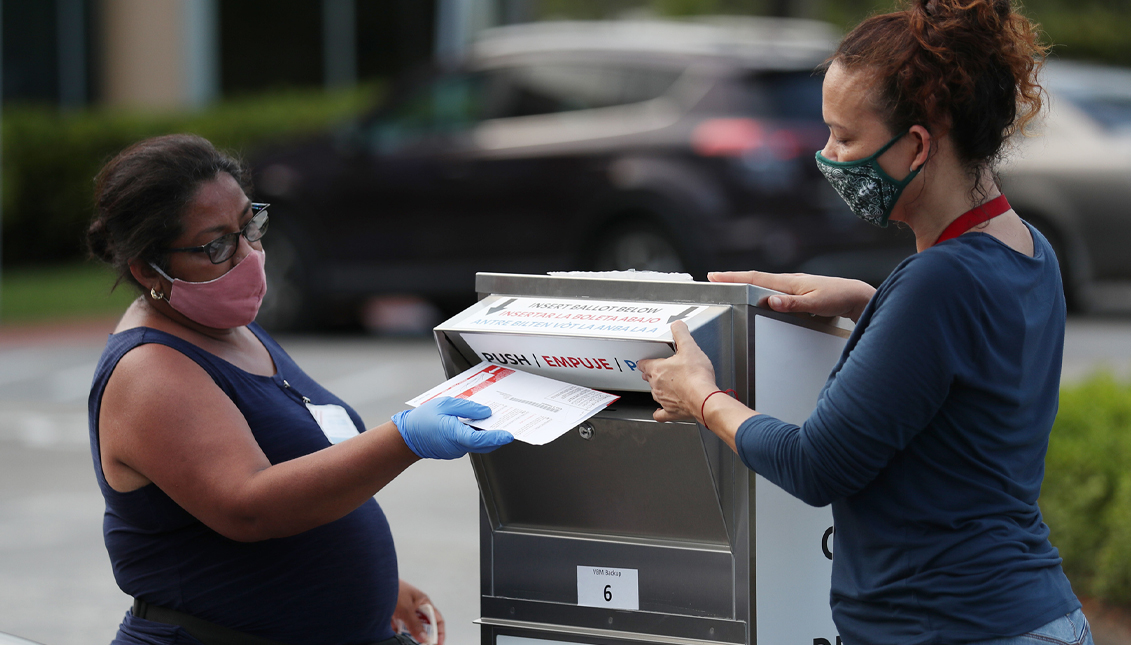 First-time Latinx voters are showing out in some of the 2020 Election's biggest battleground states. Photo: Getty Images

Estimates from Latino Decisions have 2.4 million of the 8.6 million early Latinx votes coming from newly-registered voters.

With some early voter data in tow from Latino Decisions, it looks as though newly-registered voters could carry the results of the 2020 Election on their backs.

According to data from Latino Decisions, of the approximately 8.6 million Latinx voters that sent their ballots in early, 2.4 million have come from first-time voters.

First-time (FT) Latino voters are coming out in HUGE numbers through early voting. Our look at the voter file for 2020 early & absentee ballots cast: pic.twitter.com/1377Wtq7bq

Those voters new to the process are spread most in Texas, Florida, Arizona and North Carolina.

In the lead up to Election Day 2020, all four have transformed into battleground states with each potentially deciding the election depending what way they fall.

First-time voters could constitute a wide range of voting demographics in the Latinx community, but a large portion of them are likely young.

Young Latinx voters have also been prominent before Election Day, representing up to 500,000 early voters in earlier data from a week ago, when the total number of early voters Latinx was at just under 3 million. At the time, 65% of those voters had voted for the first time.

Another pre-election survey from Telemundo and Buzzfeed found that 64% of the young voters asked, “definitely” planned to vote in the 2020 Election with a majority citing racial injustice as the main motivator.

This data can also be added on to earlier voting stats provided by Voto Latino, which showed that overall Latinx turnout had more than doubled in early voter turnout data.

It’s yet to be seen what impact, if any, this new blood has on the process, but by the night’s end or later in the week, it should crystallize.

Should any of Texas, Florida, Arizona or North Carolina go for Democratic candidate Joe Biden, it’s likely the young Latinx voters had their effect. A NALEO weekly tracking poll of Latinos on Oct. 27 found Biden had received 79% of the early votes, while President Donald Trump got just 18%.