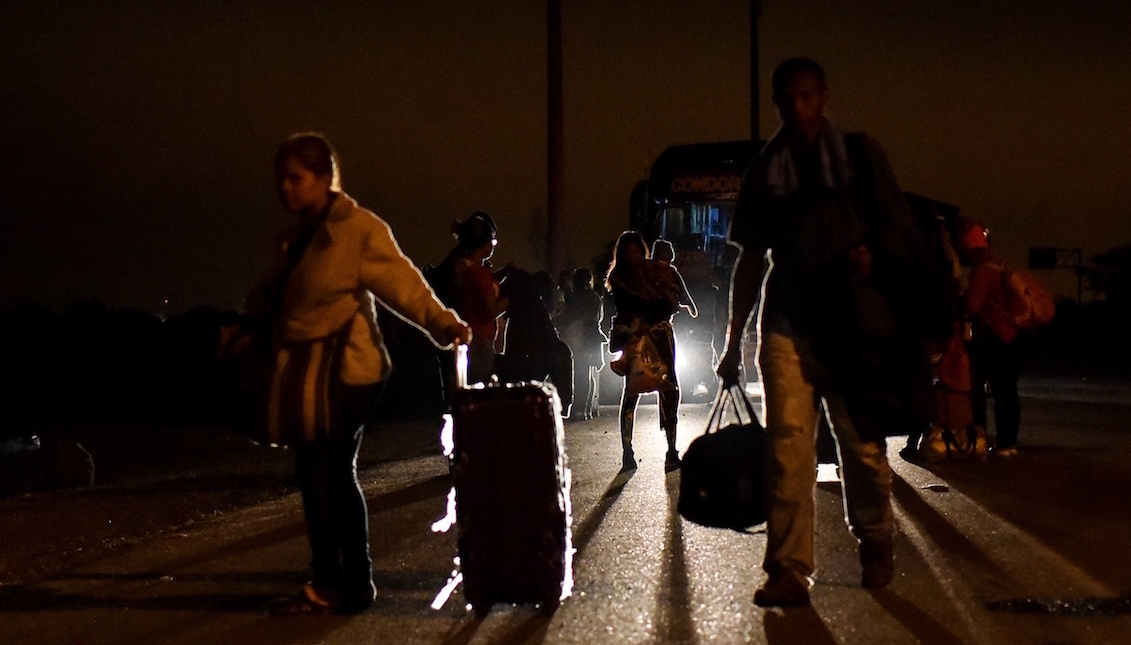 Violence against Venezuelans in Ecuador: a femicide turned into xenophobia

The murder of an Ecuadorian citizen at the hands of a Venezuelan unleashed a wave of violence against the immigrant community in northern Ecuador, and…

The Venezuelan crisis has begun to reveal itself in much deeper layers.

Considered the largest exodus of the last 50 years, organizations such as the United Nations have estimated that around 2.3 million Venezuelans have left the country in recent years, often heading to neighboring countries.

Driven by the economic and social decline of their homeland, thousands of Venezuelans have collected their few belongings and embarked on a long trip to seek a better future, becoming one of the largest migrant groups in the world.

Figures exposed by Ecuadorian media show that between 2016 and 2018, there were 156,113 registered Venezuelans in the country, representing only 7.93% of the total number of refugees.

The sociologist Fernando Guerrero explained to El Telégrafo that the displacement of these Venezuelans is a clear case of "forced migration", which brings with it the natural cycle of "periods of departure, settlement, consolidation, and stability" that are frequently observed in countries with similar situations.

But an episode that occurred last Saturday in the northern region of Ecuador seems to break with this cycle.

A Venezuelan migrant murdered his partner, a 25-year-old Ecuadorian woman, on the streets of the city of Ibarra in front of police agents and neighbors, after having held her hostage for 90 minutes.

Almost immediately, the rest of the Venezuelans in the city were violently persecuted by residents who burned their belongings and unleashed a wave of attacks that even led to the persecution of women and children towards the border of the region.

In response to the situation, the Ecuadorian president Lenin Moreno announced the formation of "special brigades to control the situation of Venezuelan migrants in the streets", as well as the design of "special permits to enter the country."

"We have opened the doors to them, but we will not sacrifice anyone's security," Moreno wrote on his Twitter account, a statement that triggered the concern of the international Venezuelan community about the possibility of it being interpreted as a carte blanche for the mistreatment of their fellow citizens in Ecuador.

Venezuelan exile groups denounced the attacks on Monday declaring in a statement that "we repudiate the sad, harmful and violent actions carried out by some Venezuelans who are in Ecuadorian territory such as the murder of a pregnant Ecuadorian girl," said José Colina, president of the Miami-based Venezuelan Persecuted Politicians in Exile (Veppex).

Colina said that the government couldn’t hold all Venezuelans responsible by the action of a single offender.

Similarly, he asked Moreno to punish any Venezuelan who violates the law, but also to provide protection to Venezuelans so that they are not victims of "xenophobia."

However, the murder of this young woman highlights the real crisis that Latin America is experiencing, nowadays, considered the region with the highest rates of gender violence with an average of nine women murdered per day.

According to the UN, Latin America is the "most lethal" place for women outside a war zone, with figures that reached 2,500 victims during 2017.

In Ecuador, "60.6 percent of women have experienced some type of violence," according to figures from the National Institute of Statistics and Census, and Venezuela is one of the 15 countries with more femicides in the world, showing that the real crisis in Latin America is a completely different epidemic.