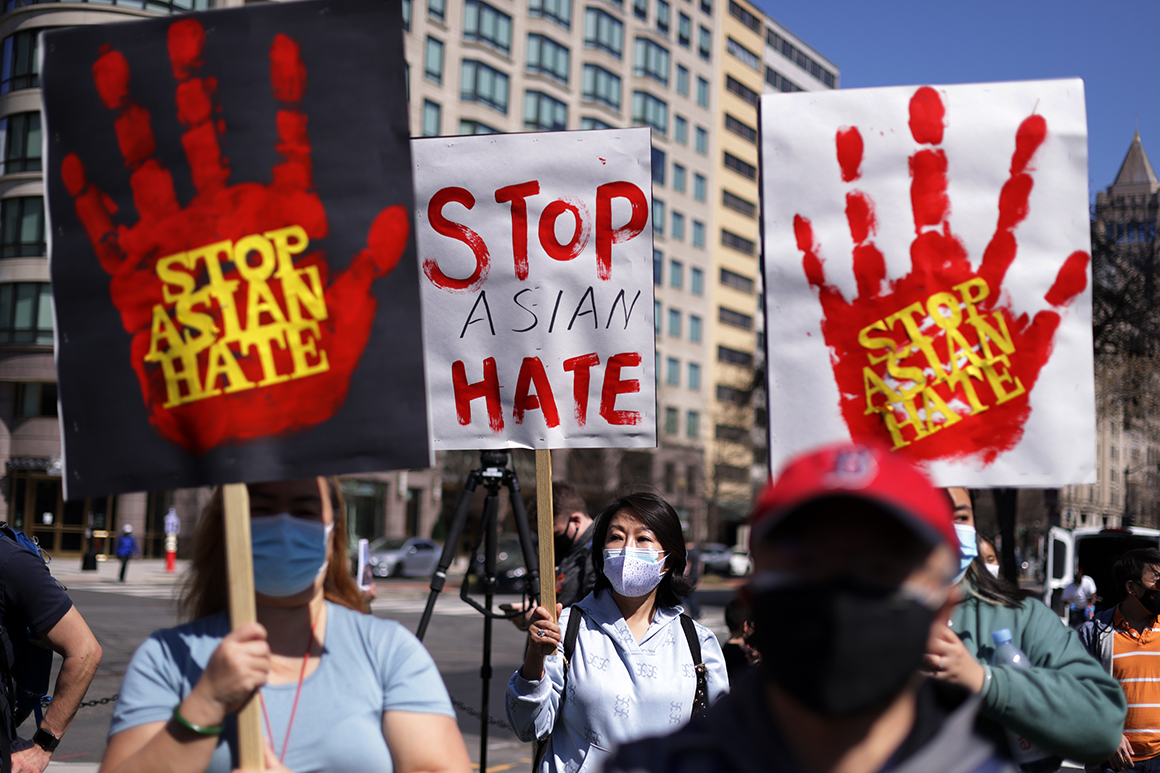 The initiative was first established during the Clinton administration to increase resources and economic opportunities to the AAPI community.

This new research was conducted just two weeks before the killing of six Asian-American women in Atlanta, Georgia.

The poll, which was conducted by The Harris Poll on behalf of NAPAWF, is one of the largest surveys of AAPI women so far. Interviews were conducted online and via telephone from Feb. 1 to March 2, 2021, and over 3,537 adult AAPI women were involved in the study.

We just released new polling data on how AAPI women have been significantly affected by racism and xenophobia. More than half (55%) of AAPI women had personally encountered specific incidences of racism. Press Release: https://t.co/cS37D5Q1z3 pic.twitter.com/D3uXdajjZQ

NAPAWF’S poll found that 78% of AAPI women had been affected by anti-Asian racism in the past two years, and 55% of them had personally encountered specific incidents of racism.

Most notably, the data revealed that the racism that AAPI women face on a regular basis directly correlates to their policy priorities. For example, nearly seven-in-ten AAPI women (69%) feel that protections for immigrants from violence is a top priority.

Nearly two-thirds (66%) of AAPI women in the state of Georgia reported experiencing a racist encounter in recent years, and were also more likely to report violence or discrimination in the housing market due to their race or gender.

Sung Yeon Choimorrow, executive director of NAPAWF, issued a statement on the study, emphasizing that many Asian women across the country felt the deaths of the Atlanta shootings very deeply, as they saw themselves in the victims.

“It’s no surprise that more than half of AAPI women have been affected by anti-Asian racism in the past two years,” Choimorrow said. “Even before the pandemic and the racist scapegoating that was perpetuated by President Trump and his supporters, AAPI women have long been the targets of ugly racial misogyny and fetishization.”

‘He was trying to ‘eliminate temptation.’ That plays right into the stereotypes about Asian American women being temptresses’ — @schoimorrow of @napawf sounds off on how race and gender are linked in the recent Atlanta shootings pic.twitter.com/ZxzKu1S01K

Adult AAPI women are facing a unique burden during this time of increased racism and xenophobia due to the intersection of race and gender, but they are not the only ones being impacted.

Asian-Americans, along with all other ethnic minority groups in the U.S. have long been walking around with targets on their back, and are often perceived as “perpetual foreigners.”

These narrow-minded and prejudiced attitudes are not new in any way, but the coronavirus pandemic has led to racial scapegoating that has made Asian-Americans a target for more overt forms of racism, such as violent robberies, targeted verbal harassment, assaults and now, fatal attacks

Community members, Asian-American legislators, local police departments, celebrities of all backgrounds, and even corporations such as Fashion Nova and Verizon, have taken a firm stand against the rise in hatred and violence through many avenues.

On Friday, March 19, President Joe Biden addressed the crisis, stating that “our silence is complicity,” and that in order for the hate crimes to stop, everyone has to speak out and action needs to be taken.

WATCH: @RepJudyChu says reported hate crimes against the Asian American community is "just the tip of the iceberg." #MTP

Chu: "We know that there is underreporting going on because of the fear that our Asian American community has." pic.twitter.com/Jsr3uFEVRw

Words alone are never enough, and Biden is aware of this. On Tuesday, March 30, the White House announced several initiatives to address anti-Asian violence.

Biden will be reinstating and expanding the range of the White House Initiative on Asian Americans and Pacific Islanders. This initiative, which was first established during the Clinton administration, works to expand access to economic resources and opportunities for the AAPI community to raise the standards of living for their families and communities.

The Department of Health and Human Services will provide $49.5 million to programs that serve AAPI survivors of domestic violence and sexual assault, and the National Science Foundation will use $33 million in funds to deeply study bias and xenophobia.

Additionally, the Justice Department will establish a cross-agency initiative to better respond to anti-Asian violence that will include an online tool allowing for deeper study and distribution of national hate crime data.

Biden’s move has garnered praise and support from Asian-American lawmakers as well as prominent organizations.

Congressional Asian Pacific American Caucus Chair Judy Chu said that her group commends Biden for “his leadership to ensure that the safety and well-being of the AAPI community is prioritized.”

Thank you President Biden! I look forward to working with @POTUS on how to implement his historic commitment to protecting and uplifting AAPI communities. #StopAsianHate" https://t.co/SB2Z2TIg1c

The executive director of Asian Americans Advancing Justice, John Yang, said that his organization truly appreciated the Biden administration’s “continued focus” on these issues, saying that the efforts will help address “racial equity in the long-term.”

Stop AAPI Hate, one of the nation’s leading coalitions that documents and addresses anti-Asian hate and discrimination, released a statement in response to Biden’s announcement.

“The credit for these new policies belongs to the Asian American community, whose continued efforts to stand up and advocate during this time of tragedy is bringing about real change. We look forward to working closely with the Biden administration to ensure that the Asian American community can enjoy the equal rights and access to opportunities that it deserves,” the organization said.