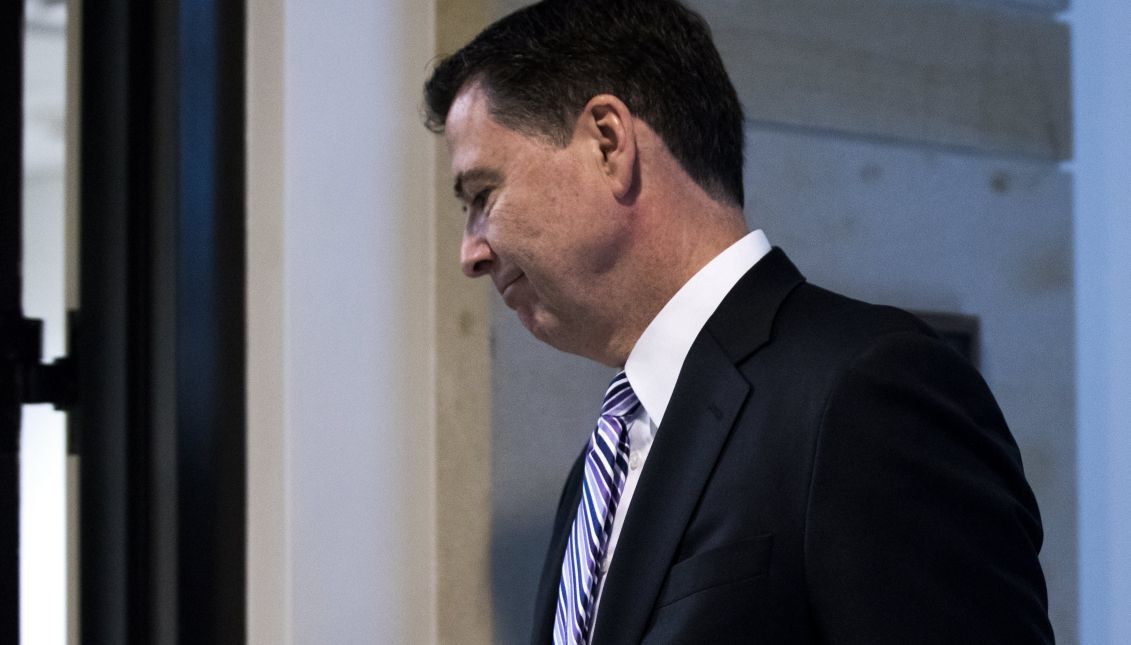 FBI Director James Comey is said to have privately confided there are no grounds for Donald Trump’s wiretapping claims. EPA/Jim Lo Scalzo

James Comey’s appearance in the House of Representatives, alongside a bunch of intelligence chiefs, will reach a dramatic moment in the investigation of Russia’s role in last year’s US presidential election, and puts Trump in a difficult situation.

Comey is expected to say before the congressional committee that there was no wiretapping, debunking allegations that the President has repeatedly refused to withdraw.

One of the first questions Comey is likely to be asked is whether Trump or his campaign was subject to a wiretap, as the president has repeatedly claimed over the past two weeks, without providing evidence. In a series of tweets, Trump claimed that the Obama administration wiretapped the phones in the Trump Tower during the electoral campaign. He drew parallels to Watergate and McCarthyism and said Obama was a "Bad (or sick) guy!" for ordering surveillance of his New York residence -- allegations the former president quickly denied through a spokesman.

If Comey testifies that there is no grounds for that claim, the controversy could end up in  humiliation for Trump. Claims by his own FBI director comes after the denial from the British government and its electronic intelligence agency, GCHQ, that it had spied on Trump on the Obama administration’s behalf.

The hearing could also shed light on the state of FBI investigations into the extent of Russian meddling in the election campaign. The US intelligence community came to the conclusion in December that Vladimir Putin’s government had intervened in the election with the intention of skewing it in Trump’s favour. Comey and the intelligence chiefs will be questioned on Monday on the scope of that intervention and whether members of his campaign or any of his associates had colluded with Moscow.

Alleged contacts between Trump aides and Russian officials already forced the resignation of Michael Flynn, the administration’s first national security advisor, over his communications with the Russian ambassador in Washington, Sergei Kislyak, and for failing to give an accurate account of them in public or to Vice President Mike Pence.

The wiretapping controversy has also evolved into a political distraction at a time when Trump is facing fights over Obamacare repeal and the budget that will help define his first 100 days in office, as noticed in the CNN. This week, for example, the administration should benefit from favorable coverage of the confirmation hearings of Trump's respected Supreme Court pick Neil Gorsuch, but the Intelligence Committee hearing has the capacity to overshadow the judge's testimony.