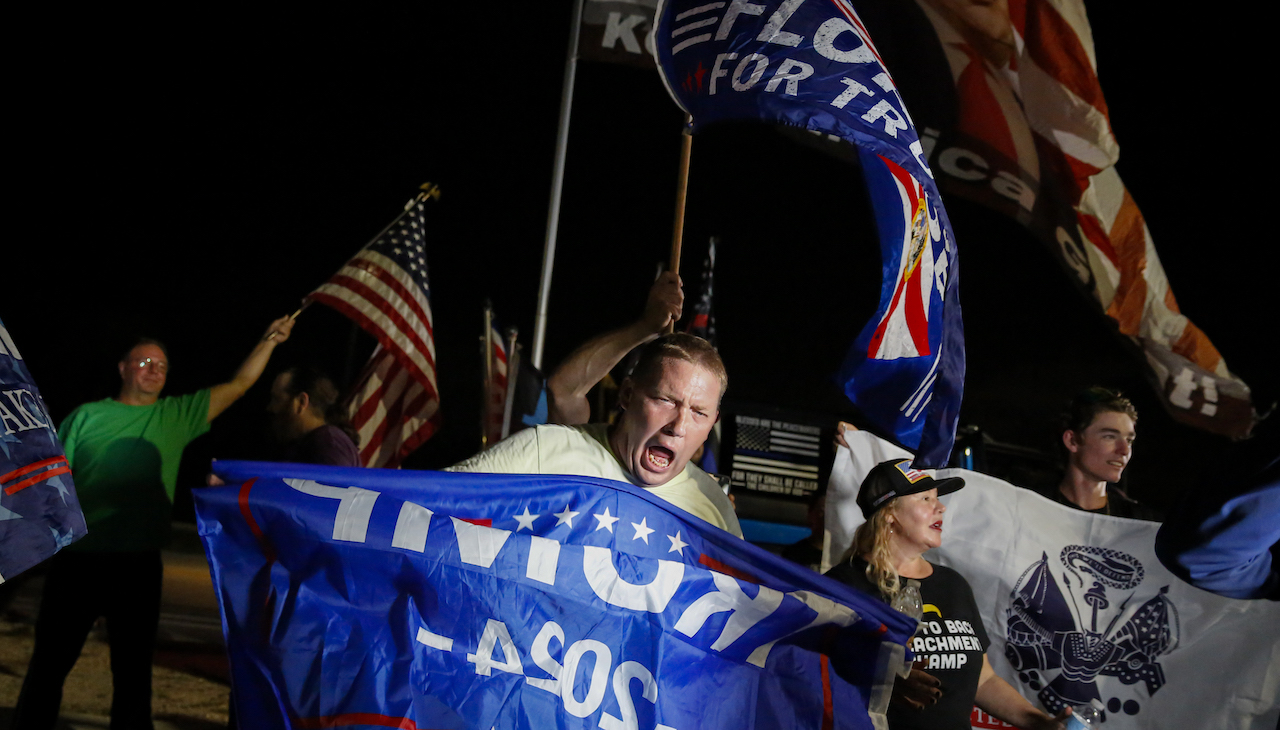 Several right-wing accounts went as far as to promote civil war in response to the FBI’s search warrant.

Users flocked to Twitter as news of the search warrant dominated national headlines and an overnight news cycle. What followed were comment sections flooded with dangerous rhetoric promoting a violent response to a court-ordered procedure.

“Is this the “first shot” of a Civil War?” one user wrote.

“What is the GOP doing about this? Nothing. Civil war people! That’s the answer,” another user wrote.

In the hours that followed the FBI search, “civil war” was a trending phrase on Twitter, while ardent Trump supporters flooded Mar-a-Lago in support of the former president.

But this messaging was not limited to mainstream social media. Truth Social, a social media platform created by Trump Media & Technology Group after the president’s permanent removal from Twitter, Facebook, and Instagram, also served as a breeding ground for rapidly increasing misinformation discourse.

“We are being targeted and attacked by our own corrupt government and this 3rd world tyranny is clear proof of their desperation,” wrote Rogan O’Hanley on Truth Social.

O’Hanley is an entertainment attorney who is known for his fiercely-held conservative views and can be frequently seen attending Trump-sponsored events and has even served as host.

“We are in uncertain times, but it is crystal clear now that it’s a battle of good vs. evil. But just like all defining challenges before now, American Patriots will win,” O’Hanley wrote and shared cross-platform. On Instagram, the post garnered over 69,000 likes.

O’Hanley goes by DC_Draino on all social media.

“A total war on dissidents is about to unfold. Not behind closed doors but blatantly, in public,” another member wrote in a different far-right channel. “Attacks on Alex Jones, Trump, and Patriot Day defendants are only setting the precedent for the future of us as the only opposition to the Deep State.”

Many of these threads recycled comparable sentiments — a violent call to action.

Right-wing political figures like Rep. Marjorie Taylor Greene, the Georgia Representative who’s disseminated false and unfounded claims of election fraud, and about Jews and the LGBTQ+ community, continuously referred to the search warrant as a “raid.”

“I’ve talked a lot about the civil war in the GOP, and I lean into it because America needs fearless & effective Republicans to finally put America First. Last night’s tyrannical FBI raid at MAR is unifying us in ways I haven’t seen. In January, we take on the enemy within,” Greene wrote.

She has also called to “DEFUND THE FBI!” Following George Floyd’s murder, Greene repudiated calls to defund and restructure the police.

Trump’s own statement, which he shared last night, Aug. 9, used inflammatory language to mischaracterize a lawful search of his resort home in Mar-a-Lago.

“My beautiful home, Mar-a-Lago in Palm Beach, Florida is currently under siege, raided, and occupied by a large group of FBI agents,” he said.

“The FBI is raiding President Trump’s home in Maralago [sic]! This is the rogue behavior of communist countries, NOT the United States of America!!! These are the type of things that happen in countries during civil war,” the Representative wrote.

Driven by political leaders who’ve benefited from attention amassed by MAGA discourse, Trump supporters are, in no uncertain terms, emboldened by a call to action.

“Attorney General Garland, preserve your documents and clear your calendar,” he continued.

According to major media outlets closely following the story, the Department of Justice has declined to comment on all matters surrounding the recent search.