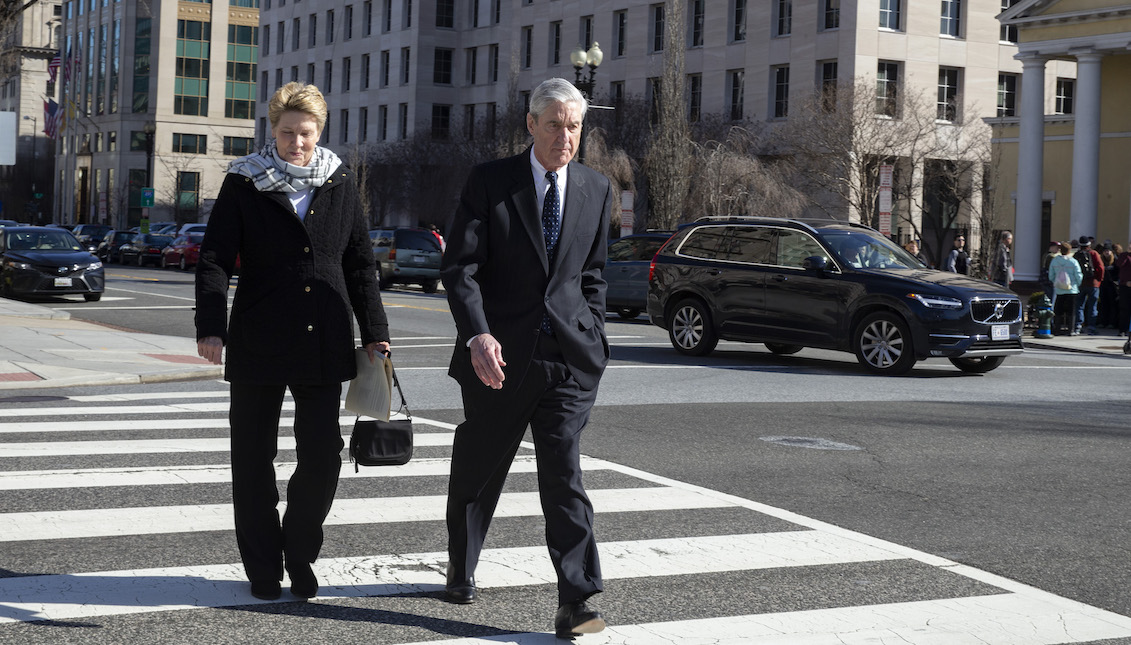 Exonerated? Not so fast

Over the weekend, President Donald Trump celebrated in Mar-a-Lago his supposed "absolute exoneration" after the delivery of the Mueller report.

After two years of in-depth investigation, special counsel Robert Mueller handed over to the Justice Department hundreds of documents in which he analyzed the alleged collusion between the Trump campaign and Russian agents to influence the 2016 presidential election, as well as whether or not obstruction of justice took place on the part of the president when he fired the director of the FBI, James Comey.

In less than 48 hours, Attorney General William Barr delivered a four-page summary to Congress assuring that there was no collusion and that Mueller had not been able to determine whether or not Trump had obstructed justice.

"Although my review is ongoing, I believe that it is in the public interest to describe the report and to summarize the principal conclusions reached by the Special Counsel and the results of his investigation," Barr wrote.

Mueller would have worked with a team of 19 lawyers, 40 FBI agents, intelligence analysts, and forensic accountants, and would have issued 2,800 subpoenas, 500 search warrants, and interviewed around 500 witnesses.

According to Barr, the investigation, "did not find that the Trump campaign or anyone associated with it conspired or coordinated with Russia in its efforts to influence the 2016 U.S. presidential election."

Likewise, Mueller and his team established evidence against and in favor of the president regarding obstruction of justice, determining that, "while this report does not conclude that the President committed a crime, it also does not exonerate him.”

Up to now, Mueller's work was carried out within the framework of his attributions. That is, to establish the information gathered and the analysis thereof, without stipulating any culpability. Imputing or prosecuting those involved in the process (the president, for example) is now in the hands of Congress.

Why, if advisers close to Trump such as his personal lawyer or the director of his campaign were prosecuted, does the special lawyer leave the rest of the proceedings to Congress?

The answer is (not so) simple: the law is not clear on the matter and some interpretations stipulate that a sitting president can not be prosecuted in the same way, and the protocol to be followed passes through hearings in Congress and, eventually, by the Supreme Court.

However, Federal Courts can investigate the trajectory and nature of Trump's personal businesses, as is currently happening.

Similarly, Barr's statement includes an assessment by an official hand-picked by the president, which is considered by some high-ranking Democrats, such as the chairman of the House Judiciary Committee, Jerrold Nadler, as a, "hasty, partisan interpretation of the facts."

In an impromptu press conference over the weekend, Nadler pledged to pick up the investigation and, if necessary, "subpoena Attorney General William P. Barr to testify," the Washington Post reported.

"President Trump is wrong," the representative added. "This report does not amount to a so-called total exoneration. It is unconscionable that President Trump would try to spin the special counsel’s findings as if his conduct was remotely acceptable."

In the same spirit, the leaders of the Democratic Party, Nancy Pelosi (Speaker of the House) and Charles E. Schumer (leader of the minority in the Senate) issued a joint statement requesting the complete delivery of the report.

"The fact that Special Counsel Mueller's report does not exonerate the president on a charge as serious as obstruction of justice demonstrates how urgent it is that the full report and underlying documentation be made public without any further delay," they said. "Given Mr. Barr’s public record of bias against the Special Counsel’s inquiry, he is not a neutral observer and is not in a position to make objective determinations about the report."

Having a majority in the House of Representatives, Democrats have now set the tone for a wider investigation, including Mueller's testimony, the president's business, and alleged abuse of power.