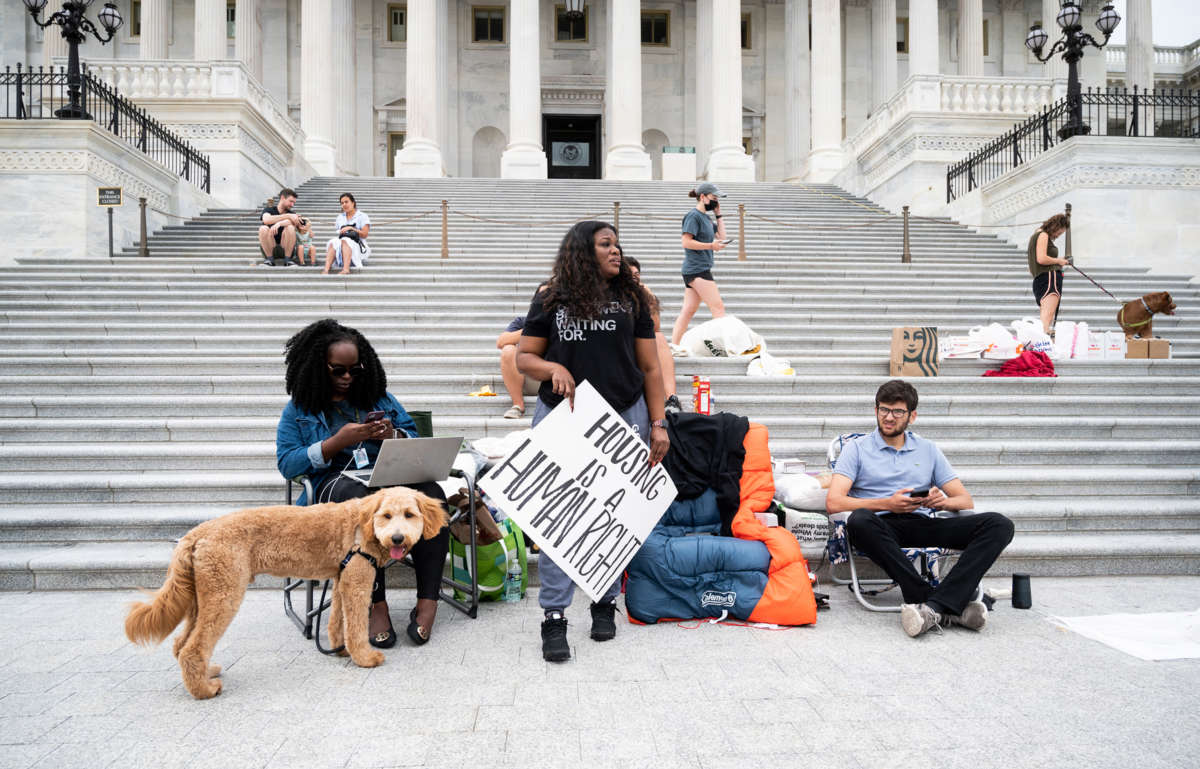 The extension is slated to last until Oct. 3 and at the very least, will allow time for more rental relief to be distributed.

On Tuesday, Aug. 3, the Centers for Disease Control and Prevention (CDC) announced it will issue a new “temporary” eviction moratorium. The new moratorium will be separate from the CDC’s prior moratorium that expired over the weekend.

The new order will expire on Oct. 3, and covers counties that are experiencing “substantial” or “high” levels of COVID-19 spread, which currently includes more than half of U.S. counties.

CDC Director Rochelle Walensky said on Tuesday that a new moratorium is the right thing to do to keep people housed and out of large settings where the virus can easily be spread, citing the emergence of the Delta variant as one of the main reasons.

“Evicted renters must move, which leads to multiple outcomes that increase the risk of COVID-19 spread. Specifically, many renters move into close quarters in shared housing or other congregate settings,” the CDC order states.

In June, the Supreme Court ruled in a 5-4 decision that the eviction moratorium will end in July. Justice Brett Kavanaugh made it clear he would block any additional extensions unless there was “clear and specific congressional authorization.”

On Tuesday afternoon, President Joe Biden told reporters that the new eviction ban is likely to face legal scrutiny, but at least it will provide time for emergency rental assistance to reach tenants in need.

Biden also said he sought counsel from constitutional scholars on how to move forward after the Supreme Court’s ruling and the majority of them warned him that a new moratorium would not be likely “to pass constitutional muster.”

What colleges should do to address monkeypox on campus
August 10th, 2022
Philadelphia is one of the cities with the highest number of STD cases in the U.S.
January 21st, 2022
CDC shortens quarantine times, as new COVID cases increase
December 28th, 2021

"At a minimum, by the time it gets litigated, it will probably give some additional time while we're getting that $45 billion out to people who are in fact behind in the rent and don't have the money," Biden said.

I asked @MondaireJones who said "today marks a turning point in how this White House views progressives" if he feels they have been underestimated by Biden admin.

"We have the support of the American people. This is about our values."#EvictionMoratorium pic.twitter.com/j3Ck5WMjlB

Housing advocates applauded the news, even if the new ban was a lot narrower than they’d hoped.

“This is a tremendous relief for millions of people who were on the cusp of losing their homes and, with them, their ability to stay safe during the pandemic,” Diane Yentel, president of the National Low Income Housing Coalition, said in a statement.

Representative Cori Bush has slept outside the Capitol since Friday, July 30 to protest the end of the original moratorium. She was joined by progressive colleagues such as Reps. Jamaal Bowman, Alexandria Ocasio-Cortez, and Ilhan Omar.

She tweeted Tuesday afternoon that "our movement moved mountains."

"On Friday night, I came to the Capitol with my chair," Bush tweeted. "I refused to accept that Congress could leave for vacation while 11 million people faced eviction. For 5 days, we've been out here, demanding that our government acts to save lives,” Bush wrote.