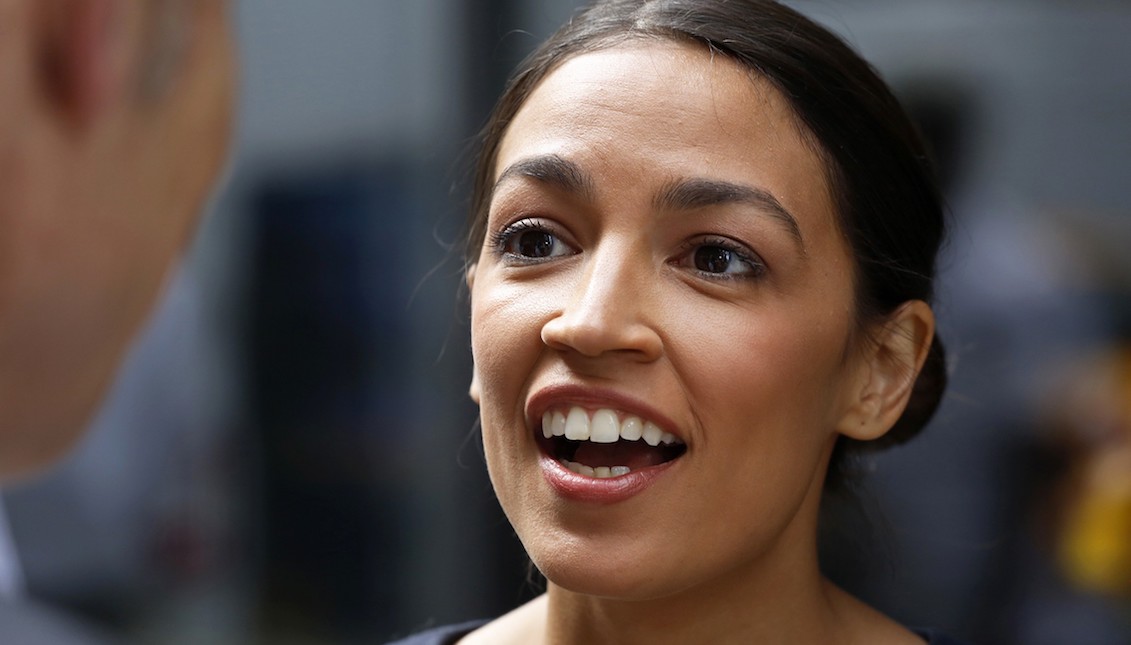 Alexandria Ocasio-Cortez is everywhere, and you should know why

After her unexpected victory in the Democratic primary against veteran Joe Crowley in Brooklyn last month, the country can’t get enough of Alexandria Ocasio…

Amid the whirlwind of primary elections nationwide, women, Latinos and, especially, Latina women have been the most important figures in key states such as New Mexico and New York.

However, the name that has resonated the most in all the media has been that of Alexandria Ocasio-Cortez, a rising star in national politics because of her Latin, young profile, as well as her energy that promises a change in the traditional political system.

But every success has its price, and that of Ocasio-Cortez has been the strong criticism on the part of the conservative bloc in the country, especially for her socialist positions, which are more inclined towards the political proposal of Bernie Sanders.

The young woman knows how to deal with political competition and has been recognized for her sharp, clear answers.

On Saturday, for example, Republican congressman and Florida gubernatorial candidate Ron DeSantis "mocked the 28-year-old member of the Democratic Socialists of America group at a campaign event," The Independent reported.

"You look at this girl, Ocasio-Cortez, or whatever she is. I mean, she's in a totally different universe. It's basically socialism wrapped in ignorance," said the congressman at an event in Orange Park.

Ocasio-Cortez - who said at one point that "Trump doesn’t know how to deal with a girl from the Bronx" – didn’t take long to respond, and her answer has gone viral.

"Representative DeSantis, it seems you’re confused as to 'whatever I am,'" the candidate wrote on Twitter. "I am a Puerto Rican woman. It’s strange that you don’t know what that is, given that (around) 75,000 Puerto Ricans have relocated to Florida in the ten months since (Hurricane) María. But I'm sure these new FL voters appreciate your comments!"

Similarly, Ocasio-Cortez’s statements on behalf of the Palestinian community have felt like a punch in the stomach to politicians of both parties in the country, especially when referring to the "occupation" of Palestine by Israel as a "humanitarian crisis." DeSantis, an open supporter of President Trump, followed the example of historical errors by claiming that "there has never been a Palestinian state," attacking the candidate and saying that "she has no clue what she’s talking about."

Big primary day offers another litmus test for Trump candidates
August 2nd, 2022
‘The Impasse of the Latin American Left’: What did we learn from the Pink Tide?
May 30th, 2022
How COVID-19 has brought out the worst in Republicans and Democrats alike
March 23rd, 2020

The power of the Ocasio-Cortez campaign has shattered the conservatives on many levels, not only securing the support of voters unhappy with the current government but also feeding platforms with information against her.

According to The Verge, the Conservative Review published on Monday on Facebook a "satirical and false interview" of the candidate, which got more than one million views in less than 24 hours.

The platform "remixed out-of-context clips of a PBS Firing Line interview (...) alternating them with staged questions from CRTV host, Allie Stuckey," explained the report. "In the fake interview, Ocasio-Cortez sheepishly shakes her head when Stuckey asks if she understands anything about politics, and she seems to think that Venezuela is in the Middle East."

While the CRTV website "describes the piece as a 'satirical sit-down'" with the candidate, the publication on Facebook leaves open the possibility that it was a real interview.

For Ocasio-Cortez, and for her followers, these types of criticism and attacks are a clear symptom of the conservatives' fear of a young woman who (finally) represents the change that the country wants to see.

"The Republicans are so afraid of me that they are faking videos and presenting them as real on Facebook because they can’t deal with reality anymore," the candidate wrote on Twitter.