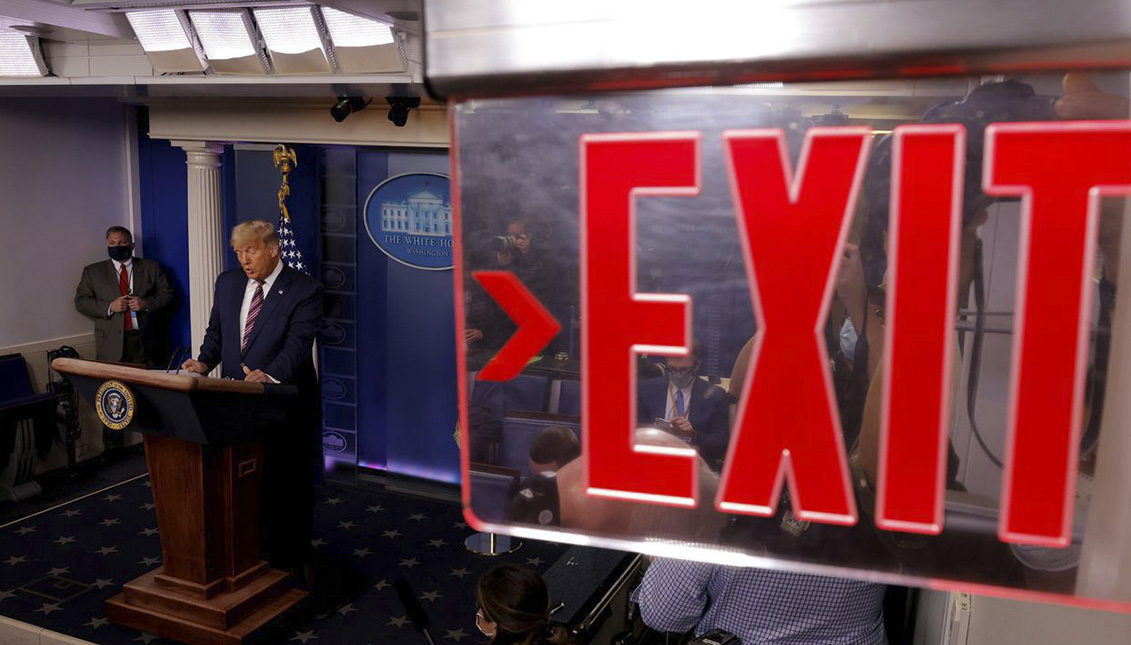 Will the Democrat victory mean a change in the export of neoliberal measures to the European arena? The population celebrates the defeat of the tycoon while…

They may have had the fireworks from Nov. 5 to spare, the accumulated energy of multiple sports events not getting played, or the fact that any pretext is good enough to go up to the roofs and dance during house arrest. But, be that as it may, it was clear that all eyes and hopes were on the U.S. elections this weekend.

Accustomed to much quicker recounts of only a few hours, European citizens decided to interpret Trump's defeat as a victory of their own, whether in the form of fireworks in London and Edinburgh, bells in Paris, or celebrations on the balconies of Spain.

However, the joy was not so much an appreciation of the Democrat candidate — who, according to the standards of certain areas of Europe continues to be a center-right candidate — as absolute joy in the defeat of Donald Trump. The tycoon was an absolute anti-candidate and there is still plenty of time to understand Joe Biden's profile. The important thing was that, in times of the pandemic and in the face of a global village paradigm, the old president's dealings with issues like COVID-19 or the relationship with Russia made citizens on all continents nervous and hysterical.

The Minister of Interior of Sweden, Margot Wallstrom, defined the last four years as a roller coaster and Trump as an erratic leader. Just a few weeks ago, he caused panic by denying the public guides set by the WHO. He was also responsible for abandoning a nuclear treaty with Iran, labeled NATO an obsolete institution, and neglected climate change agreements. The High Representative of the EU, Josep Borrell expressed in an interview that from now on, he hopes "that the moments of disagreement can be surmounted."

In the same wavelength, Canadian Prime Minister Justin Trudeau also expressed his confidence in future good relations in a congratulatory statement to Joe Biden and Kamala Harris, who received similar messages from leaders around the globe. The leaders of France and Germany, Emmanuel Macron and Angela Merkel, have expressed the same congratulations, stressing the need for a united future "if we are to overcome the great challenges of our age."

However, the Republican defeat has also disappointed some, especially the generation of politicians born in recent years thanks to polarization between ultra-national organizations generated by Donald Trump. The leaders of Poland, Hungary, and Slovenia have shown themselves to be along those lines. There are also other extreme right-wing MEPs who had the 45th president as a reference for the supremacist policies of the new millennium, such as France's Gilbert Collard (National Rally), who joined the conspiracy theories initiated on social media.

But the waterfall generated by the result does not stop here. Some people see a deep connection with the fact that, as the defeat was confirmed and the Turkish pound collapsed, the Turkish finance minister resigned through his account on Instagram. Berat Albayrak, Erdogan's son-in-law, claimed in a later statement that it was for were health reasons, but it cannot be ignored that on Friday, President Tayyip Erdogan fired the central bank governor.

British Prime Minister Boris Johnson seems satisfied with the result. The new Democratic president's ties with Ireland will eventually force him to comply with the Northern Ireland divorce treaty he already signed and thus facilitate new trade agreements for the post-Brexit scenario.

Finally, the Indian descent profile of the new Vice President Kamala Harris is a source of joy for women around the world who are gradually witnessing how Black women are entering the political landscape of the 21st century with greater equality.