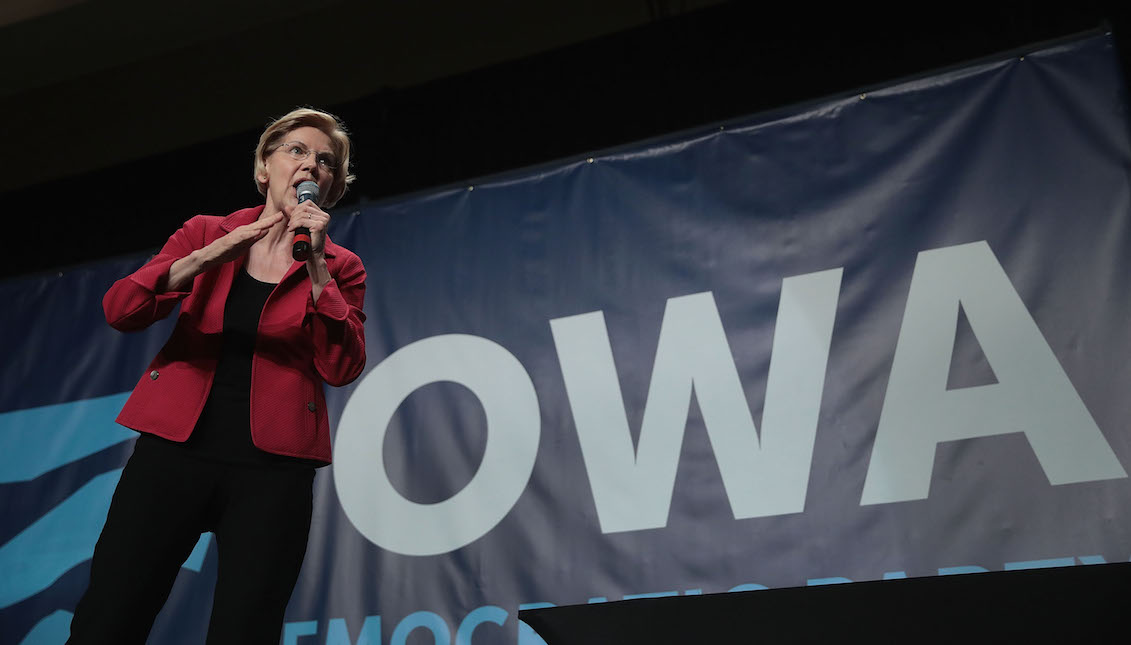 Attacking Donald Trump from the podium and as a Democratic candidate for the 2020 election is very simple. But overcoming endogenous traditionalism is a battle…

"We can’t let this election be about what we are against," said Democratic Senator and presidential candidate Corey Booker during the Iowa Democratic Party's 2019 Hall of Fame in Cedar Rapids last Sunday.

Booker and 18 of his opponents met at the DoubleTree Hotel and Convention Complex to present in five minutes the reasons why the epicenter of national politics should vote for them.

While everyone agreed that four more years of Donald Trump is merely unthinkable, their strategies to avoid his reelection and to circumvent internal obstacles varied in intensity and clarity.

The right to healthcare, to abortion, gender equality, and climate change were the recurring topics of every one of the candidates at the podium. However, it seems that each of the contenders was a part of a while necessary to defeat Trump next year.

The “I-have-a-plan-fro-everything” strategy of Senator Elizabeth Warren, the vindication of the progressive conservatism (despite the tautology) of Major Pete, Beto O’Rourke’s winks to the Spanish language, the rebellion of Kirsten Gillibrand, the empathy of Kamala Harris, Booker's honesty and the sharpness of Bernie Sanders, would make an invincible candidate altogether.

However, the multiplicity of options could be the agent provocateur of this campaign, and what would drive voters to the “safest” option; that is, to vote for Joe Biden.

The former vice president has become the internal enemy of the Democratic Party, perceived by his opponents as the lesser of two evils and the exemplification of the stalemate that allowed Trump’s arrival to the White House.

"I understand that there are some well-intentioned Democrats and candidates who believe that the best way to move forward is a ‘middle ground’ strategy that antagonizes no one, that stands up to nobody and that changes nothing," said Senator Bernie Sanders during his five minutes at Cedar Rapids. "In my view, that approach is not only bad public policy, but it is a failed political strategy that I fear could end up with the reelection of Donald Trump."

The majority of heavy-weight candidates in the populated Democratic ballot joined Sanders, making Biden the elephant in the room, without mentioning his name.

"We’re not going to win by playing it safe or promising to return to normal," added the mayor of South Bend, Pete Buttigieg.

"I'm not spending my time with high-dollar donors and with corporate lobbyists," said Elizabeth Warren. "I’m spending my time with you. That's how we build a grass-roots movement in America,” she added, making an inescapable nod to Biden's fundraiser at the home of Comcast executive David Cohen last April.

Similarly, Gillibrand gave her lunge to the vice president while underlining: "I don’t think there is room in our party for a Democratic candidate who does not support women’s full reproductive," referring to Biden’s opposition to the repeal of the Hyde Amendment, a measure that prohibits the use of federal funds for abortions.

At this point, Biden was conspicuous by his absence, demonstrating his confidence in the polls and his political career, giving his critics the right to point out that, when it comes to politics, a name is worth more than any effort to win the vote of the people.