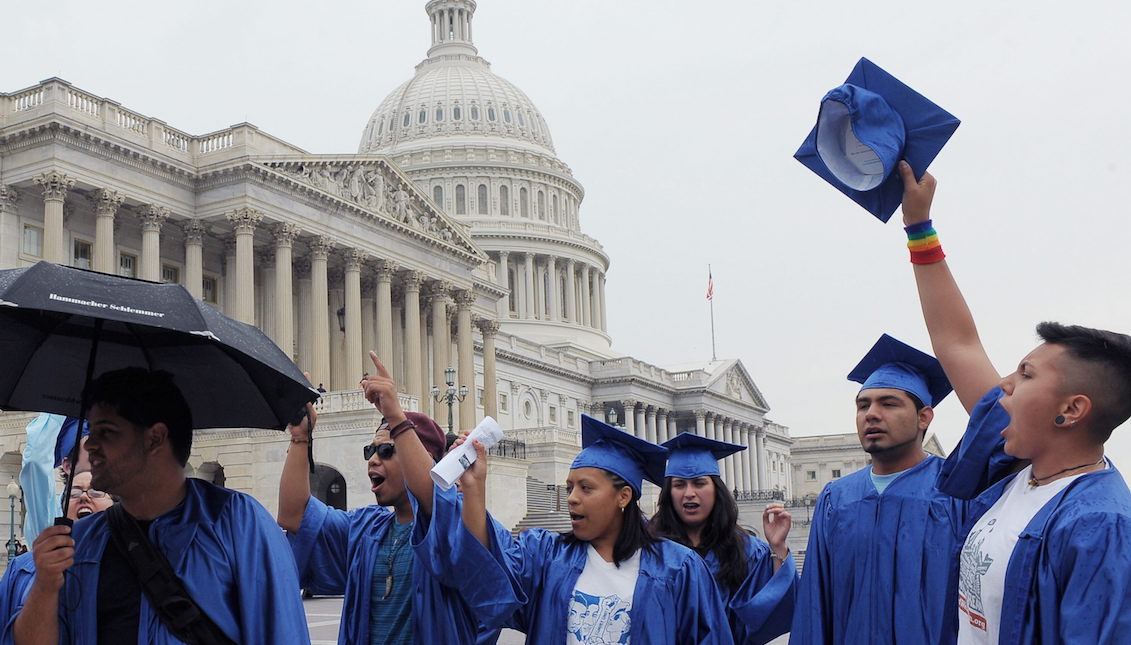 Dreamers are much more than immigrants

Perhaps if we explain to the president the 140 million dollars that the dreamers contribute annually to the coffers of the state, he will keep DACA intact.

(With information from EFE)

President Trump has made it clear how difficult it is for him to make a decision about the future of so-called "Dreamers”, thousands of undocumented young immigrants who were brought to the country as children, by their parents.

Since the previous administration approved DACA in 2012, more than 800,000 young people have benefited from it, transforming themselves into a workforce and integrating a society that has embraced them since childhood.

While President Trump has assured that the Dreamers can rest easy, a final request from ten states has given the government a deadline until September 5 to rescind the program, or threaten to file a suit in a Brownsville court (Texas) to end the program through the courts.

Faced with the possibility that this is could be the end of a program so important to the immigrant community, a group of 20 state prosecutors sent a letter to the president to "affirm his commitment to undocumented youth."

"Mr. President, now is the time to reaffirm the commitment you made to those 'incredible children' who benefit from DACA and their families and communities, to handle this issue with a heart," reads the letter.

The initiative was led by California Attorney General Xavier Becerra and has been signed by 19 other prosecutors, including New York, Illinois, New Mexico, Connecticut, Hawaii, Delaware, Iowa, Maine, Maryland, Massachusetts, Minnesota, North Carolina, Oregon, Washington and the District of Columbia.

These prosecutors have tried to explain to the president that the Dreamers, "have become our new soldiers, graduate students, our nurses or emergency personnel. They are our neighbors, our co-workers or the leaders of our churches and communities. "

That is why the signatories have asked the president to "train" immigrant citizens to reach their full potential, instead of "terrorizing" them, warning that the cost of not doing so would be "too high" for the country's economy, since ending DACA would mean a loss of more than 460 billion dollars in ten years.

This was demonstrated by a study of the Center for American Progress published Friday, through the data of the Immigration and Citizenship Service (USCIS), which argues that ending the migratory relief of the Dreamers, would result in getting rid of 658,000 market workers in the country.

This decrease in labor force would mean a loss of 460.3 billion of GDP in the next ten years, according to EFE.

The president's situation is not easy, but the solution was offered last Thursday by lawmakers Lindsey Graham (Republican for South Carolina) and Richard Durbin (Democrat for Illinois). According to Univision, both senators introduced the Dream Act 2017 bill, which would "grant a conditional resident status to dreamers, and the Secretary of the Department of Homeland Security would cancel the deportation orders that weigh on them."

Under this law, citizens who have entered the country under 17 years of age without documents, but have more than 4 years of residence, an education degree and no criminal record, could benefit from the regularization of their status.

According to Marc Short, the director of legislative affairs at the White House, "the Trump Administration has opposed the 'Dream Act' and is likely to be consistent with that."

Perhaps with the new economic study of the Center for American Progress, the president could reconsider Graham and Durbin’s proposal.