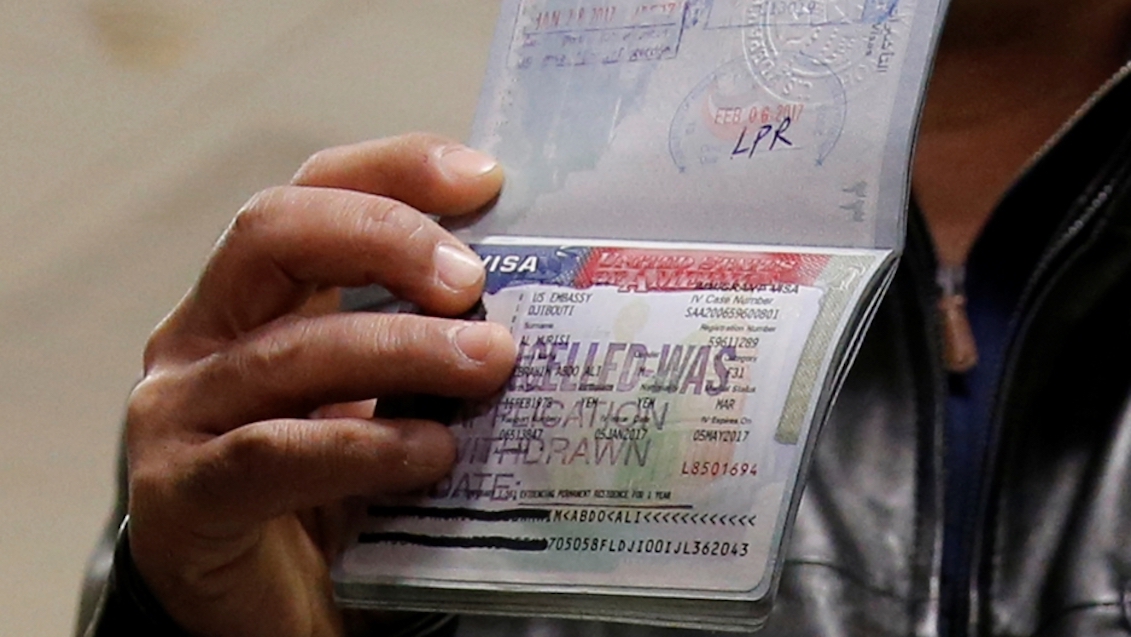 A Yemeni national, who was denied entry into the U.S. in February 2017 because of a country-based travel ban, shows the canceled visa in their passport. Credit: Jonathan Ernst/Reuters

In a new effort to reduce immigration in the country, Donald Trump’s government has started confiscating and denying passports to U.S. citizens on the border…

According to the Washington Post, "a growing number of people whose official birth records show they were born in the United States" are being denied passports, and their citizenship is being "suddenly questioned."

"The Trump Administration is accusing hundreds, and possibly thousands, of Hispanics along the border of using fraudulent birth certificates since they were babies," the report continues.

Although the government has declared that it has not changed the procedures of passports adjudication, it has admitted that "the U.S.-Mexico border region happens to be an area of the country where there has been a significant incidence of citizenship fraud.”

"As the Trump Administration attempts to reduce both legal and illegal immigration, the government's treatment of passport applicants in South Texas shows how U.S. citizens are increasingly being swept up by immigration enforcement agencies," the report said.

This new strategy is argued under the existence of multiple cases of documentation fraud between the 1950s and 1990s by midwives and gynecologists who "provided U.S. birth certificates to babies who were actually born in Mexico."

Previous administrations, such as those George W. Bush and Barack Obama, resorted to similar mechanisms when denying passports to people who were suspected of having fraudulent certificates. The difference now is that the Trump government has not only increased the frequency of denied documents, but has also proceeded to revoke them, requesting additional documentation in some cases and, in others, denying it completely.

The new tactic of passport removal joins a broader mechanism on the part of the Trump administration that consists of new restrictions on the applications to permanent residence and citizenship for immigrants, and the breadth of rank for cases of deportation by U.S. Customs and Immigration Services (USCIS).

In one way or another, the "zero tolerance" policy of the Trump government has now begun its administrative stage and seems like it will not stop.