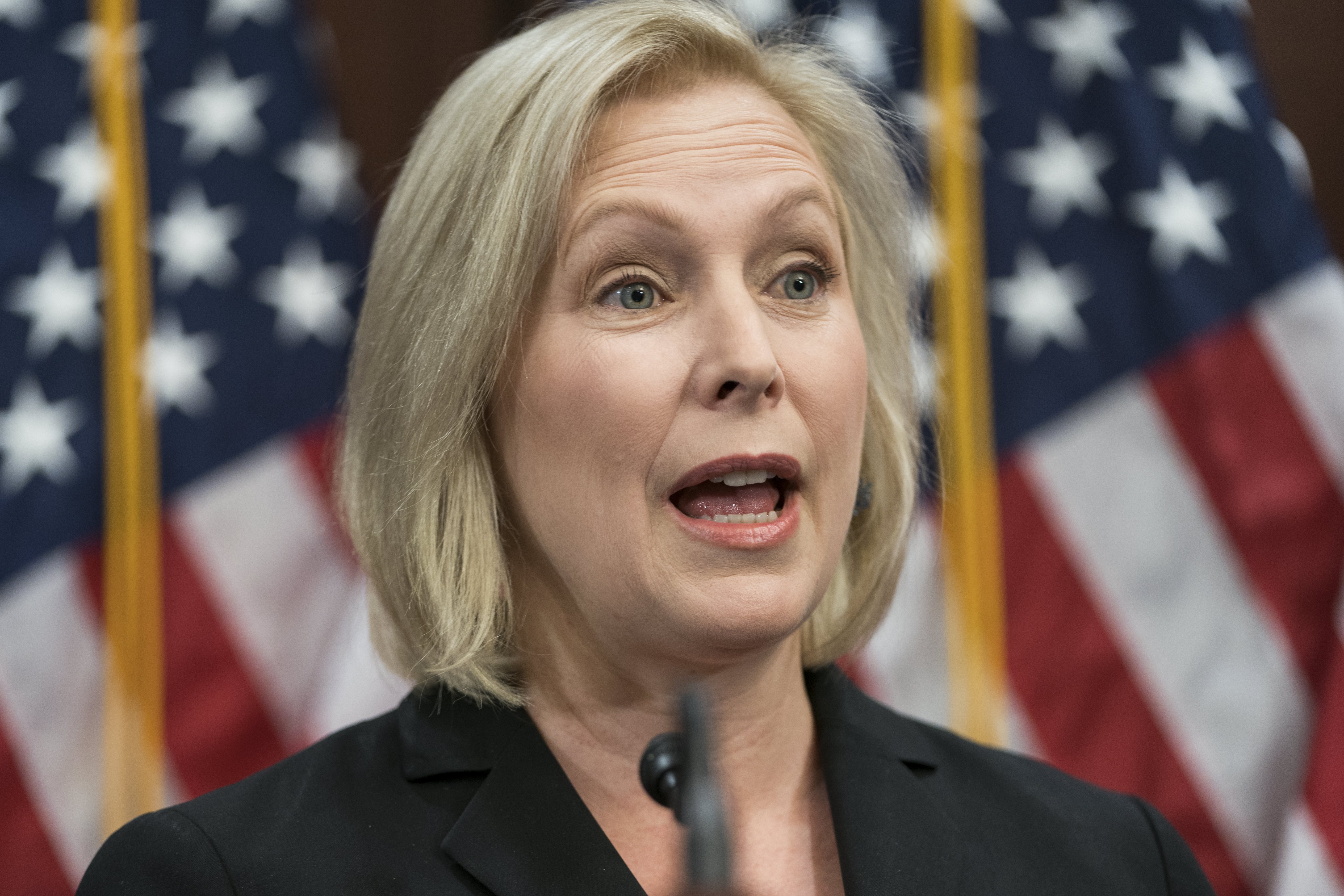 Democratic Senator from New York, Kirsten Gillibrand, speaks about President Trump's sexually suggestive tweet about her in the US Capitol in Washington,

A group of 59 Democratic congresswomen on Tuesday called on the United States House of Representatives to launch a probe into accusations of sexual misconduct against President Donald Trump.

In a letter to the chair of the House Committee on Oversight and Government Reform, Republican Trey Gowdy, and that committee's ranking Democrat, Elijah Cummings, the congresswomen said Americans deserved to know the truth about the allegations, which first surfaced during the 2016 presidential campaign.

Their request comes a day after three of Trump's accusers - Samantha Holvey, Jessica Leeds and Rachel Crooks - held a press conference in New York to reiterate their accusations and demand a congressional probe.

"At least 17 women have publicly accused the president of sexual misconduct," the letter read, noting that one woman, Natasha Stoynoff, has recounted how the real-estate mogul and former reality-TV host "pushed her against a wall and forced his tongue down her throat."

Another woman, Kristin Anderson, accuses Trump of having "touched her genitals through her underwear."

"The president's own remarks appear to back up the allegations. The president has boasted in public and in crude terms that he feels at liberty to perpetrate such conduct against women," the letter said.

That was a reference to a 2005 video clip - disseminated by the Washington Post during the election campaign - in which Trump is heard describing a failed attempt to seduce a married woman and boasting that women let him grope them due to his celebrity status.

The letter also noted that "in the time of 'Me Too," some members of Congress have stepped down due to accusations of improper sexual conduct.

Trump, for his part, took to Twitter Tuesday to reiterate that women accusing him of sexual misconduct were fabricating their stories and said the Democratic Party and the media were trying to use those allegations to bring him down.

"Despite thousands of hours wasted and many millions of dollars spent, the Democrats have been unable to show any collusion with Russia - so now they are moving on to the false accusations and fabricated stories of women who I don't know and/or have never met. FAKE NEWS!" the president tweeted.

He also used that same medium Tuesday to attack a Democratic senator from New York, Kirsten Gillibrand, who on Monday joined four of her colleagues in calling for Trump to resign over the "credible" and "numerous" accusations he faces.

"Lightweight Senator Kirsten Gillibrand, a total flunky for (Senate Minority Leader) Chuck Schumer and someone who would come to my office 'begging' for campaign contributions not so long ago (and would do anything for them), is now in the ring fighting against Trump," he wrote.

"You cannot silence me or the millions of women who have gotten off the sidelines to speak out about the unfitness and shame you have brought to the Oval Office," she wrote.