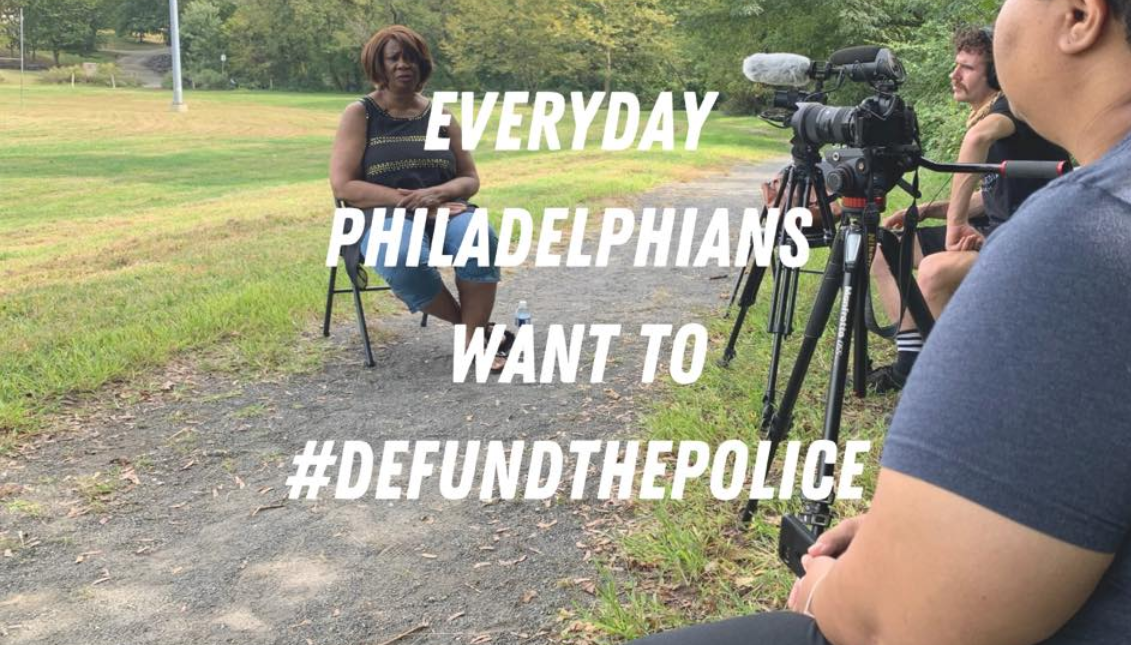 As the nation sits on edge, awaiting the results of the nerve-wracking trial of Derek Chauvin, the former Minnesota cop who took the life of George Floyd, one Pennsylvania-based public interest law firm has chosen to do more than just wait.

For Americans who have not been paying too much attention over the past decade to the epidemic of police brutality and systemic oppression within the justice system, it may appear that this is an open and shut case.

Many may find it inconceivable and even absurd for Chauvin to be acquitted, and for the family of George Floyd to walk away without justice for their son, but for Black Americans and social justice allies, this is a very real possibility, and one that needs to change.

While the justice system is a much more difficult institution to tackle with any immediate success, the law enforcement budget and policies are a more accessible place to start. That is what Amistad Law Project is striving for in their new documentary entitled, Everyday Philadelphians Want to #DefundThePolice.

Founded in October 2014, the Amistad Law Project, aims to recognize the rights of all humans, and build powerful multi-racial alliances against systemic oppression.

Their name derives from the Amistad Rebellion of 1839, when slave traders kidnapped a large number of Africans from their home in Sierra Leone. Fifty-three people were purchased and forced upon a ship bound towards the Carribean on a slave ship called La Amistad.

On July 1, the abductees bravely rose up and defeated their captors in this well-known rebellion. Later, these 53 Africans were taken to the U.S. tried in court and acquitted.

The word amistad also means “friendship” in Spanish, and the law firm values the importance of both righteous resistance, and strong communal connections.

The short documentary consists of interviews with eight working-class Black women, who each give their reasons for why they want to defund the police, and what community safety means to them.

In the middle of the 2020 uprising for Black lives, activists of all backgrounds, Amistad Law Project and other advocacy organizations found themselves facing an uphill battle to reduce Philadelphia’s Police Department budget.

Two important points in response to @PhillyMayor’s #PhillyBudget: 1. We reject the shell game with the police budget. No increase for the police means no increase. Resources for police running through the Managing Director’s office are increasing the police budget.

While some officials did notice the growing demand through observing the street protests, Amistad knew that the movement ran much deeper. It knew that community members all throughout the city have been calling for Philadelphia to defund the police for years.

With a renewed sense of urgency to ensure that the voices of those in Philly’s Black and Brown neighborhoods were heard and understood, the law firm quickly assembled a series of short video call testimonials, which it promoted on social media last summer.

As the end of summer approached, an intuitive pull towards more depth and intensity prompted Amistad to create its current documentary, in partnership with their allies at Bonfire Media Collective.

We made these videos for @AmistadLaw focused on everyday Philadelphians' opinions on #DefundThePolice pic.twitter.com/gfyLm0fygi

The intention of the meaningful video campaign  is not only to make the case for a radical redistribution of police funding, but also to reimagine the concept of community safety.

Viewers will get to hear directly from Philly residents what the communities really need, and have needed for several years, to truly make their beloved city safe and healthy for all.

The opening video begins with a steady drumline playing in the background as images of protesters, Philadelphia landmarks and racial justice murals wave by. The iconic chants of “education not incarceration,” and “enough is enough,” can also be heard, as the viewer prepares to meet the first speaker, Regina Glass.

Glass is a social worker, and a DC47 Union member, and stressed the point that continually funding the police department, while depriving the community of much-needed resources in education, jobs, housing and social services, is counterproductive.

“When I think about the city’s budget, it hurts me to even think about it: that you would take so much away from a community that’s already starving,” Glass said.

The Latinx experience with law enforcement: Not great, worse for some, and in need of more investment
May 18th, 2022
What to know about Mayor Jim Kenney’s new Philly budget
April 1st, 2022
Dismantling the Police System: Is it Possible?
June 8th, 2020

She then went into a little bit of her history and why Philadelphia’s neighborhoods and people mean so much to her. Glass recently inherited ownership of her father’s grocery store on 22nd street, and described herself as a “people person,” just like him.

Glass explained that her father weaved genuine benevolence and mutual aid into his business practice, letting patrons borrow food that they needed, allowing them to pay him back when they could. Glass was so inspired by her father’s simple way of giving back, and said that she adopted this philosophy of compassion and community support.

Viewers then heard from Angela Baker, a minister, and recent Temple University graduate, who received a Master’s in social work. Baker, a lifetime Philadelphia resident, describes herself as “one who fights for justice,” and she does this mainly through her work in the organization called CADBI.

CADBI stands for Coalition Against Death By Incarceration, and it supports her in terms of her loved one, Eric Joseph, who is currently serving a life sentence.

“We are fighting together, because of an injustice system. You know, it’s easy to get in trouble, but it’s hard to get out,” Baker said.

Glass and Baker are just two of the Black women Amistad Law Project chose to feature in its documentary, but their stories are relatable to so many fellow Philadelphians.

Every week, people in this city are faced with situations that feel like a double-edged sword. For instance, when a loved one starts displaying signs of a severe mental health crisis, the appropriate next steps can already feel tricky, but when the sheer act of calling the cops could lead to their death, the panic and hopelessness sets in.

Last October, Walter Wallace Jr. had a mental health episode, and police responded by fatally shooting him, even as his mother pleaded with police to understand his condition.

This year, Amistad is partnering with mental health professionals to steer the responsibility away from the police and create more fitting alternatives that utilize compassion, care and mental health expertise in their responses.

Amistad demands that Mayor Kenny, along with City Council, refuse to increase police funding, and reject the “co-responder” model that pairs a police officer with a mental health professional.

The law firm believes that the establishment of alternatives to traditional policing need to begin in the here and now. Not increasing the police budget and funding a “mobile crisis” response team is only a first step, and many more must be taken.

Philly can do better than Denver. This budget season it’s essential we have #NoIncreaseForPolice and fund mental health crisis responders who can be dispatched separately from the police instead. #TreatmentNotTrauma https://t.co/ZraJmMVIuq

In the years to come, Amistad is seeking the creation of non-police first responders sent out to address “unwanted person calls,” petty crimes and domestic complaints. It also wants to see unarmed public safety personnel in charge of handling traffic violations and speeding tickets all over the city.

“Instead of pouring resources into creating a police state in Philly ahead of the verdict in the Derek Chauvin trial, what if we spent that money on community based violence interruption programs aimed at disrupting the cycle of gun violence?,” Amistad wrote in a tweet.