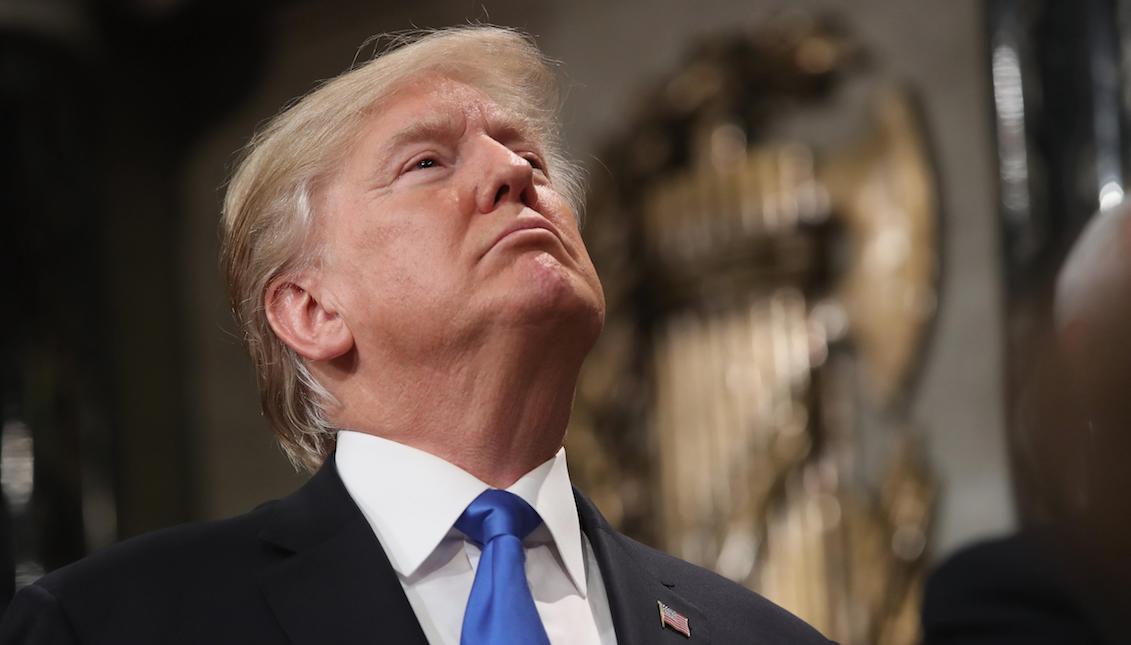 US President Donald Trump (c) says goodbye after delivering his speech on Tuesday, January 30, 2018, on the State of the Union before Congress, in Washington (United States). EFE / WIN MCNAMEE

In the midst of the populist tirade in which the traditional speech of the State of the Union was transformed this year, Donald Trump declared specific issues…

Trump's State of the Union speech was the 80 most coherent minutes in his entire political career. Coherent because he managed to maintain a discursive thread, because he managed to avoid (to a large extent) his iconic crutches, and because he kept his explosive temper on the sidelines. But each of his phrases uncovered not only the instability of his government but the danger of having him in command of one of the most powerful countries in the world.

While many expected him to address the real issues of his 12 months in office (the crisis in Puerto Rico, his attack on immigrants, his favoritism by right-wing extremism or the Russiagate), the president repeated his campaign plan, attributing himself achievements that weren’t his, and transforming his dangerous promises into a tacit order to Congress.

These are the 5 most dangerous things that the president said:

Colombian Nobel Peace Laureate arrived in Ukraine to support Zelenski
August 16th, 2022
Art as a weapon of resilience in the aftermath of war in Colombia
March 21st, 2022
Biden makes no mention of ICE abuses during first State of the Union address
March 2nd, 2022
1. Economic growth and unemployment are his government’s achievements

"Since the election, we have created 2.4 million new jobs, including 200,000 new jobs in manufacturing alone ... Unemployment claims have hit a 45-year low." While this figure seems close to the data published by the media, the country's economic growth (and especially unemployment in African-American communities) is a phenomenon prior to the Donald Trump administration. The danger of this type of political maneuvering is the destruction of the historical trajectory of US policy, in order to convince the less educated public that "everything was wrong before we arrived".

2. The crisis of opioids is due to drug trafficking

Since declaring the epidemic of opioid addiction in the country as a crisis last October, Trump has insisted that border security is essential to combat it, as well as changes in immigration policies. But according to the Centers for Disease Control and Prevention, 40% of opioid deaths in 2016 were due to painkillers with a prescription. If the president insists on solving his problems through political stratagems that suit only his ideologies, these death rates will only escalate.

3. Terrorism justifies the perpetuity of the prison in Guantanamo

Trump asked Congress to keep the prison in Guantánamo open to "ensure that in the fight against ISIS and al-Qaeda, we continue to have all necessary power to detain terrorists." Would this also imply the maintenance of torture mechanisms and the violation of international law? The president implied this in a statement on January 26, 2017, and his request to keep Guantánamo open seems to be another attempt to fulfill his dangerous promises.

4. The United States will punish those who don’t agree with its policies

Referring to his presidential order to relocate the US embassy of Israel in Jerusalem, Trump asked Congress to grant foreign assistance funds "to the friends of America, not enemies of America," cataloging as such those who opposed his decision in the United Nations General Assembly. The president would thus be confusing the autonomous right of a country with its participation in international cooperation agencies, which would result in an isolationism typical of a preamble to a global conflict.

5. The United States will rearm its nuclear arsenal

"As part of our defense, we must modernize and rebuild our nuclear arsenal, hopefully never having to use it.” Although the Obama administration had allowed a financing project to modernize the national nuclear armament, it has been Trump's aggressive diplomacy that has increased the tension with regimes like North Korea, instigating an international conflict. For political science specialists, "this is probably the worst message he could have sent to the North without issuing a direct military threat."