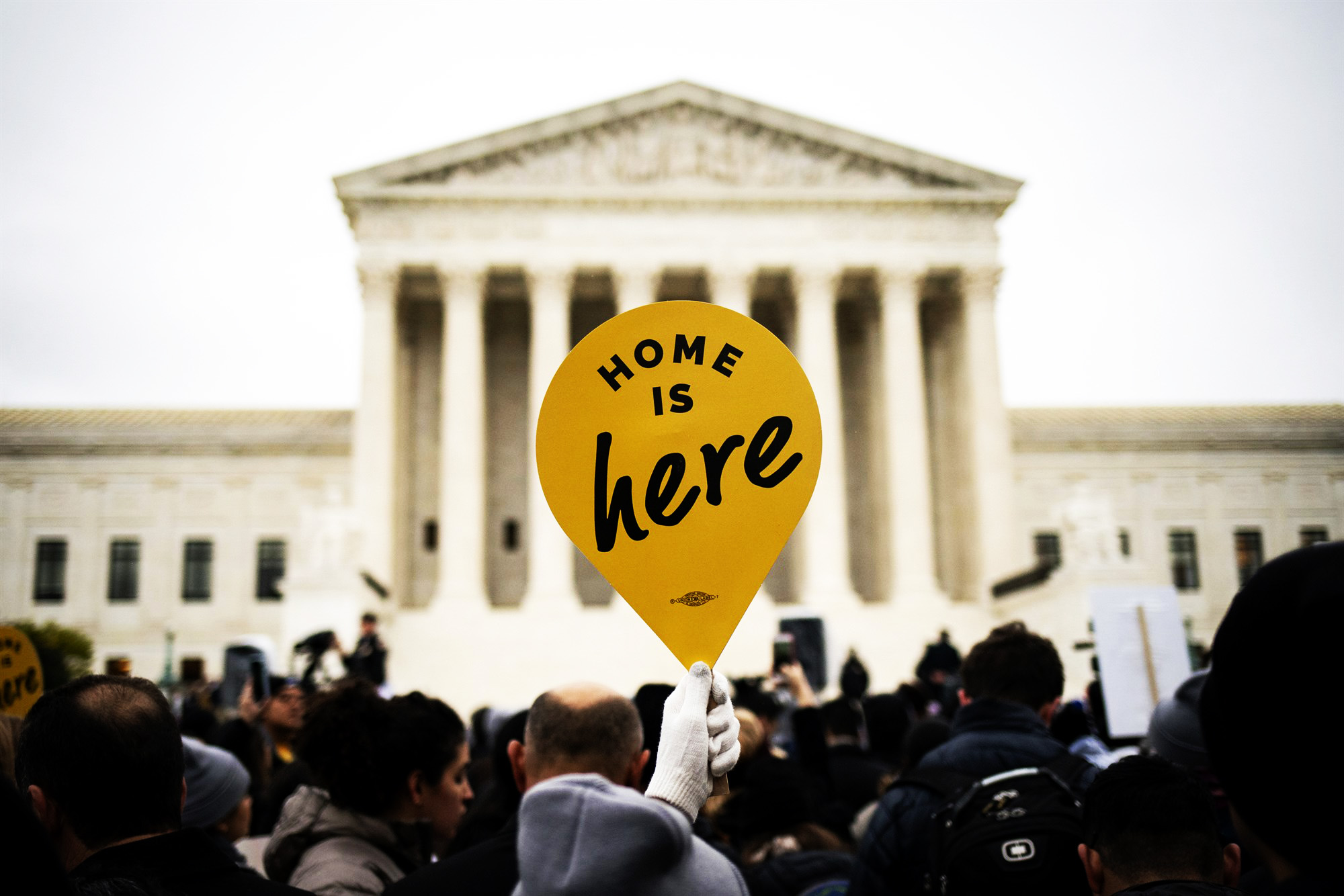 The Supreme Court has ruled that DACA recipients can continue to live and work in the United States without daily fear of deportation.

After years of living in limbo, over 700,000 DACA recipients can finally have peace of mind.

Today’s ruling against the Trump administration’s attempt to eliminate DACA now puts an end to the years-long battle.

In 2012, under former President Barack Obama,, the Department of Homeland Security (DHS) announced the Deferred Action for Childhood Arrivals, or DACA.

It allows certain undocumented immigrants who entered the United States as children to apply for a two-year forbearance of removal.

Those granted such relief are also eligible to work and for various federal benefits.

Five years later under the Trump administration, the Attorney General advised DHS to rescind DACA, based on his conclusion that it was unlawful and so ensued the years-long court battle that ended on June 18.

The opinion of the Court was authored by Chief Justice John Roberts, who sided with the court’s four liberal judges, finalizing the 5-4 decision.

Roberts reasoned that the Trump administration’s termination of the program was in violation of federal law that governs administrative procedure, therefore making it unconstitutional.

“We address only whether the agency complied with the procedural requirement that it provide a reasoned explanation for its action. Here the agency failed to consider the conspicuous issues of whether to retain forbearance and what if anything to do about the hardship to DACA recipients,” wrote Roberts.

The fight is not over

Now that DACA is here to stay, politicians say the next step is for Congress to sign a comprehensive immigration solution that will further protect DREAMers.

Julian Castro took to Twitter immediately after the ruling, saying DREAMers now, “deserve an immediate and permanent solution from Congress.”

President Obama knew Dreamers were an inseparable part of the fabric of our nation.

The Trump administration abandoned them, but they’re #HereToStay.

Now they deserve an immediate and permanent solution from Congress. https://t.co/RvkTb8SQsq

Assemblywoman Lorena Gonzalez (D-CA) and Elizabeth Warren shared the same ideals, saying that the decision to keep DACA is the first step towards further protective action.

“The fight is far from over,” Warren tweeted. Urging the next step is a path to citizenship.

The Supreme Court’s decision to uphold DACA was the right one, and a welcome relief to so many of our neighbors, friends and family members. Now, we must continue to push Congress for a comprehensive immigration solution that will protect our Dreamers. #HomeIsHere pic.twitter.com/zOaR3Noniw

The Supreme Court made the right choice to overturn Donald Trump’s cruel termination of DACA—but this fight is far from over. I’ll keep fighting to ensure Dreamers and their families have a path to citizenship in the country they call home. #HereToStay

Yes, the ruling is a major defeat to the Trump Administration. Under DACA’s protection, young immigrants are given partial legal status, but there is not yet legislation offered to become full citizens.

A historic day, indeed,  but also a doorway for continued change.