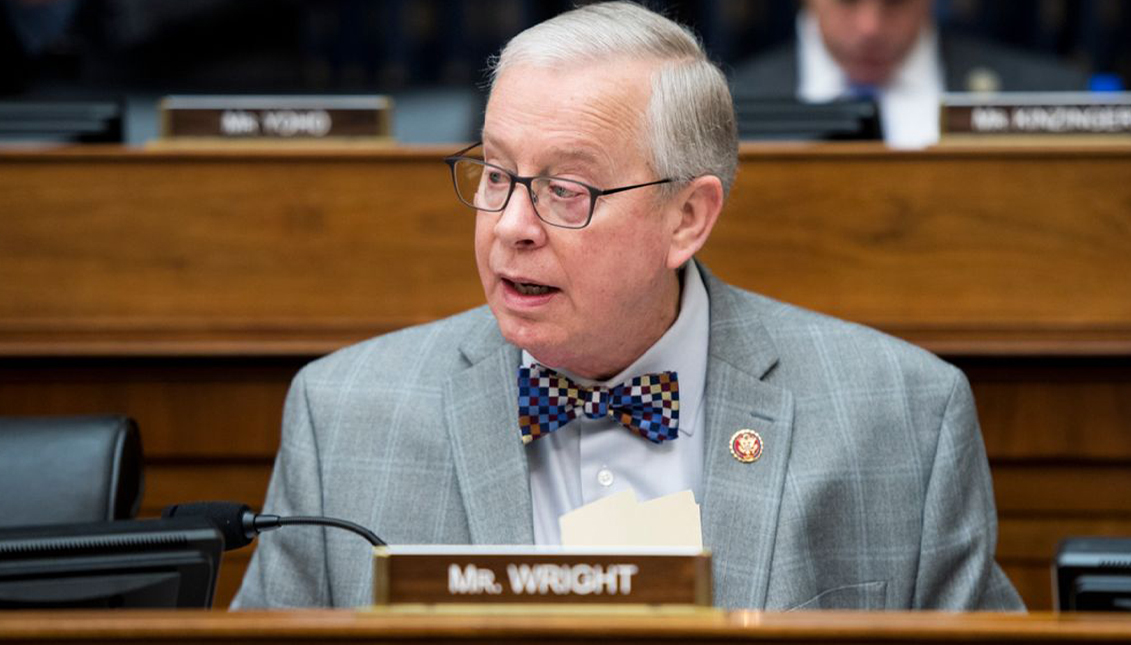 Texas Rep. Ron Wright is the first sitting member of Congress to die of COVID-19

Wright, who was diagnosed with coronavirus on Jan. 21, died on Feb. 7. He was also fighting lung cancer.

Republican Rep. Ron Wright of Texas’ 6th congressional district passed away due to complications with COVID-19 on Feb. 7, a little more than two weeks after he was first diagnosed with the virus on Jan. 21.

At the time of his diagnosis, Wright had said he was only experiencing minor symptoms and would continue working from home.

In the release announcing his death, Wright’s office said both he and his wife had been getting treatment at Baylor Hospital in Dallas for the last two weeks.

"Congressman Ron Wright passed away peacefully at the age of 67 on Feb. 7, 2021. His wife Susan was by his side and he is now in the presence of their Lord and Savior," read the release.

It also noted Wright’s ongoing battle with lung cancer, which he was hospitalized for in September 2020 following complications with treatment.

“Ron maintained his quick wit and optimism until the very end. Despite years of painful, sometimes debilitating treatment for cancer, Ron never lacked the desire to get up and go to work, to motivate those around him, or to offer fatherly advice,” his office wrote.

During his cancer battle, GOP members of Congress honored Wright by donning bowties, a signature of his look.

Rep. Monica De La Cruz shows off Selena fandom with portrait of the late singer in her office
January 5th, 2023
Who is Pete Aguilar? Soon to be Democrats' most powerful Latino in the House
November 30th, 2022
Last round of coronavirus funding relief arrives for higher education
July 14th, 2022

Both party leaders in the House expressed condolences when the news of his death broke.

"Ron Wright was a fighter who passionately served his constituents, Texas, and America. As a member of the Arlington City Council, as a Congressional staffer, and as a Member of Congress, he led with principle, integrity, and thoughtfulness," House Republican Leader Kevin McCarthy said.

"As we grieve Congressman Wright's passing, Members of Congress are united in sorrow and pray for the families and loved ones of the over 460,000 Americans who have been killed by the vicious coronavirus," House Speaker Nancy Pelosi said in a statement following Wright’s death. "Each death is a tragedy that breaks our hearts and demands strong, urgent action."

While Louisiana Representative-elect Luke Letlow died of COVID-19 just days before taking office, Wright is the first sitting member of Congress to die of the virus.

A number of legislators have also contracted coronavirus, but recovered following being diagnosed.