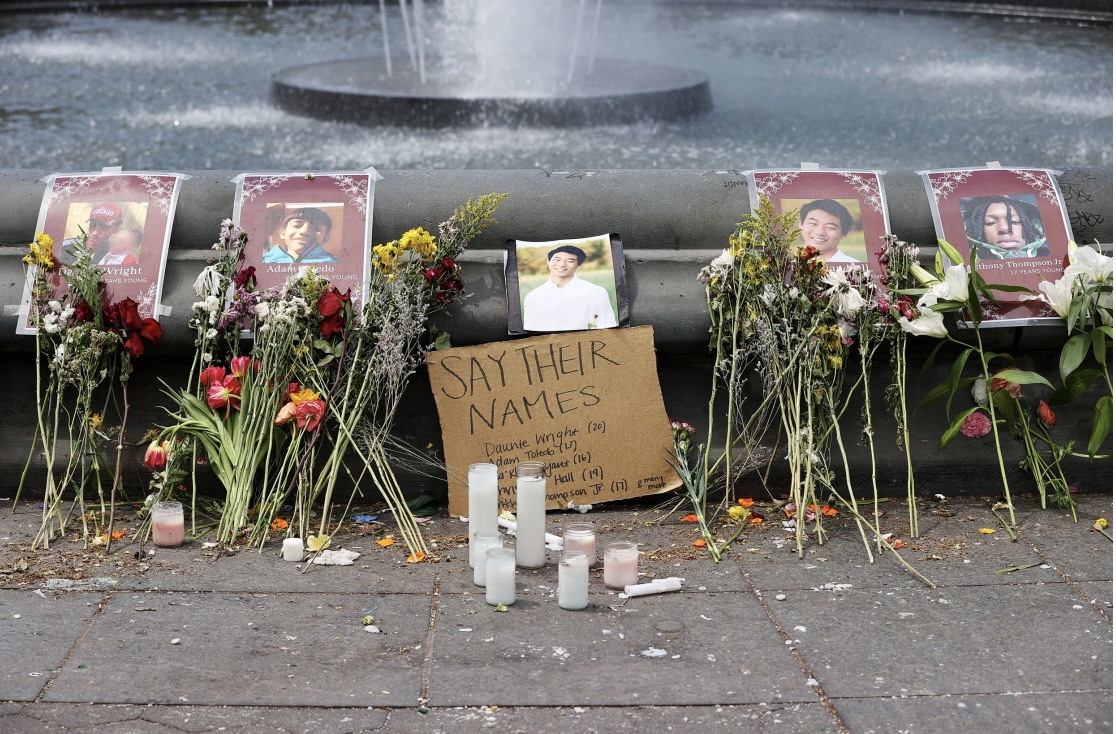 Christian Hall's death didn't initially get the press to go national. Now, his story has been heard from Philadelphia to the Philippines. Photo: Anadolu Agency/Getty Images

Hall was shot and killed by PA state troopers amid a mental health crisis on Dec. 30, 2020.

Christian Hall, 19, was killed by Pennsylvania State Police troopers on Dec. 30, 2020. On the anniversary of his death, Hall’s family held a vigil close to their home and the overpass where Hall died.

Activists held similar events in more than a dozen other locations, including New York, Philadelphia, Los Angeles, and the Philippines, where Christian’s mother, Fe Hall, was born.

Tonight, communities across the country will be honoring Christian Hall, one year after PA state troopers shot him during a mental health episode.

Join us at 6 pm at 10th Street Plaza as demand justice for him, and all victims of police violence. pic.twitter.com/JPUbO2eVE4

Nicole Henriquez, Hall’s cousin and one of the vigil organizers, told NBC News that the event shows the state that people remember the case. The gatherings included candlelight ceremonies, poetry and music.

“What he needed was support and understanding, but instead he was gunned down with his hands up,” read Instagram posts announcing the vigils.

On this day last year, Christian Hall was unjustly killed while standing on an overpass with his HANDS UP. He was experiencing a mental health emergency and called for help but police shot him instead. Rest in Power, Christian. pic.twitter.com/S3SnJgdfiR

On Wednesday, Dec. 30, 2020, Hall was in the middle of a mental health crisis. He had recently gone through a breakup and was struggling with the isolation brought on by the pandemic. Hall, who was adopted from China as a baby, also suffered from reactive attachment disorder, which is common among adoptees.

Hall anonymously called 911 to report a possibly suicidal person. When the state troopers arrived, it was reported that Hall was seen standing near a bridge with a “toy pellet gun,” suggesting that he was contemplating suicide.

PA State Police claimed that the teenager became uncooperative and began advancing towards them, pointing the gun directly at the troopers. In an act of self-defense against this perceived threat, they shot and killed Hall.

Last fall, a new video released by Spotlight PA showed the final moments of Hall’s life, revealing that he had his hands in the air when he was shot.

Hall’s parents are suing the troopers who shot him, whose names have not been released, and they are calling on state leaders to open a new investigation.

They are working with the Asian Pacific Islander Political Alliance, a PA-based nonprofit, to push for greater access to mental health care for Asian-Americans, including those who are adopted.

The Hall’s also want mental health professionals to respond to 911 calls alongside law enforcement officers. Other cities, including Denver, Oakland, and San Francisco, have launched pilot programs with similar strategies.

Christian Hall should be spending this holiday season with family and his amazing parents whom I cherish. Instead his life was stolen. They deserve accountability and closure.

Today we continue to say his name and demand change. #JusticeforChristianHall https://t.co/LNjYUPUpl6

Fe Hall said she thinks about her son on the bridge alone, faced with multiple squad cars and uniformed troopers, guns drawn. She believed that anyone in that situation would have reacted with confusion or fear.

“Police? They’re not caregivers,” she said.