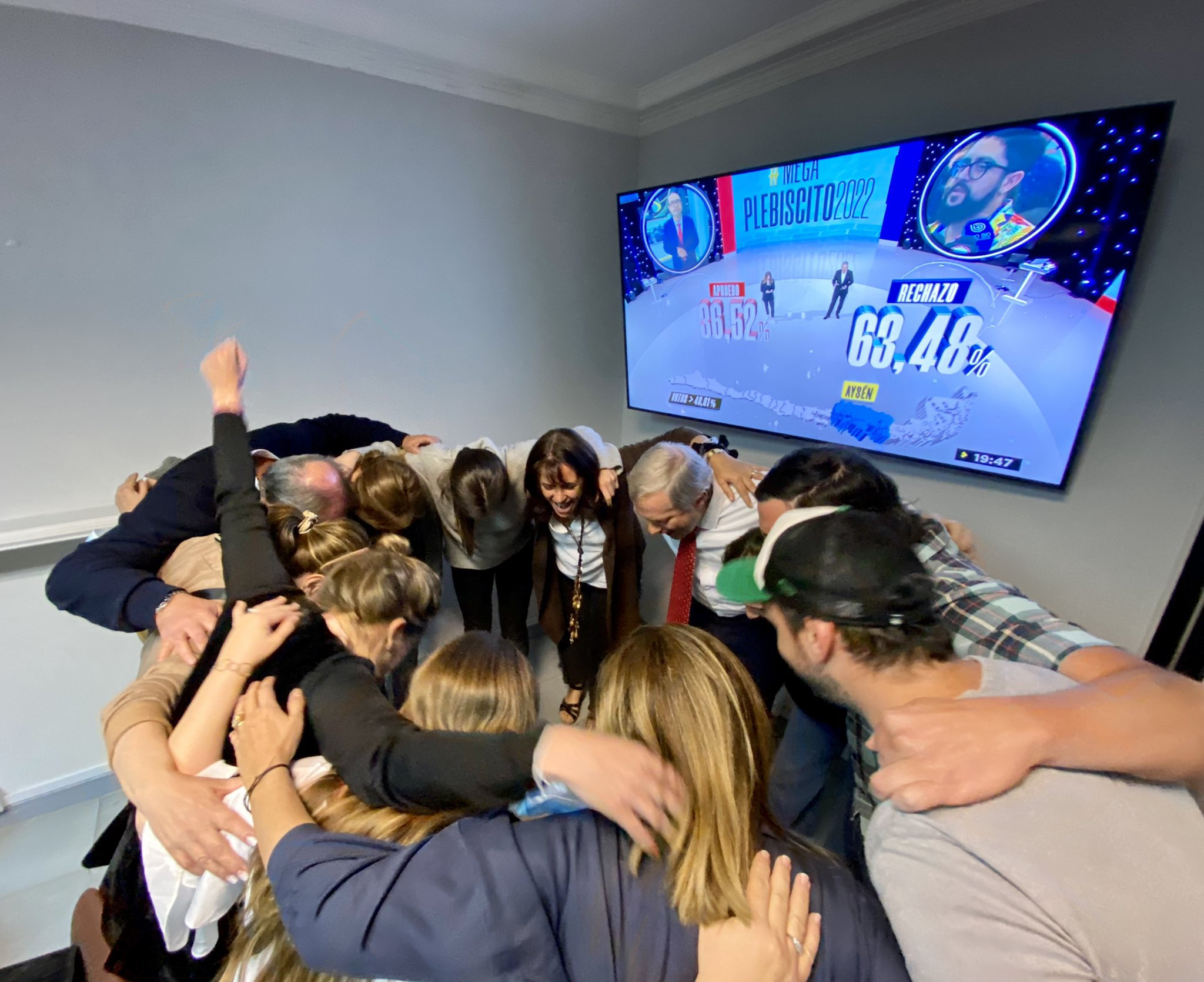 Thousands of Chileans celebrate the victory of 'rejection'

They took to the streets of Santiago and other cities in Chile, after the new constitution was rejected.

61.87% of Chilean voters voted against a new proposed constitution that was to replace the one established under dictator Augusto Pinochet.

One of the most repeated slogans on Sunday night was: "Chile is, and will be, a country of freedom!" Young people, the elderly and children took to the roads of Santiago de Chile, aboard vehicles, shouting in jubilation.

In one of the municipalities with more resources in the whole country, Providencia, in an exclusive hotel, the 'Rejection' command received the news of the electoral results from the Electoral Service (SERVEL) through a big screen, which unleashed joy over the victory.

As in other Latin American countries, the so-called "evangelical vote" was the protagonist of a considerable political attack in the last Chilean elections, and the closing of this phase of the constituent process was no exception.

Elena Ossadón, coordinator of one of the evangelical organizations celebrated in the middle of the command with a paper heart in hand and a Chilean flag shouting "we are happy because we have informed the Christians why we have rejected this Constitution."

For his part, Jaime Eyzaguirre, leader of LDCxChile a right-wing group that does communication work, told EFE that this "is a transversal result in all of Chile."

"The country spoke. Today we have to reorganize and see with civil organizations what is the best process. We are interested in reaching broad agreements, neither of the right nor of the left, but one that represents everyone," he continued.

Karla Rubiar, former Government spokesperson (2018-2022) said that "we have to pick up the citizen mandate and reach an agreement."

"People want unity, changes, peace and security. Tomorrow we have a second opportunity to do things right because a new constituent process is coming, but we have to reach a new Constitution that represents all of us," she continued.

Only 38.1% voted to accept the new constitution, which sought equal social rights.

With the result of the democratic process, the Constitution inherited from the dictatorship of Augusto Pinochet (1973-1990), which was also partially reformed during the government of Ricardo Lagos (2000-2006), remains in place.