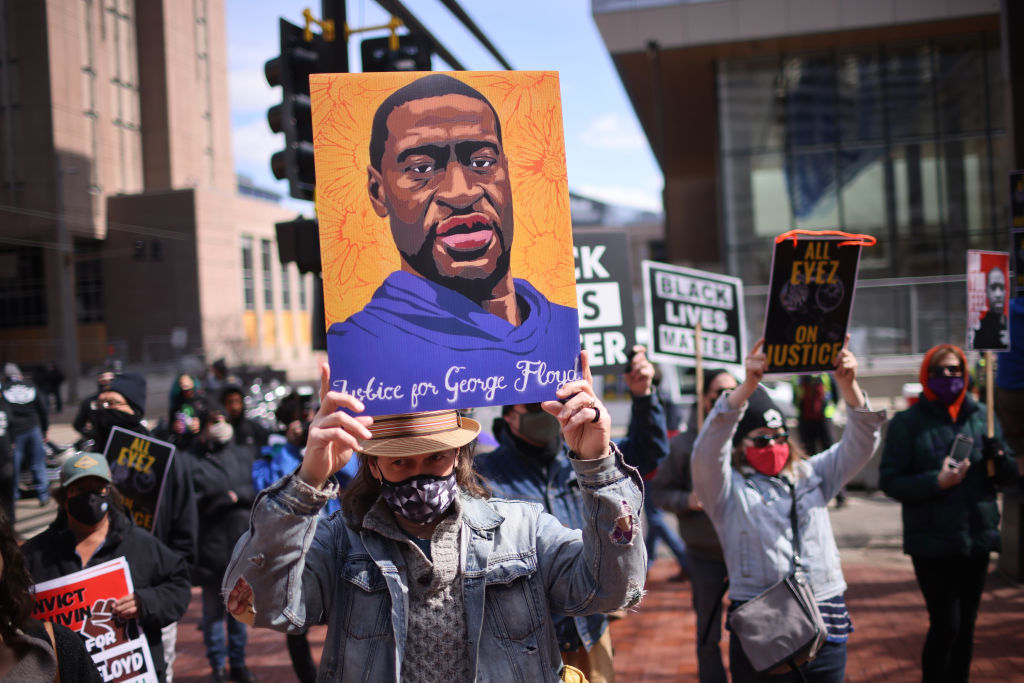 A week one recap of the trial of Derek Chauvin

As the trial enters its second week, take a look at what was the beginning of what could be a landmark criminal justice case in U.S. history.

George Floyd, a 46-year-old Black Minnesota resident, was killed by Minneapolis police on May, 25, 2020, in April 2021, he remains a household name, and a name that holds decades of trauma, depression and frustration the Black community carries on a daily basis.

On May 25, 2020, while the country and the world were still adjusting to a life of quarantine, excessive hand-washing, mask-wearing and working from home, Minnesota police officer, Derek Chauvin, took the life of Floyd outside a convenience store in South Minneapolis.

Black people dying at the hands of police is nothing new, especially in the U.S., but Floyd’s death, along with the deaths of Breonna Taylor and Ahmaud Arbery, jolted communities around the world, resulting in protests against systemic racism that lasted throughout the summer.

If police forces are essentially sound, with a few bad apples, explain why Derek Chauvin, with 17 misconduct complaints and four fatal encounters, was a field training officer.

For people like Trayvon Martin, Michael Brown and Sandra Bland, all victims of police violence and neglect, the outrage was primarily situated in the Black community.

In the case of Eric Garner, who was murdered by police in 2014 for allegedly selling cigarettes without tax stamps, he was wrestled to the ground by the police and put into a chokehold. With multiple officers pinning him down, he — like Floyd, repeated “I can’t breathe” over and over again until he was pronounced dead at a hospital about an hour later.

Many Black Americans will be watching to see what justice means after seeing so many cases in which police officers have largely been acquitted or gone uncharged in the killing of Black men and women.

Floyd’s murder was eerily similar, but it had a massive impact that led to a brutal awakening for many other communities — the activists this time were people who never thought too deeply about racism before.

On May 25, 2020, Floyd went to a convenience store to buy a pack of cigarettes. The store cashier believed that he had used a counterfeit $20 bill and called the police after Floyd refused to return the cigarettes.

When the police arrived, officers handcuffed him, but when they tried to put him inside the squad car, he resisted. The struggle ended with Floyd face down on the street.

Chauvin, the 44-year-old former officer on trial, placed his left knee on Floyd’s neck, keeping it there for about 9 minutes and 29 seconds, according to prosecutors. Two other officers helped to pin him down, while another prevented witnesses from intervening.

ALL Americans regardless of color should be profoundly angry and saddened by the inhumanity of #derekChauvin. Watching another human beg for his life while being tortured for 9 minutes and 29 seconds should affect anybody with a heart. https://t.co/qIZuzgiaEk

More than 20 times, Floyd verbalized that he was having trouble breathing, and at one point he called out for his mother, who died not long before the incident.

An hour later, just like Garner, he was pronounced dead in a hospital.

The trial of Derek Chauvin started on Monday, March 29 and is expected to last at least one month. Twelve jurors were chosen, in addition to two alternate (backup) jurors, who will remain anonymous and unseen throughout the televised proceedings.

Potential jurors were asked to submit questionnaires describing their existing knowledge of the case, any previous interactions with the police, and their media consumption habits.

Chauvin is charged with second-degree murder, meaning that he unintentionally caused death. A third-degree murder charge was also recently added, which experts claim is easier to prove in court, but it carries a lesser penalty.

BREAKING: A judge dismissed the third-degree murder charge against Derek Chauvin for the police killing of #GeorgeFloyd.

But the judge upheld the more serious second-degree murder and manslaughter charges, meaning he faces up to a total 55 years in prison. pic.twitter.com/WRaOIulDps

The jury will ultimately decide whether Chauvin should serve time in prison or be acquitted.

It is very rare for U.S. police officers to be charged, let alone convicted, for use of lethal force. This is partly because they often successfully make the case for self-defense.

Due to pandemic restrictions, Chauvin is facing trial separately from the other three officers involved. The remaining officers are charged with aiding and abetting second-degree murder and will stand before the courts in August.

Last week, jurors heard from 19 people, including several witnesses who broke down in tears on the stand, as they spoke of their attempts to intervene on Floyd’s behalf.

Several Minneapolis police officers, including Chauvin’s supervisor at the time of Floyd’s death, testified about what they saw at the scene following Floyd’s arrest, the police training Chauvin underwent, and his use of force on Floyd.

The first week of testimony concluded on Friday, April 2, with a veteran officer Lt. Richard Zimmerman, who told the court that kneeling on the neck of a suspect has the potential to be lethal, and there is “absolutely” an obligation to provide medical intervention as soon as possible.

“Holding him down to the ground face down and putting your knee on the neck for that amount of time, is just uncalled for," he said.

Chauvin’s former supervisor said that the force used against Floyd should have ceased when he was already handcuffed and lying on the pavement.

"When Mr. Floyd was no longer offering up any resistance, that should have ended use of force against him,” retired Sgt. David Pleoger told jurors.

After reviewing all of the body-camera footage of Chauvin and the three other responding officers, Pleoger, who recently retired from the Minneapolis Police Department, testified that the restraint of Floyd should have ended much earlier than it did.

A prosecutor and Pleoger went over Minneapolis police policies and the protocol for when a suspect is in the “hobble position,” when both their feet and hands are cuffed. Former Sgt. Pleoger explained that officers are meant to roll a suspect on their side, “so they can breathe easier.”

The two attorneys for Floyd’s family told jurors to look past Floyd’s drug use, after his girlfriend, Courtney Ross, testified about their shared substance abuse disorder and past opioid overdoses.

According to former federal prosecutor Joyce Vance, the airing of Floyd’s struggles with drug use may have been uncomfortable for his family to hear, but it was a necessary legal maneuver by prosecutors.

Following Ross’ testimony, Vance spoke to MSNBC about the significance of this testimony.

"We know intellectually there's not a death penalty in America for passing a counterfeit $20 bill or for being a drug addict. But that's really the strategy that the defense has in mind here, is to plant in the jury's mind the notion that (Floyd) in some ways deserved what happened here," Vance said.

Vance also explained that the defendants will attempt to demonize Floyd’s character by bringing up the substances found in his system at the time of his death.

“Even if the drugs in George Floyd's system contributed in some way to his death that importantly he was brought back in earlier overdose situations with medical treatment which wasn't provided here,” she said.

In a joint statement, Benjamin Crump and Antonio Romanucci said that they “fully expect the defense” to put Floyd’s “character and struggles with addiction on trial because that is the go-to tactic when the facts are not on your side.”

"We want to remind the world who witnessed his death on video that George was walking, talking, laughing and breathing just fine before Derek Chauvin held his knee to George's neck," they said.

“What killed George Floyd was an overdose of excessive force.”

Nearly every person who testified about watching Floyd take his last breath became choked up on the witness stand.

On Wednesday, March 31, Judge Cahill had to call a 10-minute recess when Charles McMillian began to sob as he watched the video of Floyd struggling with police and calling out for his mom.

Charles McMillian, who tried to speak to George Floyd as officers first tried to put him in a police car and then later as Floyd shouted for his mama while Derek Chauvin kneeled on his neck, just broke down on the witness stand.

Court on a break now.pic.twitter.com/otRlBocOuZ

Genevieve Hansen, a 27-year-old off-duty firefighter who stumbled across the scene that day, also cried as she recalled requesting that the officers allow her to administer aid to Floyd.

"I was desperate to help," Hansen said, as she teared up, touching a tissue to her eyes and taking a drink of water.

Genevieve Hansen testifies that she could have checked Floyd's pulse and done compressions -- if officers let her. "There was a man being killed... I would have been able to provide medical attention to the best of my abilities. And, this human was denied that right." @kare11 pic.twitter.com/V2wWtxb5C6

Darnella Frazier, the 18-year-old who recorded the bystander video that went viral, told prosecutors that what she experienced permanently altered her life.

With tears falling down her cheeks, Frazier said that some nights she has stayed up “apologizing and apologizing to George Floyd for not doing more and not physically interacting and not saving his life.”

"Nights I've stayed up, apologizing and apologizing to George Floyd for not doing more and not physically interacting and not saving his life.”

This feeling of guilt was also shared by other witnesses who carry a burden of regret, even though an officer was keeping bystanders at bay.

Many in Minneapolis are concerned that Chauvin’s trial will be retraumatizing, particularly for Black teenagers, who are at risk for developing serious mental health issues as a consequence.

It’s hard watching the Derek Chauvin trial knowing that police kill more than 1,000 people every year and only 1% are convicted for these killings.

There are so many people whose names we don’t know who have not gotten justice. Which makes it so important that George Floyd does.

Research over decades has shown that repeated exposure to racism, either directly or vicariously – which could include watching the video of Floyd’s death – can result in mental and physical damage, such as trauma and post-traumatic stress disorder.

The trial resumed Monday, April 5, as prosecutors probe deeper into Chauvin’s use of force.

The facts and video evidence are stacked against Chauvin, so the trial may end up being a landmark case in the years-long fight for justice against police brutality.