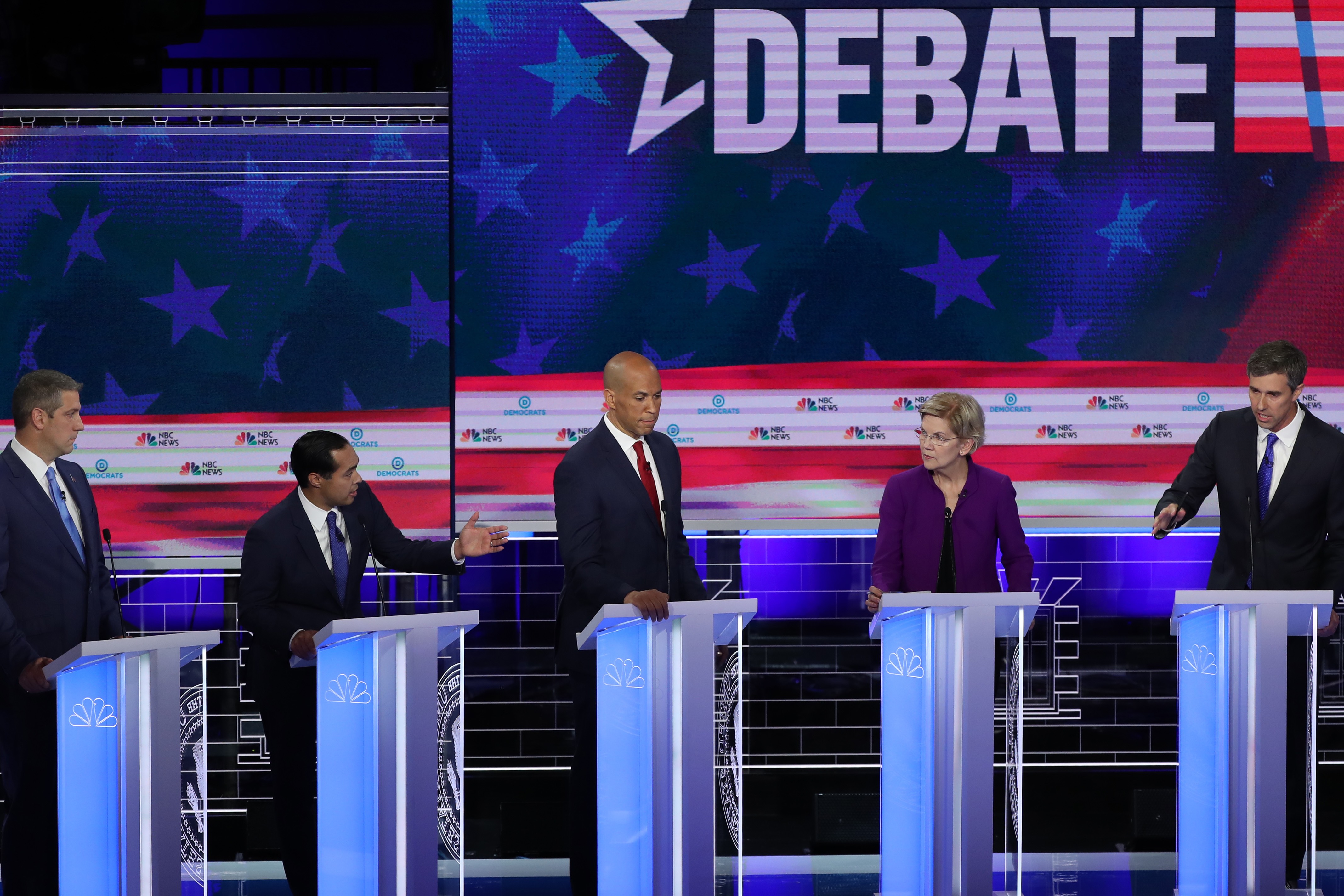 Julián Castro, the only Latino in the race, had an unexpected standout performance during the first night of the Democratic debate after months of running…

The former Housing and Urban Development Secretary and San Antonio Mayor, had his breakout moment Wednesday night, delivering an emotional response to the humanitarian crisis at the U.S. and Mexico border, and challenging fellow Texan and former Congressman, Beto O'Rourke.

Receiving the first immigration question of the night, Castro, 44, the only candidate on the stage with a comprehensive immigration plan, criticized the current administration’s Zero-Tolerance policy and declared, if elected, he would sign an executive order to end it.

He added his Administration would end the “metering policy,” which blocks migrants from crossing into the U.S. to claim asylum and forces them to wait in Mexico for extended periods — a policy he says promoted the “risky swims” that led to the deaths of Oscar Alberto Martinez and his 23-month-old daughter, Valeria, who fled from El Salvador chasing the American dream but drowned this week in the Rio Grande.

“Watching that image of Oscar and his daughter Valeria is heartbreaking. It should also piss us all off,” Castro said during the debate.

A key moment of the night came when Castro challenged former Rep. O’Rourke on how asylum seekers at the border should be processed.

Breaking into Spanish, Rep. O’Rourke spoke on his proposed immigration plan to not criminally prosecute asylum seekers and allow them into the country. “We would not detain any families fleeing violence, in fact fleeing the deadliest countries on the face of the planet today,” O’Rourke said.

A matter that Castro says can only be solved if section 1325 of the law that makes it a federal crime for immigrants to cross the border illegally is repealed, adding that the authorities often use this section to justify separating families at the border.

Castro’s immigration plan includes getting rid of this section — making it a civil offense, but no longer a federal crime, to be an unauthorized immigrant in the U.S.

All in all, across the board, critics agreed Castro’s performance was coherent, prepared and studied in advance — his performance also shining on Google with a 2,400% increase in name searches.

.@JulianCastro has spiked +2,400% in search since the #DemDebate started.

“Julian Cástro spoke eloquently on the issues and presented a bold vision for our country, which allowed him to break apart from other candidates and shine on the debate stage. He made our community proud last night,” said Melissa Mark-Viverito, Interim President of Latino Victory Fund.

He tackled the situation with perfect body language, respect, and using the only phrase in Spanish that actually resonated with the country: “Adiós Trump”.