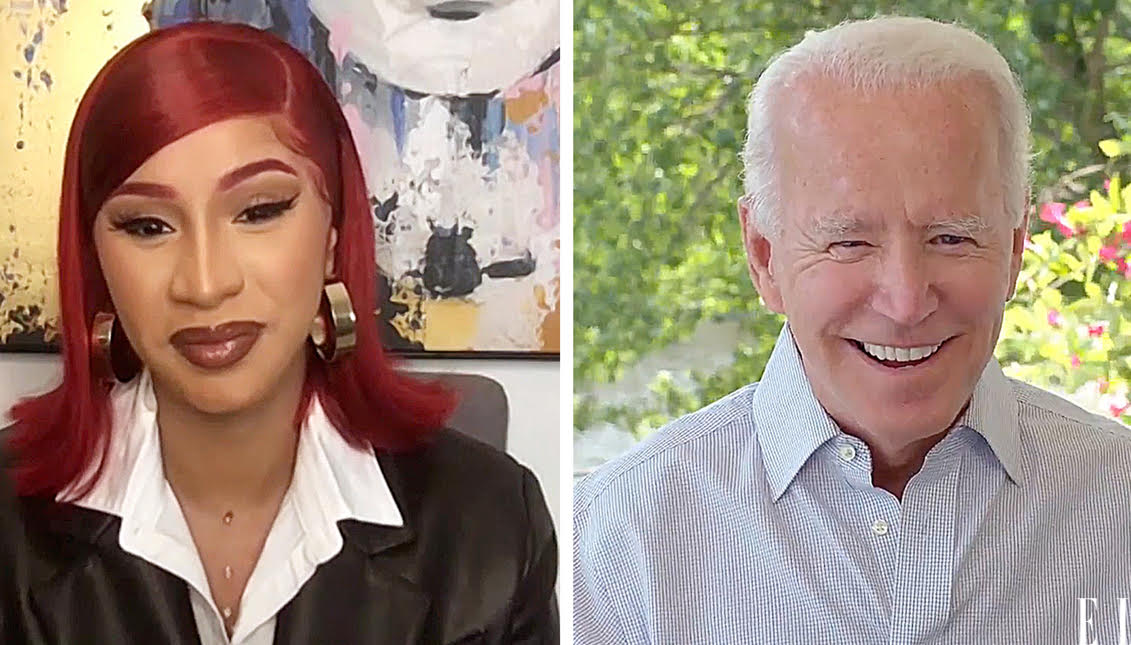 The rapper interviewed the Democratic presidential candidate over the weekend. Photo: Elle.com

Ahead of the presidential election, rapper Cardi B interviewed Democratic presidential candidate Joe Biden about a list of issues important to Americans…

Cardi B has always voiced her opinion on important issues and political ones in particular. On Aug. 21, through a virtual meeting, Cardi had a list of policies she wanted for the country and threw them former Vice President Joe Biden’s way..

“Oh SNAP. Is this real? Hi Biden!” the rapper opened the conversation.

Very quick small talk was exchanged between the two before getting down to business. At the top of the list was President Trump.

“I just want Trump out. His mouth gets us in trouble so much,” said Cardi.

What are her desires? It’s simple, she doesn’t want to be lied to, especially amid a pandemic where lives are on the line.

In the bigger picture, coronavirus has displayed the cracks in our healthcare system And Cardi, like a growing number of Americans, is begging for universal healthcare.

She also pointed to the bubble of student loan debt and the murder of Black people by police as her other top concerns.

Biden’s plan for healthcare is to expand Medicare access as well as auto-enroll Americans into a government health insurance program at no cost.

He also had a subtle nod to Cardi’s generation of young people, which he called “the smartest, best-educated, the least prejudiced and most engaged generation in history.”

And you’re going to change things. I really mean it!” said Biden “I’m not trying to be nice.”

In addressing Donald Trump’s rhetoric, Biden called it a “game of making people hate each other.”

PADEMS call in the big names to Philadelphia
October 30th, 2022
In first State of the Union, Biden talks Ukraine, the economy, COVID-19 and much more
March 2nd, 2022
First Lady Jill Biden reckons with no free community college in Build Back Better
February 8th, 2022

“Because that’s how he wins, by dividing us,” he said. “Your generation is changing it.”

But the rapper went on to challenge Biden’s hopeful vision for the future by recounting the many Black men that have been murdered by police.

“A lot of people feel like [they're] not even part of America," she said.

In response, Biden vowed to own up to his mistakes should he become president.

“Just check me out, I’ve never broken my word. Never in my life,” responded Biden.

The singer who is breaking charts with her newest single “WAP” is not new to policy talk, as she and Bernie Sanders chatted last year when he was a Democratic nominee.