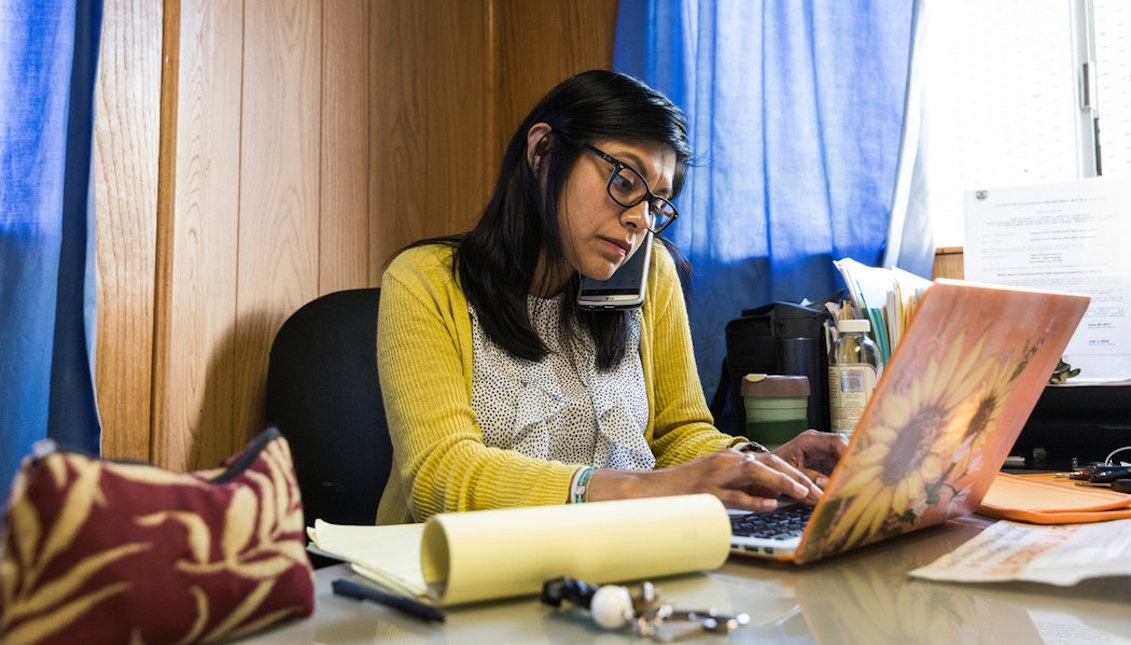 Lizbeth Mateo at her office in Pasadena, California. Lizbeth, who was born in Mexico and who received her lawyer's license, has lived in the United States as an undocumented immigrant for years. Source: Emily Berl for The New York Times.

California appoints an undocumented immigrant to a state position

Just one day after Trump's visit to the state of California, the state Senate has appointed an undocumented immigrant to work on an Advisory Committee.

This is so far the most vigorous answer that any state can give to the persecutory and anti-immigrant policies of the Trump Administration.

Just one day after President Trump's controversial visit to the state - in which he devoted himself to political proselytizing and visiting models of his coveted border wall - the California Senate Rules Committee named the first undocumented resident to a state position, as reported by The Sacramento Bee.

"Lizbeth Mateo, a 33-year-old attorney and immigrant rights activist, will serve on the California Student Opportunity and Access Program Project Grant Advisory Committee," explains the source. "The committee advises the California Student Assistance Commission on efforts to increase college access for California students from low-income or underserved communities in California."

The state Senate's decision has been perceived as a radical response to President Trump's comments and criticisms of the state for its "lax" immigration control measures.

During his first visit as president to the state, Trump criticized Gov. Jerry Brown for doing "a terrible job" in running the state where, he continued, "there are criminals living."

For his part, the governor responded via Twitter: "Thanks for the shout-out, (president). But bridges are even better than walls. And California remains the 6th best economy in the world and the most prosperous state in the United States. #Facts."

In addition, the pro tempore President of the California Senate, Kevin de León, said in a press release that, "while Donald Trump fixates on walls, California will continue to concentrate on opportunities. Ms. Mateo is a courageous, determined and intelligent young woman who at great personal risk has dedicated herself to fight for those seeking their rightful place in this country."

According to Newsweek, Mateo was born in Oaxaca (Mexico) and came to the United States with her parents when she was only 14 years old. Because California has been the first state to allow undocumented immigrants to practice law since 2014, Mateo managed to get her degree at Santa Clara University in 2016 and passed the California State Bar last year. De León finally swore her in on June 29, 2017.

Through a statement, Mateo thanked the opportunity and assured that "while undocumented students have become more visible in our state, they remain underrepresented in places where the decisions that affect them are being made".