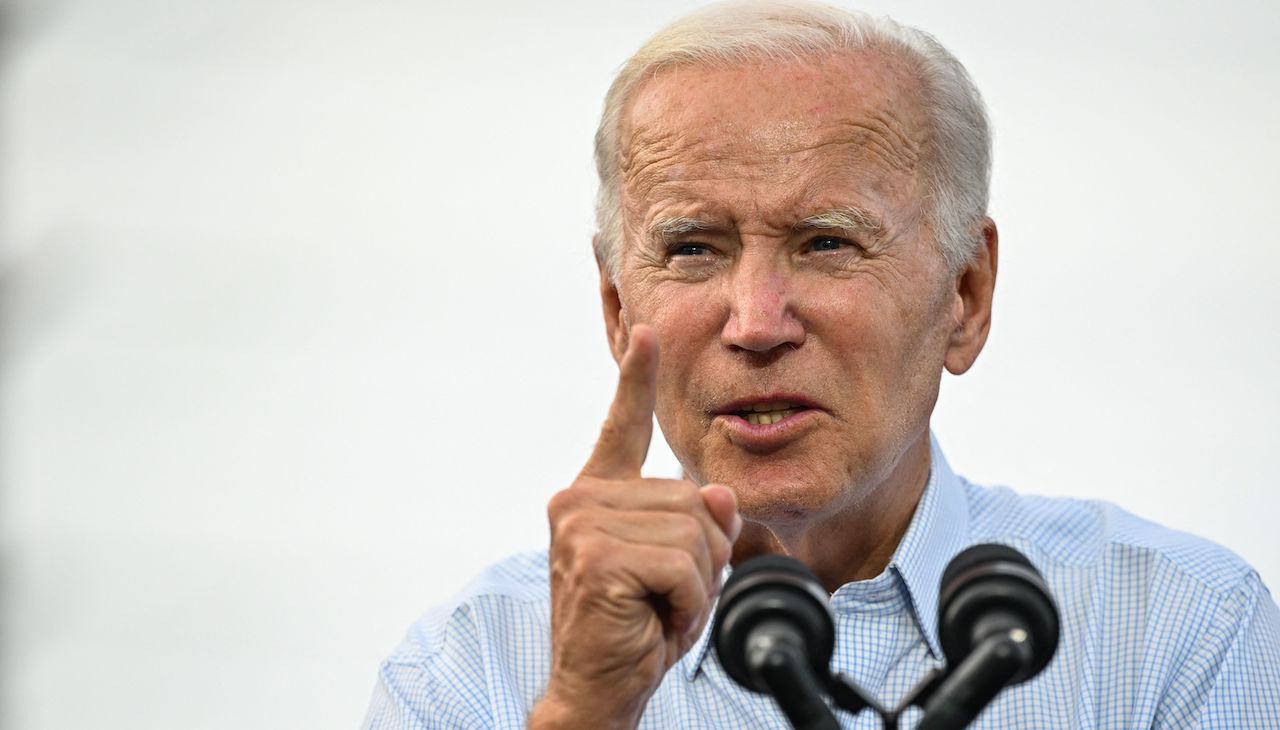 As first reported by The Hill, the Congressional Hispanic Caucus Institute announced that President Joe Biden will be present at the organization's 45th Annual Awards Gala this year in Washington D.C. on Sept. 15.

“A long-time ally of the Latino community, President Biden will deliver remarks to an audience of policymakers, industry leaders, and community champions. The 45th Annual Awards Gala is the culmination of our signature Hispanic Heritage Month events, which foster dialogue, engagement, and development for the next generation of Latino leaders,” read an announcement from the organization.

Its mission is to help train young Hispanics who wish to work in government one day.

This is the CHCI’s first in-person conference since 2019 due to the COVID-19 pandemic. It hosts the biggest names in Latino advocacy, culture, and politics. Biden is also the first president since Barack Obama to appear at the event. Obama delivered an address back in 2016. Former President Donald Trump never received an invitation due to his thoughts on the Latino community. That, along with his policy to take away DACA, as well as for pardoning the infamous Arizona Sheriff, Joe Arpaio, also led him to never get an invite.

Vice President Kamala Harris will also be participating, speaking at the leadership conference on Sept. 13.

In an Instagram post, the vice president’s speech “will help kickoff the Leadership Conference with a conversation around how the Biden-Harris administration is addressing the most pressing issues facing the Latino community and the nation.”

“As one of the leading voices in our country, the Vice President’s dedication to providing a more equitable future for the Latino community will complement this year’s theme: Rooted in Strength, Achieving our Dreams,” the post continued.

CEO of CHCI Marco Davis told The Hill that Biden and Harris’ attendance and participation speak volumes to the consideration of the Latino community at the highest levels of governance.

“It’s an example of the commitment of our nation’s highest ranking leaders to our community and desire to engage with us directly — to speak to us, to hear from us, to learn about our needs and desires,” he said.

The importance of integrating the Latino community into public policy
September 14th, 2022
Philly prepares for buses of migrants, thought not yet a target
September 12th, 2022
Will Latinx vets benefit from the PACT Act?
August 12th, 2022

Biden has participated in the event prior to this year's function, but only virtually as COVID made the event do so for a number for two years. Biden was a keynote speaker on two different occasions for the event, once as a Democratic Presidential candidate in 2020 and the other the following year as sitting president.

last fall, so technically he participated… but him being [there] in person is a very different thing,” Davis told The Hill.

Cuban icon, Celia Cruz will be posthumously honored at the event with the 2022 Medallion of Excellence Award. Xavier Becerra, the Department of Health and Human Services Secretary, will also be honored with the American Dream Medallion Award.

Other honorees include retiring Reps. Lucille Roybal-Allard from California, New Jersey’s Albio Sires, Kenia Seoane López, Associate Judge of the Superior Court of the District of Columbia, and CHCI alumnus who heads the U.S. Department of Health and Human Services Office of Intergovernmental and External Affairs, Marvin Figueroa.

The Congressional Hispanic Caucus, CHCI’s parent organization, are openly nonpartisan as they have welcomed both Republican and Democratic members as well as other Hispanics without a party who co-exist for a common interest in political leadership.