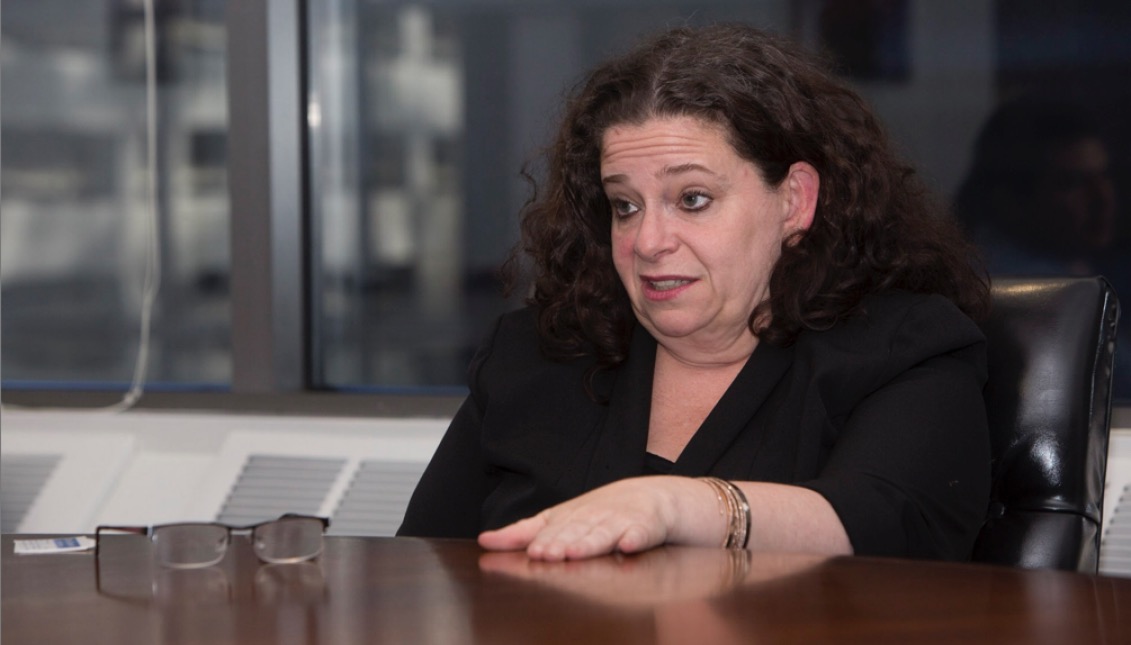 Beth Grossman, the Republican candidate for District Attorney of Philadelphia

Within a month of the general election day, the candidates for the position of District Attorney uncover their cards in order to conquer the largest number of…

The first to do it in front of the microphones and cameras of AL DÍA is the prosecutor and Republican candidate Beth Grossman, who aspires to the position to give credibility to that entity.

Beth Grossman is the Republican candidate for District Attorney of Philadelphia. But this wasn’t always her party. In fact, she was a Democrat until 2013, when - according to her - she realized that several public officers of that party began to be investigated and concluded that the city needed a change that will come through the balance of its political forces.

Grossman claims that her more than 21 years of experience are her best cover letter for the position. She says that these two decades in the field have allowed her to know in depth what works and what doesn’t in the entity.

To make the changes required by the investigative body, Grossman assures that her strategy, if elected, will be to implement a preventive approach that will help reduce the prison population through the strengthening of alternative criminal programs such as pre-arrest diversion, youth court and re-entry programs.

According to the Republican candidate, these programs have proven to be successful because they "get more results especially with our young people" since it prevents them from going through traumatic experiences like criminal prosecution in a court.

“My goal is really to not increase convictions but to reduce arrests for the right reasons, because less crime has being committed. We still have gun violence and I am going to take a hard stance on that, including illegal gun possession that is problematic [and] for whatever reasons the DA Office for the past several years has really decreased addressing that. I think we’ve lost too many people to gun violence, that’s the real cause of the death here and I think we really have to go after that,” she said.

Grossman is also in favor of data sharing, which is nothing more than the exchange of judicial information between the police and administrative authorities in the city for the prosecution of crimes. She says that this must not only be done within the Police Department, but also with the Department of Licenses and Inspections to seal those abandoned properties that become a focus of crime.

"The other thing I am absolutely passionate about, because I ran a unit for eight years called the Public Nuisance Task Force - where we dealt with quality life issues like drug houses, drug businesses, brothels, banned businesses… to work and engage with communities all around the city,” she says.

Asked whether she believes that the Civil Asset Forfeiture program needs changes - a program she directed and which, according to her critics, is a disproportionate instrument of punishment because it affects entire families by taking away what little they have - Grossman acknowledges that the program is susceptible to improvement, but defends the management in front of it.

“I was the one who ran it, so I’m going to be quite frank about that. You have to understand that law is a pendulum, it always swings and changes, so things are certainly changing. But the story that always gets lost is that nobody wants to live next to a drug house. As we know, that is the ground zero of drug and opioid and it is horrible. I attended meetings in churches, civic room meetings and family homes because people suffer. That being said, the majority of houses that were forfeited were always where there wasn’t an owner or where you had a horrific landlord who cared nothing about the folks he had there.” she comments.

She stated that she never received orders on how much property or money she had to seize; that her work was never intended to bring benefits to the city, but to prevent or stop illegal activities.

Asked about how the campaign is going, she says that support has been growing over time. However, she knows it’s not easy. The Democratic Party has dominated the position for years, and most voters in Philadelphia are registered as supporters of that party.

But that is not all. Larry Krasner, her competitor, as well as dozens of local political and social leaders, has also received the support of super PAC millionaires who undoubtedly helped him oil a communication machine that, in the end, gained him more than 50,000 votes during the May primaries.

Grossman laments that this is "a political campaign for a position that is not political." She knows that November 7th will be a fight between David and Goliath, but she is sure that she will do everything in her power to get her message across all of Philadelphia and to be a surprise on Election Day.

Look forward to a more in-depth development of this interview in the October 25 print issue of AL DÍA News.