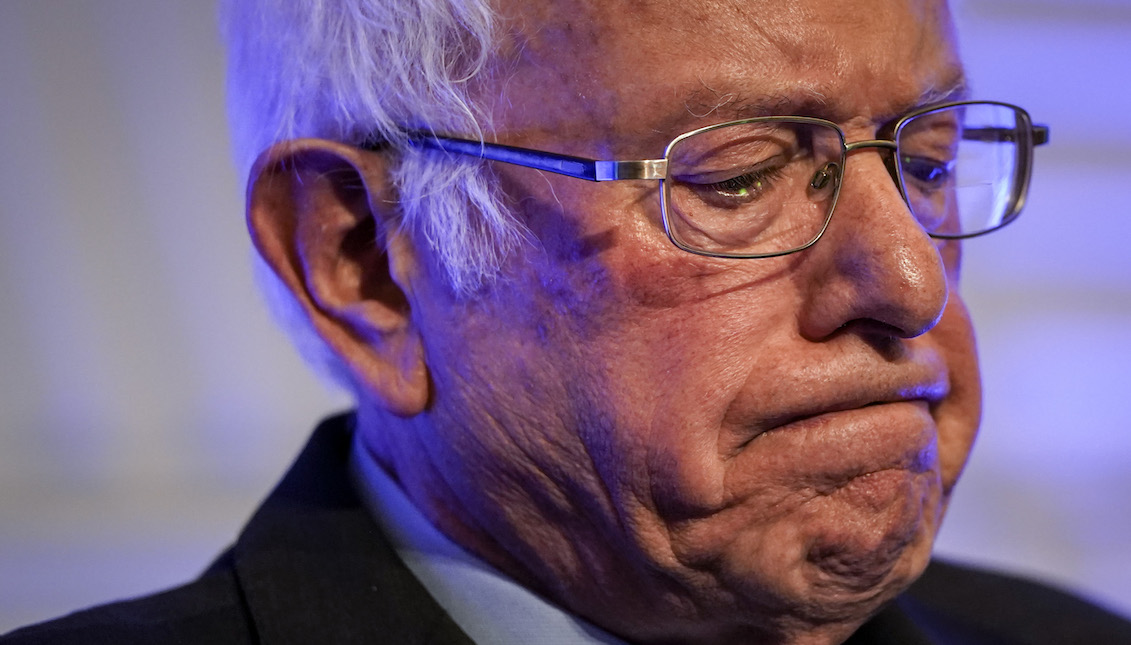 After leading the early results of the Democratic primary, the Vermont senator's main obstacle has been his closeness to the bogeyman of American politics:…

While Donald Trump and company went to Ukraine to find dirt to attack former Vice President Joe Biden in the November presidential election, Bernie Sanders has made their job easier by giving them all the necessary material in a YouTube video.

In his exclusive interview on Anderson Cooper's "60 Minutes," Sanders not only ended up getting a bad rap on how he intends to pay for his "Medicare For All" universal health care plan, but he also had to defend his statements in favor of some aspects of Fidel Castro's regime in Cuba.

“We're very opposed to the authoritarian nature of Cuba but you know, it's unfair to simply say everything is bad. You know?” Sanders said. “When Fidel Castro came into office, you know what he did? He had a massive literacy program. Is that a bad thing? Even though Fidel Castro did it?”

It seems that for a majority of Democratic voters, and especially Republicans, these kinds of comments are not only bad but serious.

“Donald Trump wins Florida if Bernie is our nominee,” said state Rep. Javier Fernandez to Politico.“If Bernie Sanders is atop the ticket, it’s going to make it tougher for all of us to win in Florida,” said Fernandez, who has endorsed Sanders’ rival, Joe Biden. “No one really sees Sanders winning Florida and I don’t think his campaign does either.”

After Castro came to power in Cuba in the late 1950s, most of the island's diaspora relocated to the U.S. mainland, adding about 2.4 million people today.

This exodus coincided with the most critical stage of the Cold War, where the ghost of socialism and communism was almost as potent as a nuclear conflict with the Soviet Union.

As Fabiola Santiago, a Cuban expatriate in Florida, recalled, the price of Castro's literacy program on the island was the establishment of one of the most violent and oppressive regimes in human history –one that is still in place today.

"Free education' in Cuba isn’t free," Santiago tells Sanders in her opinion column for the Miami Herald, "and the Castro literacy program the American left has bought into is rooted in indoctrination and devotion to the one-party political system.”

"Your apparatchik views on Cuba, Senator, are as old and dated as the photos of me and my mother," Santiago concludes.

Similarly, regimes like the Chavista in Venezuela copied the Cuban system in the indoctrination and radicalization of communism that, according to Carl Marx himself, is utopian, and which has only led to the backwardness of their societies and to unprecedented humanitarian crises.

When it comes to translating Sanders' ideology into votes, the issue is more complicated.

To bet that Democratic voters –and those who are undecided– will embrace the candidate's proposals by passing over the "socialist" label that accompanies his campaign is a risk that cannot be taken in the face of Donald Trump's possible re-election.

Bernie Sanders comes to Philly to boost nationwide union efforts amid Starbucks and Amazon wins
August 20th, 2022
‘The Impasse of the Latin American Left’: What did we learn from the Pink Tide?
May 30th, 2022
AOC, Bernie team up in support of new Amazon warehouse unionization effort in Staten Island
April 25th, 2022

Considering that the voting demographics in the country are divided into Democrats, Independents, and Republicans and that the first two are still divided among the remaining candidates in the primaries, ensuring that all opposition to Trump will close ranks behind Sanders is an empty bet.

As Slate reported, while Democrats have shown no aversion to socialism in recent polls, Independents and more conservative members of the party might abstain from voting for a candidate, even if he is "social democratic.”

This means, in short, that a significant part of the Democratic Party could cause the vacuum necessary for Trump to be re-elected.

Especially when Sanders himself has given the president all the ammunition he needs to attack him and convince the doubters.

Sanders defined his Democratic Socialism in a way that was again antagonistic to Trump:

“When Donald Trump was a private businessman in New York, he got $800 million in tax breaks and subsidies to build luxury housing. That's called corporate socialism. What democratic socialism is about is saying, 'Let's use the federal government to protect the interests of working families.'”

And if Trump intends to attack him for that, Sanders said his counterattack will be to resort to the epithet "pathological liar" and shut down the conversation there.

Will this be enough?