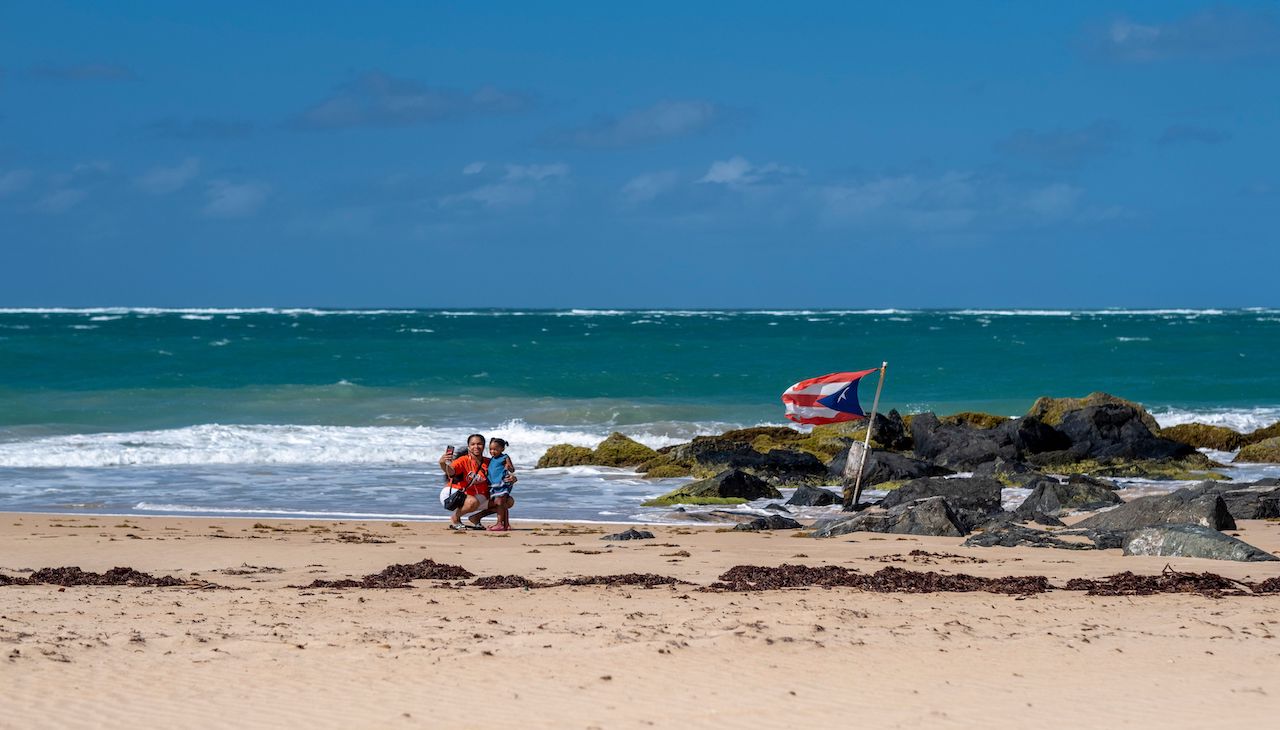 In Puerto Rico, it’s a battle for the beaches

Recent protests have sparked on the island as non-native U.S. mainlanders arrive in droves, driving up the costs of living.

Many Puerto Ricans are feeling unwelcome on their own island as rich mainland Americans, social media influencers, and “crypto colonizers” arrive in droves to the tropical U.S. territory. In response, islanders held a massive beach protest to remind newcomers that the beaches belong to everyone.

The commonwealth’s cost of living has skyrocketed in recent years, mainly due to non-natives scooping up low-cost real estate in the aftermath of 2017’s Hurricane Maria.

Last Summer, residents of the popular beach town Rincón joined forces with environmental advocates to push back, demanding that a condo site end construction of a pool that cuts off beach access and threatens the life of endangered turtles that lay their eggs nearby.

In January 2022, the protests heated up again, when a group of young beachgoers were harassed by rich homeowners who refused to let them set up a tennis court on the public beach.

"Beaches belong to the people" is the slogan of a protest movement in Puerto Rico against the privatisation of beaches, often for real estate projects, and the environmental impact of this appropriation. pic.twitter.com/a8LU0kk1xV

After a video of the encounter went viral, the community organized a beach protest in Ocean Park. weeks later, hundreds of residents showed out for another demonstration, called ‘Ghetto Beach,’ in Dorado.

Online videos of the protest feature participants chanting “las playas son del pueblo” or “the beaches belong to the people,” and “yo soy Boricua, pa que tu lo sepas” which means “I’m Puerto Rican, just so you know.” The protests itself were parties, with sports tournaments, dancing and sunbathing.

The beach party protest energy comes from years of frustration with wealthy newcomers, and policies that allow them to enjoy tax breaks at the expense of island natives.

Carlos Berríos Polanco, Latino Rebels writer and lifelong Puerto Rican who has attended and written about the protests, said that for residents that are not rich, their ability to take part in or enjoy the natural resources of the island is “significantly hindered.”

Polanco also said that new homes are closing off beaches which are meant to be open to the public. These homes are also way too close to the water, and if a flood were to occur, it could cause pollution issues and endanger marine life.

In 2021, four Congress members asked the U.S. Fish and Wildlife Service to declare a beach in Rincón a critical habitat for endangered leatherback and hawksbill sea turtles. Both species lay their eggs in this area, and overdevelopment along the coast would displace their nesting grounds.

The Puerto Rico Department of Environment and Natural Resources (DRNA) has reported that the beach often hosts about “20 sea turtle nests per season” and that some turtles and eggs had to be relocated from the area for safety reasons.

“DRNA notes that because of coastal erosion, Los Almendros beach is one of the few remaining beaches in the municipality where there is a sandy coastline suitable for hawksbill and leatherback turtles to nest,” the congress members wrote in their statement.

Puerto Ricans threw a party to send a message that “the beaches belong to the people.” They believe some beaches are being illegally privatized in places like Dorado. pic.twitter.com/tUHfNzmGKZ

Tara DePorte, founder of Human Impact Institute, said that overdevelopment can present many dangers for fragile ecosystems and aquatic wildlife. In the past, DePorte did research on sea turtles in Barbados, discovering that development that brings extra car and foot traffic isn’t the other risk for the species.

“When they hatch, they go straight to the water, and a huge [problem] is light pollution. Light on land confuses the hatchlings… they’re programmed to know that the brighter thing is where they’re supposed to go. When there are too many lights in the other direction with development they go that way… they’re totally open for predators,” DePorte told Gizmodo.

More development also leads to toxic runoff in nearby waterways, which can harm marine environments.