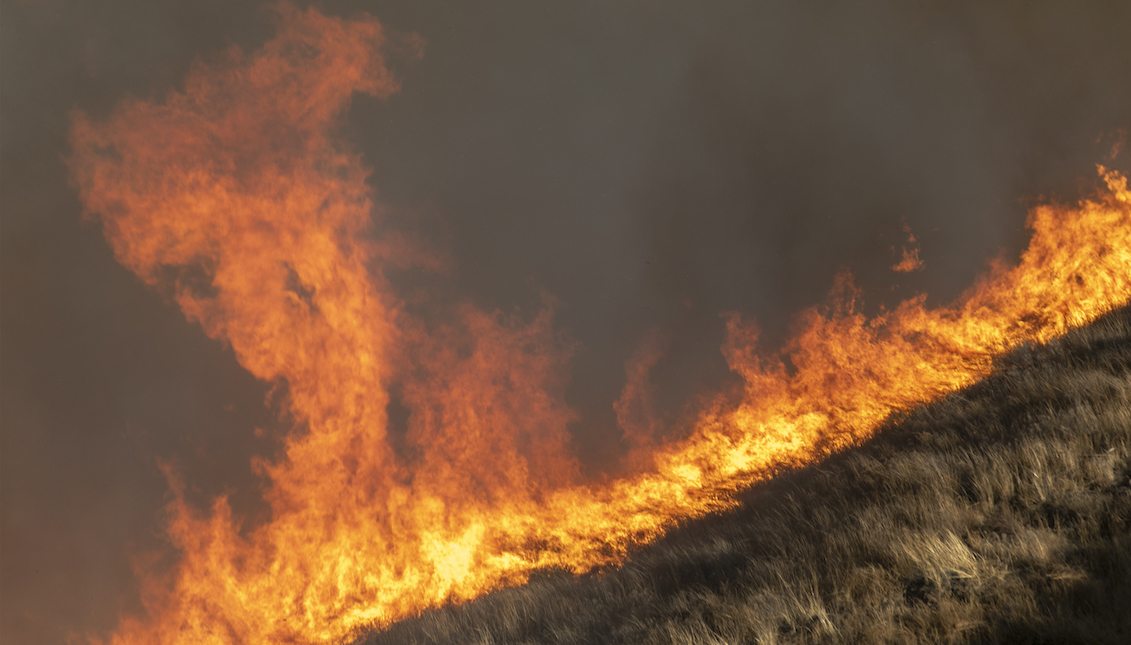 The Trump Administration withdraws from the Paris Agreement while California burns

The policies of the Trump Administration had never been as paradoxical as with climate change.

Over the past three weeks, the state of California has seen how tongues of flame devoured much of its territory, threatening the population and their natural reserves alike.

The so-called Kincade fire in the north of the state has devastated more than 70,000 acres for 11 days, or the equivalent of twice the city of San Francisco, according to NPR.

The result has been 180,000 displaced people and 374 buildings destroyed since last October 23.

Powered by the typical autumn winds, several foci of simultaneous fires have attacked other areas of the state, and this is not the first time that happens.

According to National Geographic, the region usually experiences very long and dry summers that transform the vegetation into fuel that ignites and extends thanks to annual winds, affecting ecosystems such as the chaparral in the south and the pine forests of the north.

This is a circumstance that has been on the rise for more than 30 years, with fifteen of the 20 largest fires in the history of the state since 2000.

And all fingers point to an unavoidable culprit: climate change.

"Over the past century, California has warmed by about 3 degrees Fahrenheit, more than the global average of about one degree Fahrenheit," the magazine adds. "Hotter air draws water of plants and soils more efficiently than cool, leaving the trees, shrubs and rolling grasslands of the state dry and primed to burn."

Despite scientific evidence, the Trump administration continues to turn a deaf ear.

Since the beginning of his administration, Donald Trump has established the fossil fuel-dependent industry as a priority in his speech, as well as diplomatic separatism as an external strategy, announcing his withdrawal from the Paris Climate Agreement during June 2017.

The denial of his campaign - which has insisted from the beginning that climate change is a "scam" - has cost him international criticism of both counterparts and activists, including the young Swedish Greta Thunberg.

But the government remains motionless in its positions, to the point of threatening California with funding cuts to fight forest fires.

In a series of tweets on Sunday, the U.S. president blamed the governor of California, Gavin Newsom, for not knowing how to "properly manage" the state's forests, and focusing on environmentalists and not ending the fires.

"Every year, as the fire’s rage & California burns, it’s the same thing happens - and then he comes to the Federal Government for $$$ help," Trump wrote. "No more. Get your act together Governor. You don’t see close to the level of burn in other states.”

The Governor of California, @GavinNewsom, has done a terrible job of forest management. I told him from the first day we met that he must “clean” his forest floors regardless of what his bosses, the environmentalists, DEMAND of him. Must also do burns and cut fire stoppers.....

For Newsom, the answer was simple: "You don't believe in climate change. You are excused from this conversation."

You don’t believe in climate change. You are excused from this conversation. https://t.co/PSt8N39Er5

And excluding itself is something that this government knows how to do very well.

This Monday formally begins the withdrawal of the United States from the Paris Climate Agreement, according to what State Secretary Mike Pompeo said in a press release.

The procedure will take a year to complete, and may be made official just the day before the presidential elections of 2020, CBS News explained.

During this time, the United States is no longer forced to reduce or control carbon emissions, and may formally ignore any type of discussion during international summits in this regard - something that the president has already taken for granted from the beginning.

Meanwhile, the taxpayers, which Pompeo uses as an argument for the Administration to exit the agreement, are those who suffer the effects of the great global threat, while the most populous state in the country flees from fires, it experiences power cuts and loses everything in the blink of an eye.