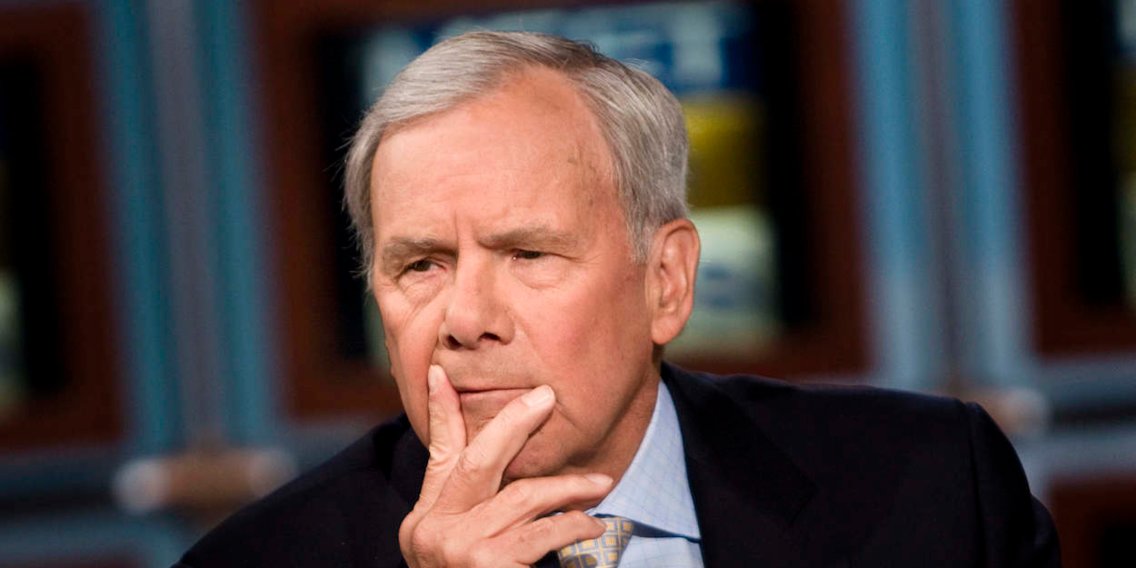 While discussing immigration on Meet the Press on Jan. 27, journalist Tom Brokaw made comments about Hispanics needing to do a better job “assimilating” to the…

During an appearance on Meet the Press Sunday morning, NBC News senior correspondent Tom Brokaw made some comments about the Hispanic community and their role in assimilating to the United States, that raised some eyebrows.

As a panelist discussing the topic of the U.S.-Mexico border wall that has been a major talking point throughout the longest government shutdown in U.S. history, Brokaw said:

"On the Republican side, a lot of people see the rise of an extraordinary, important new constituent in American politics, Hispanics, who will come here and all be Democrats."

"Also, I hear, when I push people a little harder, 'Well, I don’t know whether I want brown grandbabies.' I mean, that’s also a part of it. It’s the intermarriage that is going on and the cultures that are conflicting with each other."

"I also happen to believe that the Hispanics should work harder at assimilation. That’s one of the things I’ve been saying for a long time. You know, they ought not to be just codified in their communities but make sure that all their kids are learning to speak English, and that they feel comfortable in the communities. And that’s going to take outreach on both sides, frankly."

As a long-time journalist, one of the most respected in the industry, these comments from Brokaw does a poor job of explaining the role that both sides should play in assimilation, as he stated should be the case.

It is unclear who had stated to him they were unsure about wanting “brown grandbabies.” The inclusion of this statement implies that this is a common thought process that is shared among most Americans. It also implies that Hispanics don’t have pride in their own culture, therefore not wanting to pass down that culture to the next generation.

A large part of what makes America the country it is is the many different cultures that make up the totality of the nation. However, making a comment like “Hispanics should work harder at assimilation” implies that Hispanics, alone, are at fault for the difficulties they face upon emigrating to the United States.

To say that there is an issue of cultures conflicting with each other shows that those emigrating to the United States are not all being given the opportunity to immerse in their culture because they should be working on embracing American culture.

There also is an implication that the only way for Hispanics to feel comfortable in their communities is to learn to speak English.

Spanish, as well as many other languages, make up the entire United States. Simply learning the English language is no guarantee that others will look at another as “one of their own,”

Being “codified to their communities” is often because there may be only certain parts of the country, or city, they feel welcomed in.

Several hours after making the comments, Brokaw took to Twitter to issue an apology through a series of tweets.

i’ve worked hard to knock down false stereo types. in my final comment in Meet i said ALL sides hv to work harder

finally, i am sorry - i never intended to disparage any segment of our rich, diverse society which defines who we are.

Brokaw’s comments simply heightened the stereotypes that often fall onto Hispanic immigrants—the same stereotypes he tweeted he’s worked so hard to knock down.

While he did say assimilation outreach efforts need to take place on both sides, the rest of his comments were a huge implication that Hispanics are the sole culprits for any failures to assimilate. That simply isn’t true.

For a nation as culturally diverse as the U.S., the effort to embrace the different cultures that comprise the U.S. population should be a fairly simple one: to understand the differences one may have with another, and find a common ground. It’s about unity, not divisiveness.